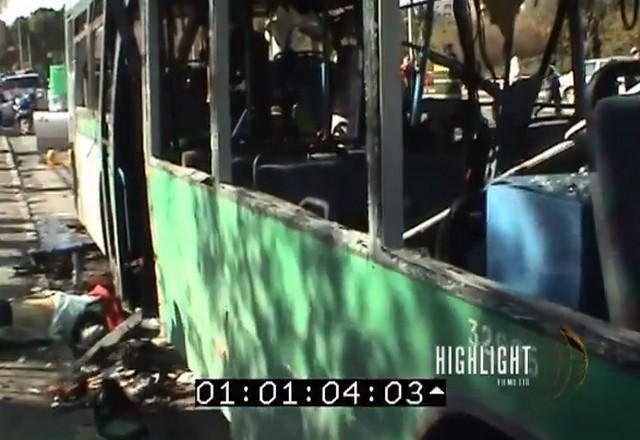 Is the Palestinian Authority interested in peace? Although you probably knew the answer, we now have more proof that the PA directly rewards terrorism against Israel, and has developed a process to determine how much to reward terrorists based upon how serious the terror act was.

Edwin Black reported Friday that unsealed documents not only show that the Palestinian Authority (PA) paid terrorists, but had a formula for rewarding terrorist acts against Israel.

Thousands of documents, newly obtained by this reporter through a lawsuit to unseal court-protected files, demonstrate that these payouts are not blind automated payments. Rather, senior Palestinian Authority officials as high as President Mahmoud Abbas scrutinize the details of each case, the specific carnage caused, and the personal details of each terrorist act before approving salaries and awarding honorary ranks in either the PA government or the military. Ministry of Prisoners spokesman Amr Nasser has explained, “We are very proud of this program and we have nothing to hide.” Nonetheless, in response to the international furor over the payments, the Palestinian Authority announced last year it would replace the Ministry of Prisoners with an outside PLO commission known as the Higher National Commission for Prisoners and Detainees Affairs.

Black provided an example of this system:

The interdepartmental bureaucratic notations the Palestinian Authority has recorded on each terrorist before approving the level of salaried compensation is extensive. For example, one prominent case involved Ahmad Talab Mustafa Barghouti, who personally coordinated numerous terrorist acts. These included a January 2002 shooting spree on Jaffa Street in Jerusalem, killing two and wounding 37; a March 2002 shooting spree at a Tel Aviv restaurant, killing three and wounding 31; and finally a March 27, 2002 attempt to smuggle an explosive suicide belt in an ambulance. The Israel Defense Forces arrested Barghouti. On July 30, 2002, a military court concluded that he was responsible for murdering 12 Israelis, and he was sentenced to 13 life sentences

Barghouti, who had been a sergeant in the Palestinian police, continued to draw his salary while in jail and received raises and in 2008 a promotion by a presidential order.

In the ongoing terror trial against the PLO in New York, The Investigative Project reported in January that the attorney representing Americans killed and wounded in Palestinian terror attacks made similar arguments.

Kent Yalowitz began his opening statement by describing a cold, rainy day in Jerusalem in March 2002 when Alan and Yonni Bauer were struck by shrapnel sent flying by a suicide bomber. “The scene was chaotic,” Yalowitz said, “filled with smoke and fog.” The bomber was a former Palestinian police officer who was helped by other Palestinian Authority officials in plotting the attack, Yalowitz said. The PA continues to pay his family for his martyrdom. Those convicted of helping plot the attack also stayed on the government payroll. “These were not rogue employees,” Yalowitz said. The evidence will show that the PA facilitated the attacks through its own policies and practices, by providing material support to the terrorist plotters and by its own words glorifying the attacks and those responsible.

Last year at a Congressional hearing U.S. Assistant Secretary of State Anne Patterson asserted that funds paid to terrorists were to provide for their families, but, in fact the funds are paid directly to the terrorists. This latest revelation further undermines Patterson’s testimony.

At a time that the Palestinians are pursuing legal action against Israel at the International Criminal Court, these latest revelations show the hypocrisy underlying efforts to criminalize Israeli construction. By supporting terror the Palestinian Authority is blatantly violating international law, to give its claims credence without calling it to account is to excuse murder as government policy.

“Last year at a Congressional hearing U.S. Assistant Secretary of State Anne Patterson asserted that funds paid to terrorists were to provide for their families, but, in fact the funds are paid directly to the terrorists”

And this made sense to WHICH freaking genius employee of the USA ? To even think about trying to give’support to the families”, with American tax dollars no less ?’

And this asshole is still employed by us ?

Evil does exist. The evidence is the Left.

State lied to Congress, in other news: the Sun is bright.

It’s supposedly against U.S. policy to negotiate with terrorist — but Obama blames Israel if it doesn’t do it.

We can only imagine what were Obama’s “blind spots” and “biases” that he refers to in the quote below.

Obama’s close friend Rashid Khalidi was a spokesperson for the PLO when the U.S. State Department declared them a terrorist organization.

ALLIES OF PALESTINIANS SEE A FRIEND IN OBAMA

… A special tribute came from Khalidi’s friend and frequent dinner companion, the young state Sen. Barack Obama. Speaking to the crowd, Obama reminisced about meals prepared by Khalidi’s wife, Mona, and conversations that had challenged his thinking.

His many talks with the Khalidis, Obama said, had been “consistent reminders to me of my own blind spots and my own biases. . . . It’s for that reason that I’m hoping that, for many years to come, we continue that conversation — a conversation that is necessary not just around Mona and Rashid’s dinner table,” but around “this entire world.”

to release the Obama/Khalidi video.