When you’ve lost the Washington Post and Tim Kaine … 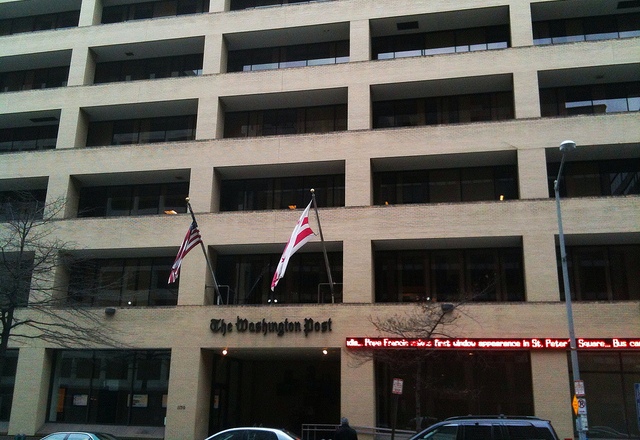 Last week, Prof. Jacobson noted that The Washington Post published an editorial criticizing President Obama’s handling of the nuclear negotiations with Iran. Prof. Jacobson’s mentioned the editorial in the context of arguing that the likely deal is against “the best interests of the American people.”

But there’s something else remarkable about the editorial. It was the fifth one since October in which the Post questioned the concessions being made by the P5+1 nations; and several of the central points of the editorial were buttressed by Sen. Tim Kaine (D – Va.), so they could hardly be called partisan. To quote from the editorial:

A related problem is whether Iran could be prevented from cheating on any arrangement and acquiring a bomb by stealth. Mr. Kaine (D) underlined that an attempt by the United States to negotiate the end of North Korea’s nuclear program failed after the regime covertly expanded its facilities. With Iran, said Mr. Kaine, “a nation that has proven to be very untrustworthy . . . the end result is more likely to be a North Korean situation” if existing infrastructure is not dismantled.

The administration at one time portrayed the nuclear negotiations as distinct from the problem of Iran’s sponsorship of terrorism, its attempts to establish hegemony over the Arab Middle East and its declared goal of eliminating Israel. Yet while the talks have proceeded, Mr. Obama has offered assurances to Supreme Leader Ayatollah Ali Khamenei that the two countries have shared interests in the region, and the White House has avoided actions Iran might perceive as hostile — such as supporting military action against the Syrian regime of Bashar al-Assad.

For their part, the Iranians, as Mr. Kaine put it, “are currently involved in activities to destabilize the governments of [U.S.-allied] nations as near as Bahrain and as far away as Morocco.” A Tehran-sponsored militia recently overthrew the U.S.-backed government of Yemen. Rather than contest the Iranian bid for regional hegemony, as has every previous U.S. administration since the 1970s, Mr. Obama appears ready to concede Iran a place in Iraq, Syria, Lebanon and beyond — a policy that is viewed with alarm by Israel, Saudi Arabia, Jordan and Turkey, among other allies.

So citing the history of negotiations with North Korea, Kaine establishes that negotiations that don’t dismantle a rogue regime’s nuclear infrastructure won’t prevent it from developing a nuclear weapon. Furthermore, he shows that during the negotiations Iran, rather than becoming more cooperative with the United States, has been increasingly destabilizing American allies in the Middle East.

In other words, Kaine makes the same arguments that Prime Minister Netanyahu is likely to make next month before Congress. These arguments against the concessions to Iran are being echoed by a newspaper that admits that it supported the Joint Plan of Action in November, 2013, saying at the time that “it is worthy as an interim step,” and that endorsed President Obama twice.

Another who understands the threat. The entire article is interesting, but be sure to at least read the 6th through 8th paragraphs.

Gasper, excellent. What impressed me most about Menendez was in the second or third paragraph where Herf mentioned his technical knowledge. Last March I was asked to watch a hearing where he question Wendy Sherman. Perhaps Sherman didn’t want to give too much away, but it seemed that Menendez had a much better technical understanding of the technical issues involved in Iran’s nuclear program than Sherman did. That was frightening.

Groovy to have WaPo worried as it might be…

Pres. Selfie-Stuck has me scared, and I’m fearless…

Once again, delusions kill, and there’s a whole lotta delusions goin’ on.

Obama said he would stand with the Muslims. And he is.

Obama is actively working to make certain the Iranians get nuclear weapons. Clear as hell.

Just like he is actively working to overthrow middle eastern regimes not dominated by Islamic jihadis. Clear as hell.

His only failure is in Egypt, where momentary success was then thwarted by the current leadership.

After six years of Obama we still have allies?