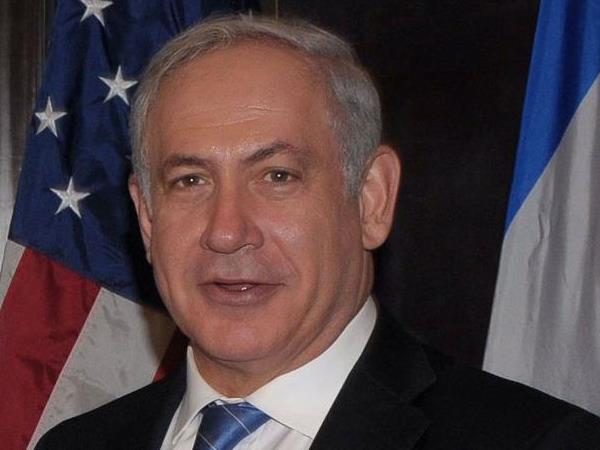 As threats of congressional boycotts by Democrats swirl, and as his political enemies in Israel and the U.S. seek to use the controversy against him, Israeli Prime Minister Benjamin Netanyahu just issued a statement that he still plans to speak before Congress next month:

I am going to the United States not because I seek a confrontation with the President, but to speak up for very survival of my country.

“First, on behalf of the people of Israel, I wish to send condolences to President Obama, the American people and the family of Kayla Mueller. We stand with you.

Israel’s survival is not a partisan issue, not in Israel nor in the United States.

This doesn’t mean that from time to time Israeli governments have not had serious disagreements with American administrations over the best way to achieve the security of Israel.

Israel’s first Prime Minister, David Ben-Gurion, declared Israel’s independence in the face of strong opposition from US Secretary of State George Marshall. Likewise, Prime Minister Eshkol’s decisions at the start of the Six Day War, Prime Minister Begin’s decision regarding the nuclear reactor in Iraq, and Prime Minister Sharon’s decisions to press ahead with Operation Defensive Shield; these were all strongly opposed at the time by American administrations.

Disagreements over Israel’s security have occurred between prime ministers in Israel from the left and from the right and American presidents from both parties.

None of these disagreements led to a rupture in the relationship between Israel and the United States.

In fact, over time, our relationship grew stronger.

But we do have today a profound disagreement with the United States administration and the rest of the P5+1 over the offer that has been made to Iran.

This offer would enable Iran to threaten Israel’s survival.

This is a regime, Iran, that is openly committed to Israel’s destruction. It would be able, under this deal, to break out to a nuclear weapon in a short time, and within a few years, to have the industrial capability to produce many nuclear bombs for the goal of our destruction.

This is not a personal disagreement between President Obama and me. I deeply appreciate all that he has done for Israel in many fields. Equally, I know that the President appreciates my responsibility, my foremost responsibility, to protect and defend the security of Israel.

I am going to the United States not because I seek a confrontation with the President, but because I must fulfil my obligation to speak up on a matter that affects the very survival of my country.

I'm determined to speak before Congress to stop Iran. RETWEET if I have your support. pic.twitter.com/5qTb89xf2i

Keep in mind the entire controversy was created by Democrats and the White House:

By the time Israeli Prime Minister Benjamin Netanyahu speaks, the situation should be clearer.

President Obama has said that March 1 is the deadline for the negoitiations, and Iran will have to accept or reject the P5+1 offer and Netanyahu is scheduled to speak on March 3.

Iran may have rejected it by then, and in any case at least the offer will be on the table.

I think Israel’s big objections are that the goal is that Iran will be in a position where it will take them at least one year to build a bomb, and there are no restrictions on any other weapon or on delivery systems.

But that even on its own terms such a deal is inadequate, and that doesn’t get you even to the question of what is Plan B for if and when they begin to violate it. Sanctions lifted by the United Nations Security Council or other countries won’t be put backlk so easily, and Russia and China will and can sell it weapons. Iran and Russia have a dormant mutual defense treaty.

The deal wouldn’t need any approval by the U.S. Congress, but it might call for removal of some U.S. sanctions, some dating from a long time ago.

There are others against this looming agreement: Formee Secretaries of State Henry Kissinger and George Shultz for instance.

For Obama, the goal is the deal, however bad. He just needs to get A Deal so he can say that George Bush-style cowboy diplomacy (in the left’s eyes) is inferior to Obama’s appease, negotiate, and cave-style (in the right’s eyes).

There was a United Nations Emergency Force in the Sinai between 1956 and 1967, but there was no provision for what to do if Egypt wanted to end the agreement.

The 1938 Munich agreement provided foir the independnece of what was left of Czechoslavakia, but there was both in the agreement and no commitment as to what to do if the agreement was broken.

So verification, even it is foolproof, so that you cannot deny that some part of an agreement has been violated, is not enough.

You need to know what you are going to do if the agreement is broken at Point A, Point B, Pimnt C and Point D.

Bibi is gonna turn the populist dogs on the Obama administration. Every time he speaks, half of America thinks, ‘man, wish he were our president…’.

Obama is determined to downplay terrorism just to protect his past political promises, and without apparent concern for the threat increase to Israel. The media covers Obama’s backside on this downplaying and moral equivalency schtick we’re seeing. But.. Bibi is about to educate a lot of Americans who aren’t aware of the dangers to all of a nuclear-armed Iran.

I hope he mentions that Iran has two big programs going. One is the nuke weapons program, of course – and the other is an intercontinental missile delivery system. They don’t put CARE packages in the tip of an ICBM. Name the western city Iran *wouldn’t* nuke.

Note to Netanyahu and Boehner: Arrange security yourselves.

This might resonate more with Obama and his cabal (Jarrett, Samantha Power, etc.) if you put it in lingo they understand: “R2P.”

“R2P” (Responsibility to Protect) was their official justification for Obama’s unilateral decision to send U.S. fighter jets to take out Libya’s Qaddafi (and that has worked out splendidly, BTW). Back then, they explained to us rubes out here in flyover land that world leaders have both a right and an obligation to take unilateral military action to protect vulnerable populations.

So next time Bibi, just explain that you’re following Obama’s lead and invoking R2P. (After all, what country’s population is more vulnerable than Israel’s?). Since it was Obama’s brilliant idea, how could he possibly object?

I love this guy, Bibi. It is a palpable comfort to see a mensch on the world stage.

Just to know that one still exists in this “Time Of The Living Poltroon”.

Lying punk Obama has met, or sent his Secretary of State to meet, with several heads of state before their elections. The last was Goodluck Jonathan in Nigeria, who got a visit with Kerry just before he suspended elections.

There are no less than FOUR UN Security Council Resolutions which prohibit Iran from ANY enrichment. Since he doesn’t plan to submit his new capitulation, I mean “agreement,” to the Senate for ratification, WHERE does Obama get the authority to supersede those UNSCRs?

Damn…. must be nice to have a leader that actually likes his country.

I am hoping that when Prime Minister Netanyahu stands before our Congress that someone in the White House will take notes on what it looks like to have a spine.

I doubt it. It’s difficult to take notes when you have your head planted firmly up 0’s *ss.