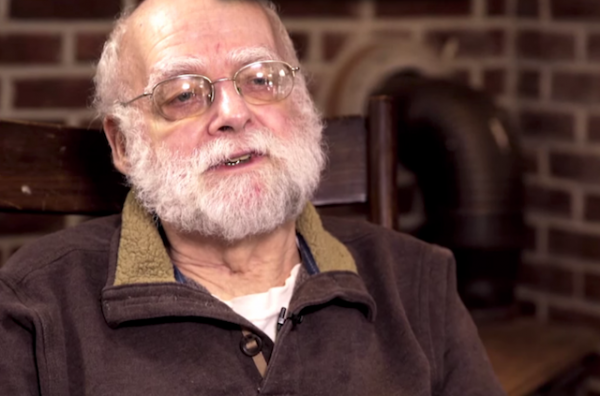 The Press of Atlantic City reports that gun charges brought against a retired NJ school teacher in possession of a flintlock pistol have been dropped. (h/t @LyndaCohen)

Cumberland County prosecutor Jennifer Webb-McRae announced that she will use prosecutorial discretion to decline to prosecute Gordon Van Gilder. She offered no further comment on the matter.

Van Gilder was represented by well-known gun rights attorney Evan Nappen, who also represented Philadelphia nurse and mother of two small children, Shaneen Allen, who NJ prosecutors attempted to hit with NJ’s multi-year mandatory minimum for gun possession.  Allen mistakenly believed that her Pennsylvania concealed carry permit would be valid in NJ, and admitted to possessing a handgun when she was pulled over during a routine traffic stop.

It seems any time that the light of day shines on New Jersey’s insane, and insanely unconstitutional, gun laws, the pols responsible for enforcing them scatter like roaches.

Good for Mr. Van Gilder.  I trust he’ll make good on his promise to re-locate outside of New Jersey at the earliest opportunity.

I could hear the sirens. really bad section of road due to wind tunnel effect

I’m very glad your wife made it through before the disaster.

I hope that angel stays on her shoulder.

Many thanks to those who worked on behalf of this man. NJ ought to be ashamed.

But did he get his “gun” back?

Never happen! Not in NJ

That was my first thought as well. I’m sure some corrupt official will add it to his or her collection.

So, he gets his gun back now, right?

From what I understand calling it a gun is actually being very generous. If I am remembering correctly it was non-functioning due to age, so its more like a gun shaped club than anything. However, it should be returned and I hope it will be.

“It seems any time that the light of day shines on New Jersey’s insane, and insanely unconstitutional, gun laws, the pols responsible for enforcing them scatter like roaches.”

Humm, why do I get the feeling that this is probably an elected prosecutor?

It’s more a case of being scared that a sympathetic victim of their “laws” would be able to appeal all the way up to the Supreme Court. They know that they have a very real chance of being slapped down there and aren’t willing to risk it. The criminals running NJ are terrified by the idea of their peasants being armed, they might shoot back.

The Press of Atlantic City reports that gun charges brought against a retired NJ school teacher in possession of a flintlock rifle have been dropped.

I was wondering how he got a flintlock rifle into the glove box of the car. They’re typically as long as a man.

The Press of Atlantic City clears this one up nicely:

My mistake, it was indeed a flintlock pistol. Now corrected.

Hey, Aaron Burr killed Hamilton with one of those in New Jersey!

I’m very glad the case was dropped. However, I have questions. Why is the man constantly described as “retired school teacher?” His former occupation has nothing to do with the stupid gun laws in NJ. Had he been an assistant dairy department manager in a supermarket would he have been described as “retired supermarket assistant dairy manager? Doubtful. So what is the big deal about school teachers? There are kazillions of them and they are not gods. Give it a rest.

Q: Will he get his gun back?
A: You have to be kidding.

Q: Will the next poor turkey caught with an antique firearm be treated this roughly?
A: Worse.

Q: Will there be a convient search warrant issued to search this man’s house for illegal weapons?
A: Most likely. Time to go through the collection and make sure everything is perfectly legal and documented, dump any prescription drugs that are expired, make sure all of your mattress tags are in place, etc…

Q: Will NJ politicians consider doing away with this law?
A: Very funny. How would the police accumulate their gun collections then?

The correctness of the answers to your very logical and reasonable question are dependent on the strength of Chris Christie’s desire to be president.

Well, this will SINK any hope Christi had of getting a prezzi nom. I mean, where is the LAW AND ORDER! This guy had an ASSAULT PISTOL for gods sake. It wasn’t REGISTERED! It was in a CAR and could have been in a DRIVE BY SHOOTING! Where is the “equal protection”? This guy was obviously a MENACE and should serve his 10 year sentence. If Christi doesn’t order the AG to arrest this guncriminal immediately his hopes for “higher” office are dashed.

Reading between the lines, I get the sense of two things:

1 — the prosecutor realized that she had a stinker of a case. By the law she might be able to win it at trial but the optics were just horrible, both for her office and for her personally.

2 — I rather suspect that the defense lawyer looked said prosecutor in the eye and said, “BRING. IT. ON. Prosecute and we’ll move to have the law invalidated on 2A grounds. We’ll take it to the USSC; my client will be well funded to do so and at his age, he’d be happy to go out with his name cited forever in a court decision!”

That latter one is the best way to best this idiot law. Each and every time: threaten to have the law invalidated. My guess is the prosecutors will back down.

Mr. Branca: any thoughts on that?

I’m not Mr. Branca and IANAL, but I’ll wager the answer to your question is “No, at least not until the chastened lefties get another seat on the USSC.”

Unknown if County Prosecutor Webb-McRae made the decision to file in the first place (most likely not – probably a DDA), but I’m sure her phone lines were being burned up in a lather by Second Amendment supporters, possibly historians and retired teachers, and attorneys and operatives from the ‘rat party if she’s a ‘rat. It just wasn’t worth it.

The only time that shouldn’t happen is when a gun is used in the commission of a crime. Prosecutors should get this same “attention” anytime a gun is taken from a peaceful citizen, regardless of state laws.

🙂 looking at your phrasing, then mine, I should have said “Yes, at least until the chastened……”

More likely it was the Pro(fessional)-Gun Control politicians speed dialing her 24/7. They know full well that their law is Unconstitutional and can’t risk having a case like this going to the Supreme Court.

It would be a replay of McDonald v. City of Chicago.