What if you picked your Super Bowl favorite based on fiscal responsibility?

What if you picked your Super Bowl favorite based on fiscal responsibility?

If you are rooting for the Seahawks, you obviously hate not only science, but America. 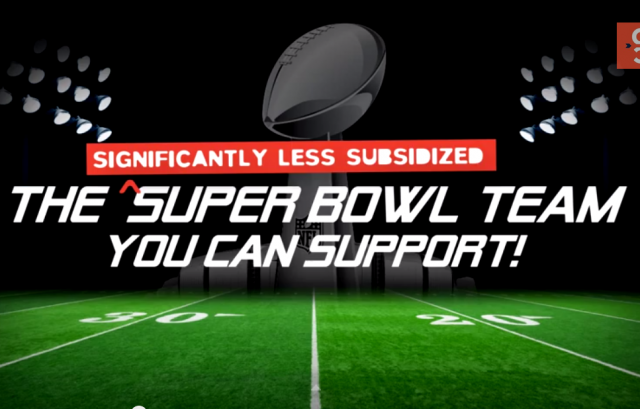 Tomorrow is the Super Bowl between The New England Patriots and the Seattle Seahawks.

“Deflate-Gate” is deflating. While there are rumors that the ball-boy may have done it, there doesn’t appear to be a history of such shenanigans:

Brady, too, has denied wrongdoing, amid an NFL investigation into allegations that 11 of 12 balls he used in the first half of a 45-7 rout of the Colts in the AFC Championship game were underinflated. His denial rang true not only to a couple of former Patriots quarterbacks but an ex-ball boy who spent a number of seasons helping Brady select the balls he used in games.

The former ball boy, who asked not to be identified because he is building a new career and does not want to become entangled in the national frenzy over Deflategate, said he never heard Brady express interest in the air pressure of game balls.

“The only thing I knew about his preferences were that he chose the balls that were more broken in and the ones he liked the grip of,’’ the ex-ball boy said. “He never said anything about inflation levels.’’

Nor did anyone else in the Patriots organization mention game-ball inflation levels to him, the former ball boy said.

Thomas Healy does not have tickets to the Super Bowl, but he plans to fly to Phoenix with something that is even harder to come by than seats at Sunday’s game: the first detailed, experimental data on how atmospheric conditions might have reduced the air pressure in footballs used by the New England Patriots in their victory over the Indianapolis Colts nearly two weeks ago….

Healy, who provided The New York Times with an advance copy of his technical paper on the experiments, concluded that most or all of the deflation could be explained by those environmental effects.

“This analysis looks solid to me,” said Max Tegmark, a professor of physics at the Massachusetts Institute of Technology who reviewed the paper at The Times’s request. “To me, their measurements mean that there’s no evidence of foul play.”

Why do Patriots haters hate science?

But put science aside, and your hate of the Patriots. How to choose which team to support?

The folks at Capitol City Project have an idea: Which team suckled the least off the public teet?

And with that as the test, you should choose the Patriots:

If you are rooting for the Seahawks, you obviously hate not only science, but America.

And you are sentenced to staring into this image for two hours. 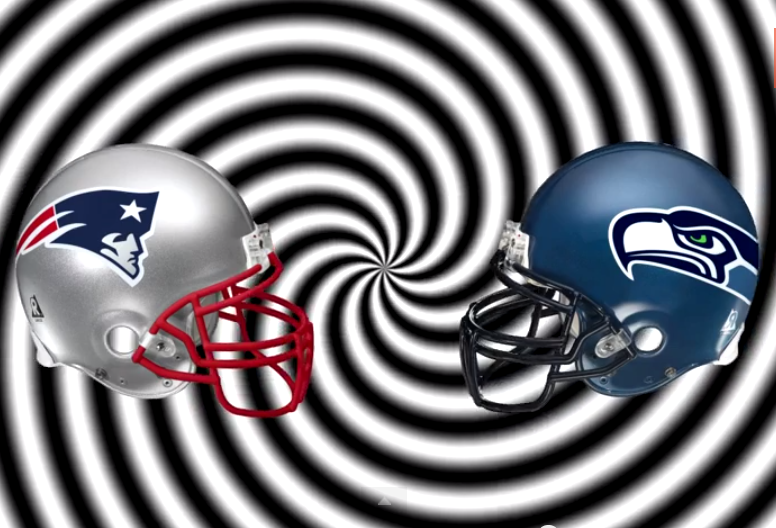 27-21 Seattle in a 4th qtr come from behind victory. Russell Wilson, MVP.

In the last 10 seconds of the game with Seattle ahead, the scoreboard will suddenly show a blowout by the Patriots. Despite protestations, what the scoreboard shows will be considered the final score and anyone complaining will be considered “deniers”. The IPCC will note that climate change affected everyone’s vision and that global warming of the electronics was a contributing cause.

Yeah… they kinda forgot to mention that this specific subsidy was voted on by the public. The former owner of the Seahawks was trying to move the team to LA, Paul Allen and a group of investors offered to buy the team, but they agreed we needed a new Stadium. The deal: The public would pay $100 Million, and Allen would pay the rest, AS WELL AS ANY OVER BUDGET CHARGES. The plan was put up for a public vote, and passed with no problem.

I’m not sure where this group comes up with all the rest of the money… we doubled in size as a city from 1985 to 1995, and added that many people again in the next 12 years. We built a LOT of new roads, but not specifically for that Stadium.

Since the funding was put to a vote, and passed easily… I think it’s safer to say that the Seahawks have proven to be more loved than the Patriots. Maybe you should support New England so they’ll feel better. That would be nice of you.

But the ‘Hawks will win. GO HAWKS!

The deal passed with “no problem”? Yeah right! The stadium subsidy BARELY passed (51% for, 49% against). And you’re just wrong on the $$ numbers. The public paid $300 million. It’s right there on the venue website (“Cost to public: $300 million” — http://www.centurylinkfield.com/stadium-facts/) and if the stadium says $300 million, it’s $300 mill MINIMUM.

The NFL — a “501(c)6 nonprofit” $10 BILLION per year “trade organization” with a Commissioner that made $44.2 Million in salary and bonuses last year, and every franchise team owner is a Multi-Multimillionaire or Billionaire.

Feel free to gaff this Animated GIF I made and replace that still-pic screen grab with the just sentence we so richly deserve ;D

Well now, this means that no one ever will ever support the Vikings, formerly of Minneapolis, or maybe just of Minnesota, since thanks to our governor, Governor Mark (Goofy) Dayton (DFL), the Viking’s brand new stadium, still under construction, will cost almost $1B, half of which, along with all the public infrastructure, is beng paid for by Minnesota.

Ps: DFL actually stands for Dumb Foolish Lads and Lassies, is a sub-division of the national Socialist Democrat Party.

i’ll be busy cleaning up from the 30″ snow in last 4 days and the 3 to 7 foot drifts.
not going to have time to watch.
don’t really need to as I know Pats will win.

I hate Seattle the city, the hipster loudmouth fans that think they suddenly invented football, and the progressive policies that run that swank-looking government teat of a town.

I hate the Patriots slightly less, which is why I rooted for them. Russell Wilson, you’re ok in my book.