Policeman killed at Charlie Hebdo and clerk who hid Jews at Kosher supermarket. 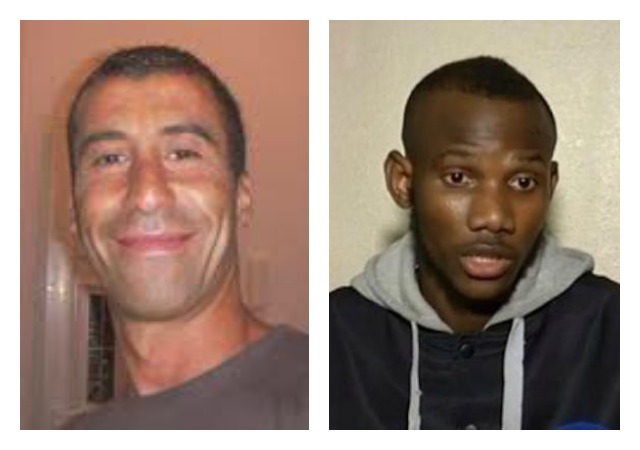 As the world mourns the victims of the Paris attack, we should also recognize two acts of bravery by Muslims in the course of the week’s events at the Charlie Hebdo offices and Hyper Casher Kosher supermarket.

The first is Ahmed Merabet, a French policeman who was killed at Charlie Hebdo.

Anne Penketh of The Guardian recognized him in a recent report:

It was a Muslim policeman from a local police station who was “slaughtered like a dog” after heroically trying to stop two heavily armed killers from fleeing the Charlie Hebdo offices following the massacre.

Tributes to Ahmed Merabet poured in on Thursday after images of his murder at point blank range by a Kalashnikov-wielding masked terrorist circulated around the world.

Merabet, who according to officials was 40, was called to the scene while on patrol with a female colleague in the neighbourhood, just in time to see the black Citroën used by the two killers heading towards the boulevard from Charlie Hebdo.

“He was on foot, and came nose to nose with the terrorists. He pulled out his weapon. It was his job, it was his duty,” said Rocco Contento, a colleague who was a union representative at the central police station for Paris’s 11th arrondissement.

Video footage, which has now been pulled from the internet, showed the two gunmen get out of the car before one shot the policeman in the groin. As he falls to the pavement groaning in pain and holding up an arm as though to protect himself, the second gunman moves forward and asks the policeman: “Do you want to kill us?” Merabet replies: “Non, ç’est bon, chef” (“No, it’s OK mate”). The terrorist then shoots him in the head. 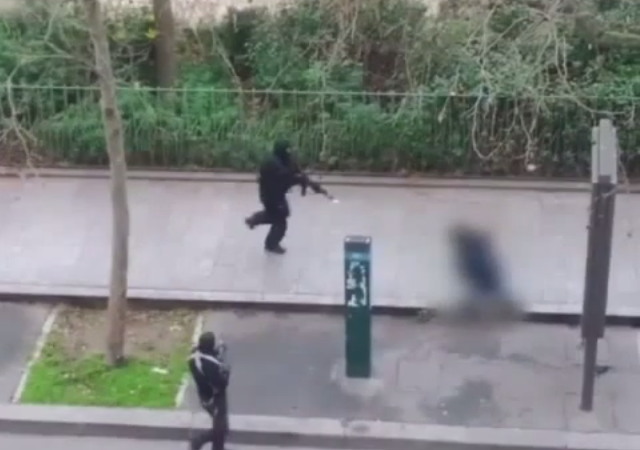 The second is a 24 year old shop assistant named Lassana Bathily. As horrific events unfolded at the Super Cacher kosher supermarket, Bathily saved the lives of French Jews by hiding them in the walk-in refrigerator of the store.

Heather Saul of The Independent:

A young Muslim man has been hailed a hero for hiding hostages fleeing gunman Amedy Coulibaly after he stormed the Jewish supermarket.

Lassana Bathily, originally from Mali in west Africa, reportedly shepherded terrified customers to safety in a walk-in chiller as the jihadist gunman took hold of the Hyper Cacher supermarket in Porte de Vincennes, Paris, on Friday.

Coulibaly executed four of the 19 hostages before police entered the building and ended the assault, killing the gunman as he ran to the front door.

Mr Bathily has been praised for his quick-thinking actions since his role in helping customers. He told BFMTV: “When they ran down, I opened the door (from the freezer).

“When I turned off the cold, I put them (hostages) in, I closed the door, I told them to stay calm.” 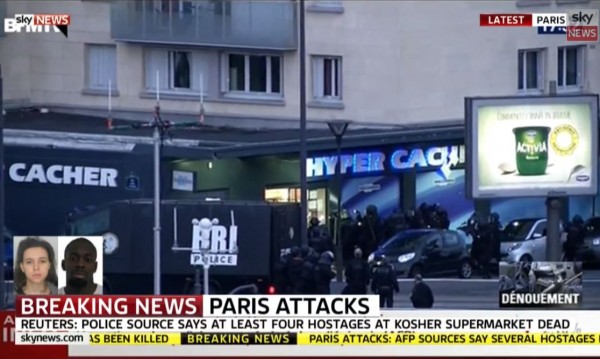 Horrible situations bring out the best in some people, of all religions.

“Policeman Ahmed Merabet” Oh, the irony is thick in this. RIP, sir.

I think that the policewoman who was killed was also a Muslim.

Very glad you posted this. Hopefully it will get wide distribution.

Agreed. Thanks for posting this. I knew about the police officer before, but not the clerk.

I don’t believe a word of that clerk story. No muslim would be allowed by the cult to work in a Kosher store nor would any muslim “lower” himself to do so. Ergo, he is not a muslim.

Actually, I know many Muslims who will eat Kosher because they know it is within the bounds of their beliefs.

It is ironic how similar the religious dietary requirements are.

Is The Independent trying to put a lampshade on the very real ongoing problem posed by France’s unassimilated Muslim population with that diversionary ‘hero’ headline?

“See! Not all Muslims are like that!” is the intellectually dishonest trellis on which creeping Islamofacism grows.

I disagree because individuals such as the Muslim from Mali are the ones who really do make a difference.

There are also stories about a Muslim woman who stated that she shopped at that store and that she liked the owner.

On top of that another Muslim who died during this horror was named Mustapha and he worked at Charlie Hebdo.

Hopefully France has witness protection for that shop clerk.

No, they’re simply pointing out the truth.

I work with a number of Muslims. Fine people, every one. I have no problems with any of them. I commend this store clerk — he behaved as a courageous human being. If I were standing next to him I’d shake his hand.

I have no problem figuring what who’s evil and who’s good, regardless of their religion.

“I work with a number of Muslims. Fine people, every one.”

Working with Muslims and having an honest revealing discussion with Muslims in which you get them to admit their Hadith on western secular values and Koranic injunctions on unbelievers, Jews, Israel, apostasy are two very different things.

Ask your fine Muslims about this…

This isn’t some innocuous variation on the Amish, Mormon or polygamist community.

I grew up with Sunni Muslims in Singapore which knew early on it had to apply strict immigration and domestic social policies specific to its Muslim population to preempt their Koranic injunctions to create competing political power with their demands for exemptions and entitlements from their secular host country.

You’re not doing your fine Muslim friends or your country a favor by not getting them to admit there’s an inherent problem with Islam.

Instead of hearing a lot about these heroes, all I keep seeing is the mindless droning of moronic antisemites like Glenn Greenwald. Glad this is getting more play.

It’s understandable that some people born under the mantle of Islam would have decent souls and would act in a humane and tolerant fashion, even a heroically generous fashion from time to time. After all, many people born into Christian-identifying families also think and act contrary to the Christian creed.

Muslims who behave with decency and humanity should of course be lauded for it. But their personal goodness does not refute the malignant teachings of Islam, nor does it outweigh the general patterns that appear in Muslim communities everywhere. The Muslim communities that seem moderate and secularized always retain the capacity to turn nasty, partly because the hardliners among them have the more Islamically defensible position.

There is plenty of evidence across Europe to show that permitting large numbers of Muslims to immigrate — whether from Pakistan or Turkey or Algeria or Somalia — is a recipe for degrading the quality of life and eroding the very foundations of Western civilization. The “look! a nice Muslim!” strategy (like the Daily Mail showing three pictures of the same tiny group of Muslims putting flowers on the square in Sydney) is a strategy of denial.

“partly because the hardliners among them have the more Islamically defensible position.”

Sounds just like atheists that claim Exodus 21:20-21, Ephesians 6:5 and like passages show slavery is the more Christianly defensible position.

Those passages reflect the fact that slavery was a commonplace practice (in many cultures) at the time. They do not command Christians to take “unbelievers” as slaves and war booty from campaigns of conquest — as orthodox Islamic doctrine instructs Muslims to do.

It was devout Christians who led the moral campaign against slavery, invoking biblical teaching that all humans have equal worth in God’s sight.

Meanwhile, Muslims are still enslaving people based on specific Islamic teachings that non-Muslims are inferior creatures and that Muslims have a right (indeed, an obligation) to compel them to “submit” and compel them to serve Muslim purposes.

The difference is quite clear to any informed and rational person.