Now, how did that happen? 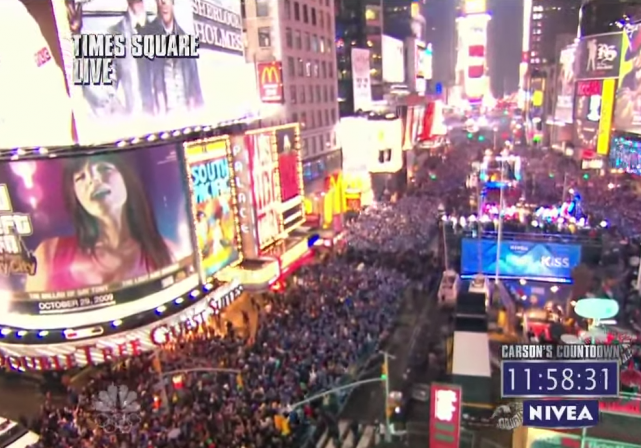 The last year I remember noticing as a huge transition was 2000. We had entered science fiction territory, and 2001 was similar because of the Stanley Kubrick film.

But after that it’s all been a blur. How did it pass so quickly? That’s a cliche, but there’s no question that as you get older time seems to fly by more rapidly. One reason is that each segment of time is now a much smaller percentage of the total amount you’ve been alive. A year? Almost a blink.

These days when I try to figure out how much time has passed since an event my gut reaction is to use 2000 as the index year. So, for example, if something happened in 1976 my first response would be to say that that was 24 years ago. Way off, obviously; to get the right answer I have to take that figure and add the current year of the 21st century to it. It’s a laborious process, but since for me the changing year number seems to have stopped at 2000 there’s no way around it.

The title of this post was inspired by a memory from my extreme youth. I was enchanted by a TV car ad campaign from the year 1957 that used the catch-phrase, “Suddenly, it’s 1960!” to indicate how futuristic its car design was. All I had been aware of in my very short life up to that point were the 1950s, and the idea of a decade of 1960s was magical.

Speaking of magical, thanks to the magic of YouTube here’s one of those ads. Until now I wasn’t sure it wasn’t a mere figment of my imagination. You can see why the time-travel aspects appealed to me much more than any message about cars, which I barely even registered. My driving years were still a long way off:

1960. Wow! That was the year my dad moved our family to a far western suburb of Chicago. Later he became mayor of the village.

Out RCA TV was b/w with rabbit eared antennae and tin foil fine-tuning.

For mw at eight-years-old there was all kinds of great shows including Chicago’s WGN, Flash Gordon, Ed Sullivan, Jack Paar and comics like Sid Caesar and Imogene Cocoa.