No one is impressed. 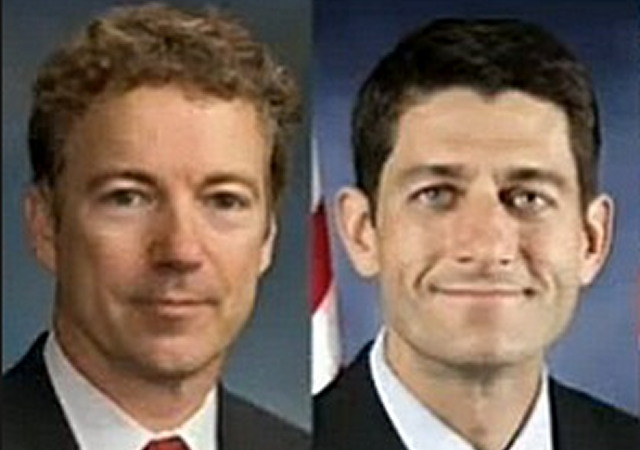 Congressman Paul Ryan appeared on FOX News after the state of the union and spoke to Bret Baier. His reaction? “A liberal speech by a liberal president.”

Senator Rand Paul was on the Megyn Kelly show a little later. His reaction? “I heard about a lot of free stuff but I didn’t hear how he was going to pay for it.”

Rand Paul also posted this image on his Facebook page: 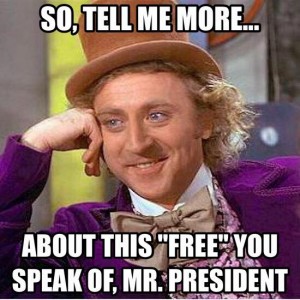 So far, my favorite reaction is this one from Buck Sexton of the Blaze.

Anyone else get the sense this was really 10 different old Obama speeches cobbled together by Biden during an all-nighter? #SOTU

Featured image via the Examiner.

Obamao surely DID say how he was going to pay for the free stuff he was selling to the gullible. He planned on raising taxes. He didn’t hide that fact. Too bad Ryan wasn’t listening.

Come on, they were listening. They heard how he was going to pay for it. Did you forget this is all politics? By them verbally pointing out that it will take a lot of extra money to do these things, it puts Obama in the hot seat (supposedly). It allows “the people” to think about it themselves.

They are playing the long-game here. First, is pointing out that it will take more money. If people hear that, the question obviously comes up “where will this money come from?” From there, it is just positioning themselves to say that Obama wants to tax the middle class and that it isn’t feasible to burden people with more taxes. Thus, Obama would be anti-middle class (whether it is true or not).

I didn’t listen to the SOTU. I wanted a good nights sleep and I got it.

Based on their comments, I didn’t miss anything important.

I remember that woman well. Detroit, I think. Or Cleveland? Anyway, she was almost salivating at the idea of all the freebies obola was going to give the “black folks” from “his stash”. Grinning from ear to ear she was; smirking, confident.

I always wondered what she thought when the landlord showed up for the rent she thought obola was going to pay.

I think Ryan’s and Paul’s non-histrionic commentary implied that obola’s SOTU speech was a snoozer rehash of the ss/dd genre, which is perfect.