Net Neutrality: FCC and Congress set to stand off

Net Neutrality: FCC and Congress set to stand off

Title II regulations? Not so fast. 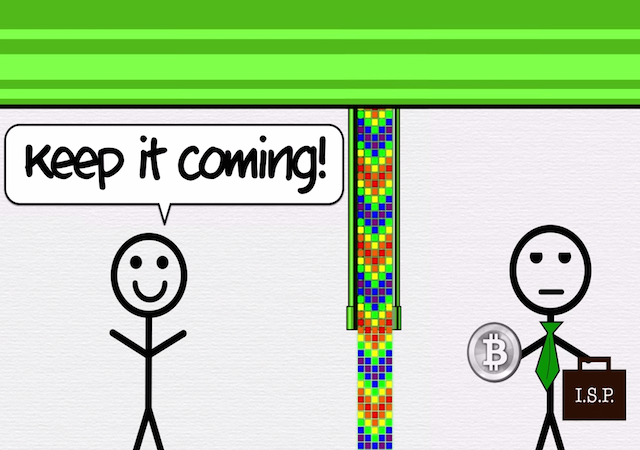 The next big Congressional standoff may not be over immigration or health care, but how the FCC should be allowed to regulate the internet and internet providers.

Back in December, reports surfaced that lawmakers were meeting with industry officials to draft legislation that would prevent the FCC from implementing the aggressive net neutrality regulations touted by President Obama:

Multiple sources have reported that a bipartisan effort has been under way for several weeks in Congress to draft legislation that would supersede the FCC’s efforts while providing a solid legal foundation for enforceable rules after a decade of failed efforts by the commission.

Nelson told Politico that he and Thune had “talked extensively” about a bill that would solve the FCC’s Net neutrality problem without transforming ISPs into public utilities, but that the two “don’t have any resolution.”

Congressional urgency isn’t misplaced. Yesterday, FCC Chairman Tom Wheeler “all but confirmed” that the Commission intends to regulate the internet under Title II of the Communications Act, which means that when those new regulations go into effect, the internet will be treated like a public utility.

“There are many parts of Title II that are inappropriate and would thwart investment, but a model has been set in the wireless business that has billions of dollars of investment” and is thriving in other ways, Wheeler said.

“We ought to take a look at how that fits together with … making sure that we have open access,” he added. “You walk the floor [of the electronics trade show] and that’s the message that comes across to me.”

He also confirmed that the vote would be held on Feb. 26 and that his new rules would be circulated to the other four commissioners on Feb. 5.

The FCC has been working on new regulations for months, after a top appeals court tossed out the old rules last January.

Currently, the Internet is classified as an “information service” under the law, different than a “telecommunications service” such as traditional phone lines.

According to Cnet, “[t]he question may soon become not how the FCC will vote, but whether they will wait for Congress to pursue a potential bipartisan compromise.” Past net neutrality bills haven’t moved quickly—or at all—which means that if Republicans can’t get something going in a hurry, they may be left dealing with a new, legally-shaky framework as opposed to the need for a backstop.

A legislative-regulatory battle, coupled with the likelihood of major lawsuits brought by internet providers, could make for a polarizing beginning to the new GOP-led Congress.

“Net Neutrality” is Obama “code” for Democrat Dictatorship Domination of the Net – allowing on the Democrat Propaganda.

This is nothing more than an attempt to stifle opposing opinions from new media. The Dems, progs, and liberals know that their main opposition gets their information from credible sources on the net and they want the ability to regulate what is being said. They have TV and print media in their pockets and have for years, while conservative has been mainly the realm of talk radio. With the rise of the internet age they expected to be able to control that as well, however they lost that battle and new media was borne.

So my suggestion to congress is take a page from the Dem playbook, pass it in the dead of night while no one is looking.

In 199(7,8, whatever ) AT&T,Comcast, and Verizon were GIVEN the internet.This was something that the GOVERNMENT BUILT, not the big ISPs. ( Sorry to quote Obama, but even a stopped watch is correct once in a while.Now I have to go take a hot shower– no make that ten– to get the eew off.) The US government built it, small ISPs kept it number 1 in the world when the rest of the world was trying to catch up. Small ISPs such as Interaccess, earthlink, UUnet, geocities etc,

What did the BIG ISPs do? They made the internet service in the 32nd best in the world! BIG ISPS were given the best internet in the work and made it 32nd. WHAT MORON, WHAT IDIOT WOULD WANT TO REWARD THESE COMPANIES?

For what? Economic philosophy? That the government should not regulate business? Give us a break. THE INTERNET BUSINESS IS ALREADY INFECTED WITH REGULATORY INTERFERENCE. The big ISPs are happy to claim title II status to get easements. They are happy to lobby states for regulations that prevent municipalities from dealing with small ISPs to provide better internet service for their citizens.

When we look at improvements in connectivity, the biggest factor is an upgrade to fiber. The big ISPs promised to roll out fiber, then sat on their hands until Google stated to do it in a few locations.
In the last five or six years Google has been the ISP that has done the most to improve the internet. Google has said that Title II would help it expand it’s ISP.

PS: Net Neutrality has been the way the internet worked since it’s inception till about 2005 or so. Even then it’s has been mostly followed. So why mess with success? The word of a bunch of incompetents?

until then, i figure they’re in a permanent menage a trois with Obola and still don’t care about the country or its citizens