Including the son of legendary assassinated terrorist Imad Mughniyeh. 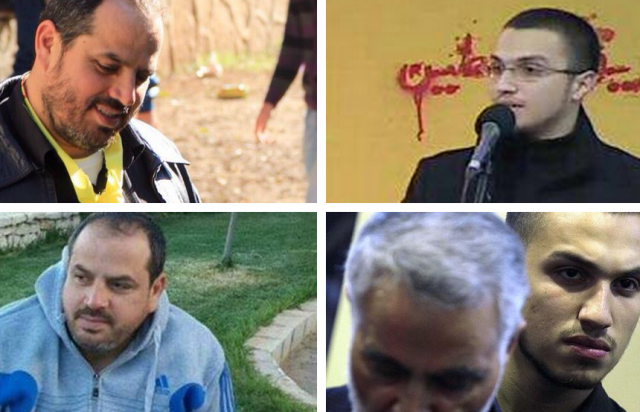 The news reports at first were vague, an Israeli helicopter strike on one or more vehicles on the Syrian side of the Golan Heights, in an area in which Syrian troops, Hezbollah, and Syrian rebels operated. Reportedly it was on a group getting ready to fire rockets into Israel.

More details are leaking out. The usual caution that early reports can be wrong apply.

The latest reports are that several senior Hezbollah operatives, including Jihad Mughniyeh, the son of Imad Mughniyeh, were killed. Imad Mughniyeh, considered the top Hezbollah military operative at the time and the mastermind of numerous attacks on Israel and Israelis, was assassinated in Damascus when the headrest of his car blew up. Israel has never admitted the assassination, but just about everyone presumes it to be so.

Jihad Mughniyeh, field commander Mohammad Issa who goes by the nom de guerre “Abu Issa” and 7 other Hezbollah fighters were killed in the attack, the source said.

An Iranian field commander Abu Ali Tabtabai was also killed in the strike. The strike entirely destroyed one Hezbollah vehicle and damaged another, the source said.

Hezbollah issued a statement confirming the strike saying “a number of mujahedeens were martyred,” during an inspection mission in the Syrian town of Quneitra, The Hezbollah statement added that the names of the fighters will be divulged later.

In addition to Mughniyeh and Issa, the source said some of the Hezbollah fighters who were killed in the strike include: Mahdi Nasser al-Moussawi, Ali Fouad Hasan, Ghazi Ali Dawi, Hussein Hasan Hasan and Hussein Ismail al-Ashhab.

Just a guess, but there’s likely more to this story, including the presence of a senior Iranian commander and other senior Hezbollah commanders. Mughniyeh may not have been the primary target.

The Tower, however, notes that Mughniyeh was a rising star:

The attack that killed the younger Mughniyeh comes nearly a year after Tony Badran, a research fellow at the Foundation for Defense of Democracies, observed that “[t]here are signs that the Iranian leadership may be grooming Mughniyeh’s son, Jihad, to perhaps assume a leading role in the organization in the future.” In October of last year it was reported that Mughniyeh had taken over Hezbollah’s operations against Israel in Syria.

Defense Min. Yaalon won't comment on strike but adds cryptically in radio interview "#Hezbollah should explain what it's doing in #Syria"

Sounds like Mughniye jr. was far from the most senior #Hezbollah operative killed today on the Golan. Tabtabai was their special forces CO.

Casualties seem to come from Hezb elite—not just Jihad Mughniyeh but all of them. Big setback for Hezb and community is down/confused

Some Hezb watchers in Beirut say this is as bad as Imad Mughniyeh assassination in Damascus, and emotions are fragile in Dahieh.

Nasrallah speech for tonight was postponed. Presumably, he'll save his words for aftr retaliation. They likely have to strike to save face.

.2/ General Allahdad was in charge of intelligence operation in #Syria. along with #Hezbollah intelligence chief. Via MashreghNews_ir

The funeral of Jihad Mogniya and 5 other #Hezbollah commanders in Sayeda Zainab #Damascus #Syria pic.twitter.com/HZQNZgtWGa

Prune it? Tear the damned thing out to its deepest roots…

aww widdle terrorists have a bad day?
so sad 🙂 🙂

“Hell-fire from a hover”

Taking out the trash. Nicely done.

Looks like the Israelis made sure he followed in his dad’s footsteps and trajectory!
Well done, IDF, well done indeed!

I mean…Is that a tear welling up in my eye? Whew..!! Nope, just a speck of dust.