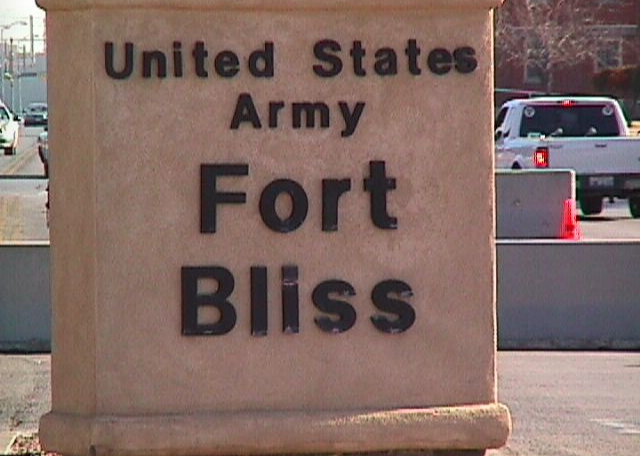 Yesterday afternoon, a man walked into the El Paso VA Health Care System clinic and shot a doctor before turning the gun on himself.

At a press conference Tuesday evening, Maj. Gen. Stephen Twitty confirmed the shooter was killed along with one victim. Fort Bliss did not confirm the identity of the victim.

One blogger with the Dana Loesch Radio Show caught the anti-gun left trying to make the most of things:

Much like the scene of the 2009 Fort Hood shooting, both WBAMC and the adjacent VA clinic are gun free zones. But that didn’t stop the anti-gun crowd from diving in immediately to capitalize on the tragedy: 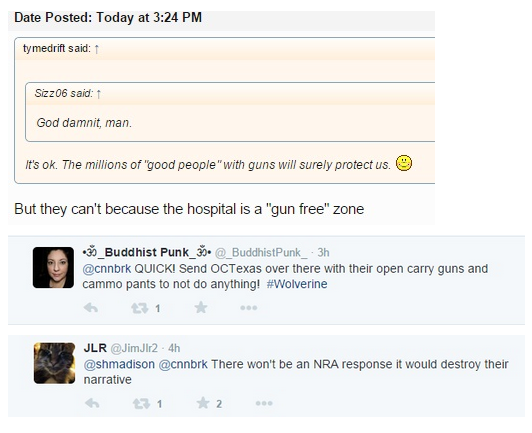 The VA clinic of Fort Bliss was one of many clinics that came under fire last year after reports of substandard care and long wait times reached Congress and the press. We don’t yet know what motivated the shooter, but the FBI is leading the investigation into what is a continuously developing situation.

We will provide updates as they become available.

BBC just reported that an Islamist gunman had stormed a satirical magazine in Paris, killing 12 and injuring 7.

Is there anything more illogical than the troops on military bases not allowed to carry their weapons. It took a call to the civilian police force in the Ft. Hood area to arrive and shoot the killer. By the time the civilian police arrived there were thirteen dead troops and numerous others wounded.