Ghazi Nasr Al-Din is believed to be in Florida and helping raise funds for Hezbollah. 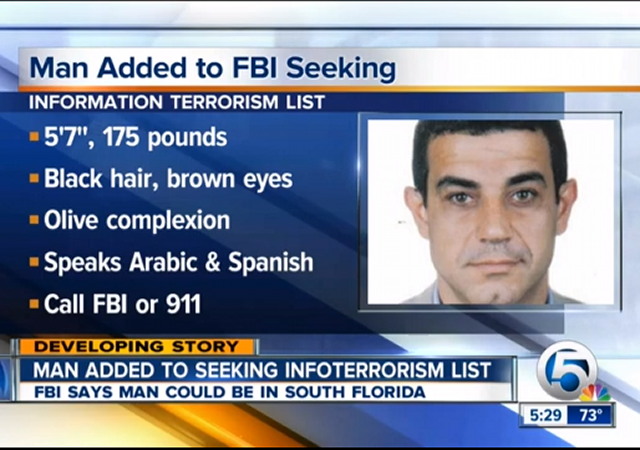 The FBI is seeking a man named Ghazi Nasr Al-Din for connections to Hezbollah. He is believed to be in Florida.

He was just added to the bureau’s seeking information terrorism list.

The agency wants to talk to him about his fundraising efforts with Hezbollah contributors. Hezbollah is an Islamic militant group.

Nasr Al-Din is 5 foot 7 and weighs about 175 pounds. He has black hair, brown eyes and an olive complexion.

He speaks Arabic and Spanish and he has dual citizenship in Lebanon and Venezuela.

Here is the the official FBI wanted poster: 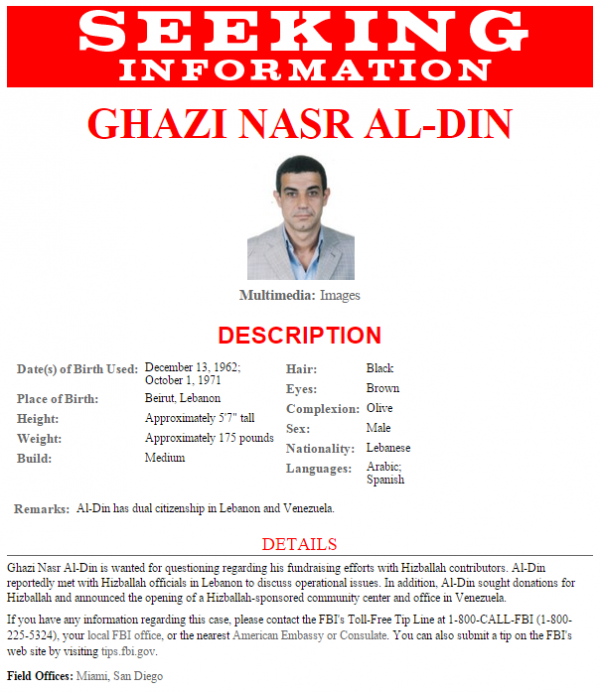 Frances Martel of Breitbart has more:

The FBI has added a former Venezuelan ambassador to Lebanon and Syria to their Terrorism “Seeking Information” list, after evidence indicated that Ghazi Nasr al Din was using his position to help fundraise for the Shiite terror group Hezbollah.

Nasr al Din, a dual Venezuelan and Lebanese citizen, served both of his terms under socialist leader Hugo Chávez before his death and has also served at the head of the Shi’a Islamic Center in Caracas, Venezuela, according to the United States Department of Treasury. The Treasury designated Nasr al Din a “supporter” of Hezbollah in 2008, with Adam J. Szubin, Director of the Office of Foreign Assets Control (OFAC), stating at the time, “It is extremely troubling to see the Government of Venezuela employing and providing safe harbor to Hizballah facilitators and fundraisers.”

Al Din also served as the head of political affairs in the Venezuelan embassy in Lebanon.

Forget the BBQ rib joints and check the list of commencement speakers at Florida universities.

Thank goodness the Muslims in America are law-abiding patriots who will report him as soon as they spot him. Can’t imagine why he came to the US to raise money, though…