Civil unrest continues for years after dawn of “Arab Spring” 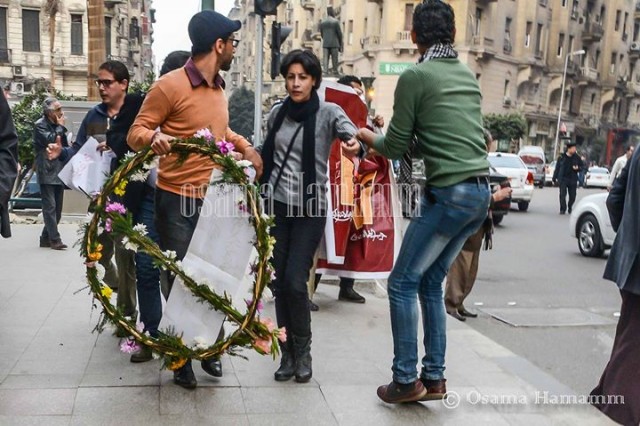 Four years ago, many of us were glued to the TV and social media streams following the dawn of “Arab Spring”.

One of the most dramatic moments of that era was the start of massive pro-democracy demonstrations in Egypt’s Tahrir Square. After ousting the reviled Hosni Mubarak, the Egyptians used their vote to elect a Muslim Brotherhood “community organizer”; and the ensuing meltdown led to his ouster and the nation declaring the group illegal.

In April 2014, I noted the country had sentenced over 600 alleged supporters of the country’s ousted Islamist president to death, including the Muslim Brotherhood’s spiritual leader — the aptly named Mohammed Badie.

Those sentences have now been revoked.

Egypt’s top appeals court Saturday revoked death and life sentences against more than 500 backers of deposed Islamist president Mohammad Mursi and ordered a retrial for them in a case that has raised international concerns over the operation of the justice system in the country.

The Court of Cassation delivered the ruling at a hearing in which prosecution and defence lawyers alike demanded the cancellation of the verdicts delivered by a lower court last year, citing legal flaws.

…On Saturday, lawyer Mohammad Toson argued in a brief hearing that the Criminal Court issued the rulings without listening defense lawyers and witnesses. No date has been set yet for the start of the retrial.

Needless to say, the biggest chorus of complainers about Egypt’s treatment of the extremists came from the usual suspects — human rights groups and the United Nations.

Hopefully, Egypt won’t become Yemen version 2.0 in the wake of this decision. Four years after “Arab Spring” sprung in Tahrir Square, Egypt is still experiencing much civil unrest. As of today, Egypt reports that 15 people have died and over 30 protesters have been injured, many as a result of demonstrations organized by the now banned Muslim Brotherhood. Perhaps one of the most dramatic stories is the death of a noted leftist activist in an anniversary protest.

Today Shaimaa was killed in Cairo by the brutal police during peaceful demo. This is her dying in her husband's hand pic.twitter.com/2RiCioixu5

The leftist Popular Alliance party said that police shot its member Shaimaa el-Sabagh with birdshot Saturday evening as the group peacefully marched toward Tahrir Square to lay a commemorative wreath of roses on the eve of the 4th anniversary of Egypt’s 2011 uprising.

A Ministry of Health official confirmed that a female protester died from birdshot injuries to her head and body.

A statement from the Interior Ministry said the police forces moved to disperse a protest after they saw demonstrators setting off fireworks. It said the police were conducting an investigation into the woman’s death and vowed to arrest the perpetrators.

The bloom has been off the “Arab Spring” rose for quite some time. It’s a shame the stink of death still remains.

Blanket convictions are a tool of tyranny. Regardless of their support for Morsi, the fact is they are not being exonerated, rather they are being retried.

It seems to be to be a case of judicial review, given that the knee-jerk response after deposing Morsi might have tainted any judgment.

We shall see how the retrial goes. Eqypt has a chance to really show that a rule of law exists in a middle east country other than Israel. Let’s hope they don’t blow it.