Their spirit is alive and well 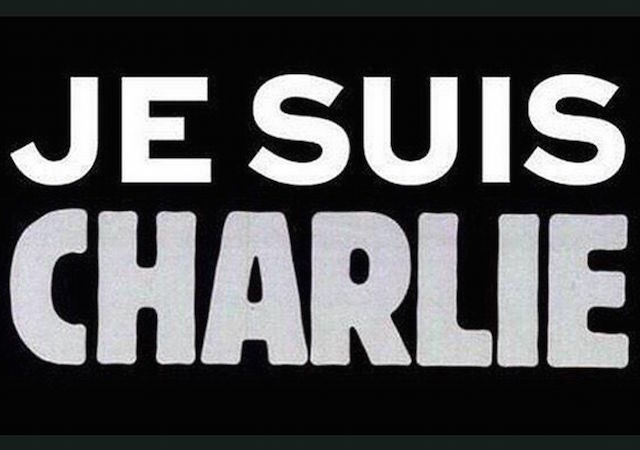 Terrorists murdered 10 members of Charlie Hebdo’s team on Wednesday; six of them were cartoonists, and all of them believed passionately in the right to express themselves via satire no matter who was likely to be offended by it.

The remaining members of the editorial team have chosen to release an issue next week, and the cover photo, recently shared on Twitter, will serve as a perfect memorial to the spirit and memory of those who fell victim to the brutal attack:

While we’re not 100% sure that this is the cover that will appear on newsstands, we do know that Charlie Hebdo will release a new issue next week. Mediaite explains:

The legitimacy of the cover could not be immediately identified, but the image has begun to spread on Twitter after it was shared by Reuters European editor Pierre Briançon Friday morning.

On Wednesday, following the attack, one of the magazine’s remaining staff members confirmed plans to release a new issue as scheduled this coming week. “It’s very hard,” Patrick Pelloux told Agence France-Presse. “We are all suffering, with grief, with fear, but we will do it anyway because stupidity will not win.”

Reports say that behind the vicious attack on Charlie Hebdo are dead. Their hostages are free. France’s Interior Minister has said that civil officers will remain mobilized for now, and look for more efficient (via translation) ways to fight terrorism in Europe.

The friends, family, and coworkers of the murdered writers and cartoonists will continue to mourn, because brave words will never change the fact that a few very dangerous terrorists won a battle against 10 of their loved ones.

The war on terror rages on, but Charlie Hebdo is open for business.

May they show Mohammad with a fountain pen up his ass.

And his penis up a goat’s ass …

In future publications, I hope that CH will be able to clearly discern a difference among their targets. While they lampoon all faiths, only one carried out this massacre. The others immediately offered CH their support.

But but but ! It’s a religion of peace ! Ya , a piece (peace) of this and a piece(peace) of that after they blow your azz to kingdom come .
Oh how i miss Ronaldus Maximus !!

Where can I buy my copy?

Yes. Do they have a web site or distribute it online?

That’s kind of good news because I wasn’t super-impressed with the cover, although it’s not bad at all. I’m hoping for something a little more pointed, gosh, perhaps even at Mohammad directly, but in an edgy sort of way.

So much for vetting stories.