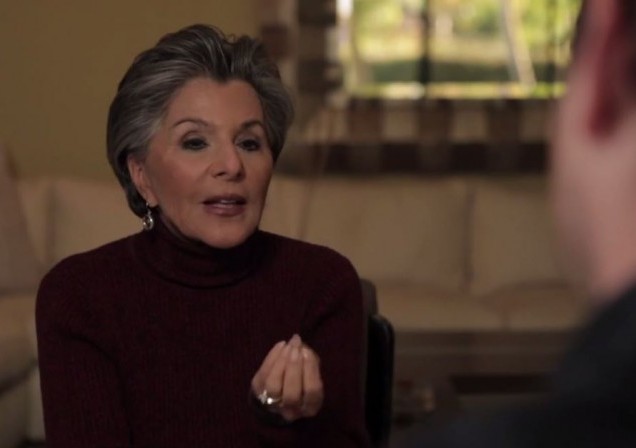 Barbara Boxer will be best remembered for dressing down a General during a hearing when he called her “Ma’am”:

Boxer just announced, via an almost unwatchable video interview with her grandson, that she is retiring at the end of her term in 2016:

No one told Nancy Pelosi:

Is this a possible pick up for Republicans.

There’s someone I think could win the seat.

Hmmm…. RT @daveweigel: Who has two thumbs, a lot of money, and a California residence? pic.twitter.com/NlTeTURELN

And do it hard.

Who has two thumbs, a lot of money, and a California residence?

The “electable” Mitt Romney lost the 2012 Presidential election in California 60.16% to 37.07%. That is a pretty hefty margin against an opponent the lefty GOP Establishment assured us was toast. So I am at a loss as to why anyone thinks this time it will somehow be different.

Try as he might, Romney is not a Democrat. He can’t jump from state to state (like Hillary Clinton did in going from Arkansas to New York) and expect to win.

The gripping hand is this: given the huge illegal population in California and the Democrats’ addiction to voting fraud, I don’t see how anyone without a “D” after their name is going to become US Senator. Blue states are starting to resemble the Soviet Union both economically and politically, and a low-life state Senate reject like Sandra Fluke will be a US Senator before Romney ever will.

yup… i’ve lived here all my life, and between the illegal alien bloc, and the dyed in the wool blue bloc, many of them transplants, #Failifornia, as a state, is doomed to be blue for the foreseeable future.

unless, of course, a huge earthquake drops Left LA, the Gay Bay and a few other areas into the ocean.

i’m not holding my breath for that.

“…asking me the all-important question: will I run for re-election?”

Well. There is a exposition of deep, delusional narcissism from the stupidest woman in the Senate.

Which is going some…

Also, note the idiot grandson in shorts, along with the almost-certainly ILLEGAL open fire in the fireplace.

You don’t suppose the vid was taken in California?

Why would Boxer be there?

After watching this video I resolve to be old at 40.

At some point, these women have to run out of skin to tighten and hairdressers who are willing to color their hair without laughing outright.

“Who speaks for the fish?” – Barbara Boxer

Mr I H8 the 2nd Amendment too?

jeez… that video was almost as bad as a soviet propaganda infomercial. Alas, way way too self-worshiping and self-aggrandizing for that. Invoking ‘the Lord above’ was quite moving though… especially considering her claws out gnashing teeth support for ongoing Government funded infantificde within the womb.

Republicans aren’t going to invest a lot in California – at least until the coastal part crumbles into the Pacific and leaves a state with a much higher percentage of common sense.

But it will be hard to match Boxer’s level of partisanship and stupidity in one candidate. I do expect California to try, though.

I’m taking bets as to whether her replacement is even worse.

Well, they could do it the Minnesota way — run a comedian under the banner “who knows better how to be serious?”

Other names in the early talk:

I feel safe in saying Boxer’s replacement will be at least as bad and likely worse.