Could amendments to the House bill be the end of Obama’s immigration overreach? 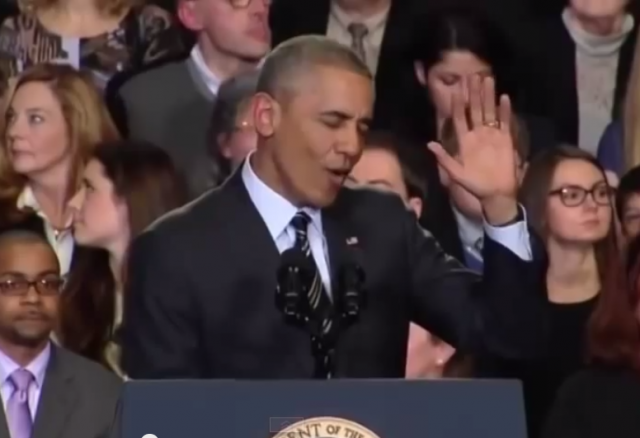 Yesterday, the House Appropriation’s Committee released their plan to fund the Department of Homeland Security, making it the last federal agency to receive funding for this fiscal year.

In order to prevent implementation of President Obama’s immigration overreach, amendments to the appropriation bill further restrict where and how DHS funds will be spent. This was by design.

As we’ve reported, at the center of this debate lies United States Immigration and Citizenship Services (USCIS); the department responsible for processing immigration petitions.

USCIS does not receive federal funding from appropriations as it sustains itself on fees collected from petitions. The vast majority of petitions filed with USCIS are filed by immigrants in the United States legally. Whether they are applying for an extension of their green card, changing their visa type, extending lawful status, or applying for naturalization, these petitions (and many, many others) are all processed by USCIS.

The same department that processes petitions for legal immigrants is also responsible to adjudicating work authorization for “Obama’s amnesty.” (As a relevant side note, amnesty is not tantamount to citizenship, but we’ll continue that discussion/exposition in a separate post at a future date). To unilaterally defund USCIS would have inconceivable ramifications and ultimately punish more legal immigrants who’ve paid thousand of dollars and “waited in line,” than deter those here without any current legal status.

Effectively pulling the teeth from President Obama’s immigration overreach requires a significant amount of creative finesse by Congressional Republicans. Rep. Aderholt (R-AL), Rep. Mulvaney (R-SC), and Rep. Barletta (R-PA) have introduced an amendment to the House DHS appropriation bill that if passed, would do just that.

Their amendment specifically prohibits any fees collected by USCIS from being used for “Obama’s amnesty” among a host of other extra-legal orders. Diving all the way back to March 2, 2011, this particular amendment addresses each immigration overreach individually, and prohibits their funding.

To date, four other amendments have been filed.

Rep. Blackburn’s (R-TN) proposed amendment would prohibit federal funds from being used in the renewal, extension, or appeal of work authorization for those who may have received immigration benefits from President Obama’s Executive Order. Meanwhile, Rep. Schock’s (R-IL) amendment lectures USCIS for placing the “interests of aliens who are unlawfully present in the United States ahead of the interests of aliens who are following proper immigration laws and procedures.”

Republicans face an uphill battle as President Obama has indicated he’s unwilling to sign any bill that would unravel his immigration Executive Action. Lacking the sixty-seven votes required in the Senate to override a presidential veto may also prove problematic.

Regardless, those hoping the 114th Congress would make good on their promises to provide substantive immigration reform can rest easy knowing their elected officials have come out of the gate, guns blazing.

“Lacking the sixty votes required in the Senate to override a presidential veto may also prove problematic.”

Doesn’t an override require a 2/3 vote in both houses, not just 60 in the Senate?

The upside is that Democrats will have to go on the record on both times (if we get to 60). They would have to go back on the record to shut down HHS over amnesty. Even a plurality of Democratic voters oppose the executive actions.

Democratic Senators don’t want to have to have that on their record at reelection time. Same for the very few remaining competitive House seats.

Good, but the budget should have been written so as to not require such amendments.

what budget? Boner, who is an invertebrate mammal, doesn’t want to pass one. it would be hard for him to give Obola everything he wants if he had to actually pass a budget, which is why he forced through the omnibus last year, even though he could have waited.

the GOPe RINOs never miss a chance to miss a chance. they don’t care about anything but keeping themselves in office.

I suppose it is foolish to expect an intelligent answer from someone who resorts to schoolyard insults, but there is a budget governing these bills, Zippy.

Of course, the only result of your preferred action is a shutdown. But you can’t tell me Step Two of the strategy after you shut it down, can you?

A budget–Murray-Ryan–that covered this. Which is why the #CRomnibus was needed, because a budget was in place that would prevent #CRomnibus,which, btw, funded Obamacare and funded Amnesty.

While you are busy denigrating conservatives, statist, note the following:

To these facts, your argument is (ignoring your smears) ‘Murray-Ryan’ and “shut up”.

they will pass it, Obola will veto it, and the veto will stick.

kabuki legislation brought to you by Boner & Mitch the B1tch.

those two RINOs couldn’t lead an alcoholic to free booze.

Point of fact: You can’t lead an alcoholic to free booze because he will always beat you to it.

@red: Assume that you’re advising Mitch and Boehner. Assume further that you’ll be very publicly blamed and professionally humiliated if your plan blows up in their faces. What’s your advice to them?

P.S. This isn’t a trick, rhetorical or “gotcha” question. I seriously want to know your plan. Because I sure haven’t come up with one.

A plan, but not necessarily a visible one, would be to lean on some of the Democrat senators who are up for re-election in a couple of year. Particularity if they voted for this monster in the first place.

I don’t think that Mitch has the eloquence but there is nothing to lose. On the other hand, begin bashing the Dems who don’t override the veto. The republicans need to stop being so [email protected] collegial.

Feminine is a much better word choice than collegial. Just saying IMO.