Will Israel’s Left Win by Portraying Bibi as an Extremist?

Will Israel’s Left Win by Portraying Bibi as an Extremist? 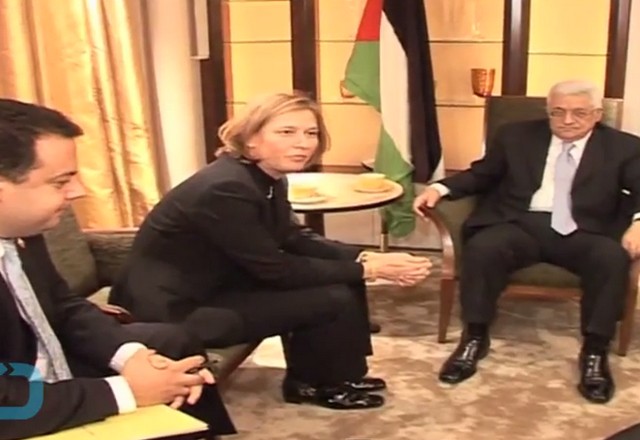 In a recent essay, Jonathan Spyer identified the likely approach the anti-Netanyahu coalition – specifically Isaac Herzog of Labor and Tzipi Livni of Hatnua – will take in preparation for the Israeli elections on March 17. Spyer writes, “The belief underlying the Israeli center-left’s campaign is evidently that if Israel is ‘boxed in’ it is because of its own ‘extremists’ and that the solution to this is greater accommodation to the U.S. administration.” There’s a problem with this approach, though: it may not resonate well with Israeli voters.

But if this is indeed to be the thrust of the center-left’s campaign in the elections, success is likely to continue to elude it. Israelis are deeply aware both of the threats that surround them, and of the cold attitude of the current U.S. administration toward their country. A campaign which seeks to blur or obscure these or to claim that they are largely of Israel’s own making is likely to win its proponents a further term in the opposition.

We only have to go back to last week, when Roger Cohen of the The New York Times published an interview with former Israeli peace negotiator Tzipi Livni, to see how true Spyer’s assessment is. Livni, in the column, identifies Palestinian Authority President Mahmoud  Abbas as the one who torpedoed the American-sponsored peace process by failing to accept an American framework agreement, attempting to bolster a unilateral bid for statehood by signing international treaties and finally by agreeing to a unity government with Hamas.

Yet even as Livni recounted Abbas refusal to negotiate in the middle of the op-ed, at the beginning and end of the article she asserts that only she and those aligned with her are moderates seeking peace. The problem is the disconnect between her accounting of Abbas’ intransigence and her insistence that Likud is what’s preventing peace is rather obvious. She can’t convincingly claim that Prime Minister Benjamin Netanyahu is the major obstacle to peace when she herself has documented how Abbas scuttled the American peace efforts.

Despite the Left’s posturing, there isn’t much difference between them and the Likud on the peace process. (Similarly there isn’t much difference between them on the subject of Iran.) When the elections were announced, Jonathan Schanzer of the Foundation for Defense of Democracies wrote in the New York Times that not much would change in any arena if a prime minister of the Left unseated Netanyahu, not even in the peace process:

Nor is it likely that the elections will change the prospects for Palestinian-Israeli peace. The Palestinian president Mahmoud Abbas appears to have decided to pursue the case for Palestinian statehood in international forums rather than through negotiations with Israel. Abbas’ support for the recent outbreak of violence in Jerusalem has also prompted much of the Israeli political spectrum to sour on further talks with him.

Trying to claim that they’ll be more accommodating of the United States and Palestinians than Netanyahu will probably not convince many voters to vote for Herzog and Livni. If this is the approach they take, their polling numbers will almost certainly erode over the next three months.

When the king of Saudi Arabia takes over the national TV for five minutes to explain that the last round of fighting was the fault of Hamas, and that Hamas has engaged in Geneva Convention violations, Israeli voters may be pardoned for disbelieving the Left’s fairy tales. I note that the king is not the only prominent Muslim to recognize the nature of Hamas’ actions.

The founding document of Hamas declares its intent to murder every Jew on the face of the earth, to bring about the end of the world. According to this document, the only permissible reason for any kind of cease-fire is to re-load.

When even other Muslims learn to take this document seriously, the Israeli voters and the West would be well-advised to do so.

Sort of like the NYT portraying itself as centrist, and therefore anyone who believes in the bill of rights, smaller government, and reducing deficits is ipso facto a fascist extremist.

All Netanyahu has to do is to let his surrogates remind people that the election is about Obama. [Of course, Netanyahu himself has to maintain plausible deniability].

I wonder if Debby Wasserman-Schultz will end up campaigning for Livni/Herzog.

There isn’t much difference between Livni/Herzog and Netanyahu regarding the fraudulent peace process because media lies and slanders notwithstanding, the Likud under Bibiis is very much a centrist party and always has been.
Netanyahu tried to get Livni to join his coalition after the 2009 election and only her arrogant insistence on being Prime Minister kept her out.

Too much of the media and too many diplomats and politicians still seem to think it’s 1977 when it comes to Israeli politics and society. It isn’t and the country’s changed a lot since then.

Exactly mrzee. But pretending that Bibi is Begin, means that you don’t have to examine your own mistaken assumptions about the Palestinian desire for peace.

Israel has as much a right to commit national suicide by electing a deranged, incompetent leftist as much as the United States does.

Who is the John Bohener of Israel?