What Happens When the Lights Go Out?

What Happens When the Lights Go Out? 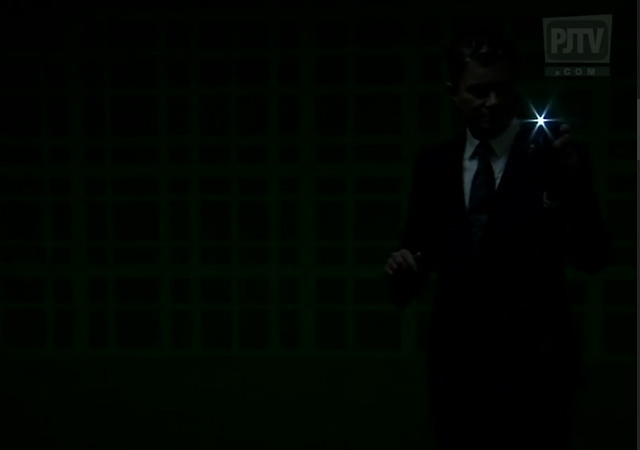 In a new edition of Afterburner, Bill Whittle examines the ways in which an enemy attack could shut down our power grid. This is a major national security issue.

A lack of electricity for an extended period of time would devastate any country.

Maybe we should keep an eye on Detroit.

Detroit Power Grid Goes Down, Leaving Much of the City in the Dark

“The city’s public lighting grid suffered a major cable failure that has caused the entire grid to lose power at approximately 10:30 this morning,” read a statement from the Detroit Press Office, published by the Detroit News. “The outage is affecting all customers on the PLD grid. We have isolated the issue and are working to restore power as soon as possible.”

Just try to imagine life without your phone.

Analogous to the tiny film of top-soil that we rely on, the veneer of our civilization is perilously thin.

Our entire way of life is completely dependent on reliable, abundant electrical power. Even a big hic-up in that would put millions of us in almost immediate danger, and many would die.

Our electrical grid and power supply can be hardened and made much more robust, but we’ve been running in the opposite direction under Pres. ScamWOW and his green religion druids.

This will be one of the FIRST challenges we should address when America returns to sanity. If…

So of course, President Treason proposes regulations that will remove 72 gigawatts of generating capacity from the grid.

Earthship Biotecture offers a design for homes that are fully sustainable even in the event of a collapse of the electrical grid. Their homes maintain a habitable temperature and even a food supply year-round! Many communities have housing cooperatives that can reduce the costs of housing; I’d love to see Earthship housing cooperatives developed throughout this nation. Perhaps Bill Whittle could interview Earthship architect Michael Reynolds to discuss this? http://earthship.com/

When our el Presidente Barack I said he would radically transform our country, there was much doubt as to what he meant, exactly.

With Barack I blocking most efforts to harden our energy distribution systems, aided in that an cultural emphasis on annual profit versus long term growth, Whittle is on target.

Plus, after blocking Keystone XL, after not allowing fracking on federally owned lands, after pushing so called green energy sources, especially those that are not dependable (Wind and solar and tidal currents generation.) and which are not sufficiently robust to provide energy to more than a smidgen of our country, there can be no further doubt as to what our Leider Barack I meant; back to the stone ages or earlier, peons.

Imagine life without our phones?

Even peppers with extensive stockpiles of basics and ammo would be challenged if we lost our national electrical grid for an extended period of time. No way to pump water, get gasoline out of storage tanks, get food to markets (remember, most Americans think food as something that comes from the grocery store), and certainly no way to keep even a basic economy going.

Several authors have dealt with this scenario in recent years, and none of them are optimistic.

In the book One Minute After the author does a pretty good job of describing life after electricity. It is a very good read as well as realistically capturing what life would be like.

Utterly depressing…a new doomsday scenario, with only ourselves to fault. Not our fault in that we use modern technology, but that we half-heartedly protect the source of our well-being and modernity.

Agreed. The most maddening thing about it is that the hardening of our electrical grid would be comparatively cheap and quick to do. If a federal administration really did want to do ‘infrastructure’ and ‘jobs’ and ‘boost’ the economy, this would be a way to do it that most every reasonable person could support.

Unanimous passage of any bill is, these days, a miracle of great wonder. So that’s encouraging.

http://www.theminorityreportblog.com/2014/12/04/legislative-victory-alert-u-s-house-moves-to-protect-nations-electrical-grid/
This Minority Report post provides some background information as well as the following summary of the bill’s provisions:

“This week’s passage of H.R. 3410 was a much-needed and critical first step toward protecting our nation’s electrical grid. The legislation assures that our government begins addressing this important issue by doing the following:

“- Requires the Assistant Secretary of the National Protection and Programs Directorate to: (1) include in national planning scenarios the threat of electromagnetic pulse (EMP) events; and (2) conduct a campaign to proactively educate owners and operators of critical infrastructure, emergency planners, and emergency responders at all levels of government of the threat of EMP events.

“- Directs the Under Secretary for Science and Technology to conduct research and development to mitigate the consequences of EMP events, including: an objective scientific analysis of the risks to critical infrastructures from a range of EMP events; an evaluation of emergency planning and response technologies that would address the findings and recommendations of experts; and an analysis of available technology options to improve the resiliency of critical infrastructure to EMP;

“- Directs the Secretary of Homeland Security to prepare and submit to specified congressional committees: (1) a comprehensive plan to protect and prepare the critical infrastructure of the American homeland against EMP events, including from acts of terrorism; and (2) biennial updates of such plan.”

As the bill itself notes, the House of Representatives is only beginning to address this issue. Hardening of the electrical grid should have been underway decades ago. How likely is it that the Senate will also pass this legislation or that our self-crowned King will not veto it? How likely is it that they will advance to actual implementation of worthwhile protections before a problem occurs?

As an electrical designer who works in the power industry and on the ‘Smart Grid’, I’m OK with the lights being out and a stellar firmament to look at.

I still know how to make a fire and I have camped a lot. I have a gun and I can gather my food. I can fish, too.

Maybe, if there is a blackout, people will look to God, not media, for the source of life.

I devoutly hope you aren’t serious. If there’s a collapse of the grid, you’ll be trying to survive with people hunting you as a food source.

Don’t worry. Be happy. Morgan Freeman will figure out what to do and save the earth from the foibles of little white people everywhere.

A whole lot of our fellow citizens would be meeting god, and for no other sin than living in a city.

The people who made it to your neck of the woods would be the hardest, most ruthless, and smartest.

Good luck holding on to anything you have in those conditions. And I DO mean ANYTHING.

Some people, it would apppear, have a problem “meeting God.”

Some watch too much TV. The media-the blind leading the blind-has a ‘lights out’ obession with their constant gloom and doom scenarios.

You know, it’s interesting. I don’t think of “Christians” as being misanthropic people who wish a mass starvation event as a means of flogging people to god.

Mostly, I guess, because I never meet people who want to do anything BUT the opposite…charitably help people in need who, for instance, LACK electricity or any of modernity, and therefore live much closer to death every day.

See, I LIKE modernity, and I figure everything we have is a blessing, and we should want to share it to enrich the lives of everyone. Not wish on them a “black-out” while we smugly assure ourselves we can light a fire and catch a fish, so we’re OK with…whatever…

Mass starvation as a means to starving people to God? You are way off. Way off.

Any thing that happens on this earth is under God’s control and NOT under my control or within my desire.

Where did you get the notion, this weird extrapolation from power grid failure to mass starvation to endorsement by me as a means of force fed evangelization? Not from me.

So there is NO misunderstanding, here is where I am coming from:

From the Hebrew Scriptures, Psalm 18:

You, LORD, keep my lamp burning;
my God turns my darkness into light.
With your help I can advance against a troop;
with my God I can scale a wall

Again, from the Hebrew Scriptures, Psalm 19:

The heavens declare the glory of God;
the skies proclaim the work of his hands.
Day after day they pour forth speech;
night after night they reveal knowledge.
They have no speech, they use no words;
no sound is heard from them.
Yet their voice goes out into all the earth,
their words to the ends of the world.
In the heavens God has pitched a tent for the sun.
It is like a bridegroom coming out of his chamber,
like a champion rejoicing to run his course.
It rises at one end of the heavens
and makes its circuit to the other;
nothing is deprived of its warmth.

You quote the law and your (mis-)understanding of my words. I’ll quote Scripture.
God is Infinite-Personal and He is not silent – especially when the ‘lights go out.

“Stupid” = lawlessness = fools. I don’t beleive that you are lawless.

It might happen in Ukraine this winter. They are running out of energy sources.