The NHL mumps outbreak and what it means for the US

The NHL mumps outbreak and what it means for the US

Adults should check their vaccination status so they don’t get sidelined. 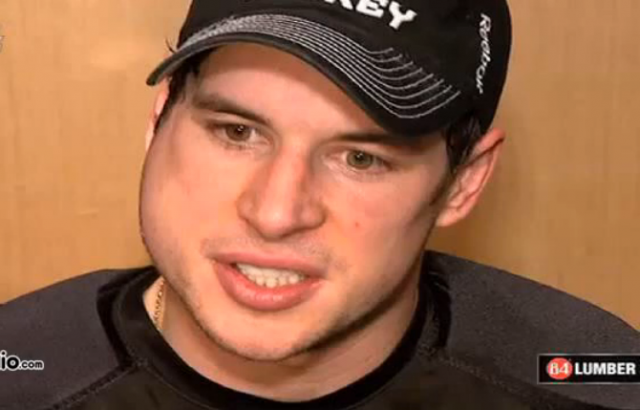 It looks like a mumps outbreak has body-checked the National Hockey League!

This is the most baffling sports medicine story of the year: Thirteen NHL players and two referees have been diagnosed with mumps—a potentially severe and exceedingly viral infection that classically causes fever, body aches, malaise, and in about half of cases, parotitis (a painful swelling of the salivary glands). It’s gotten so bad in the NHL that Sidney Crosby set off a mumps alert last week when he spoke to reporters with a welt on his face. (On Sunday, the Penguins confirmed Crosby does indeed have the disease.) So what’s going on?

The story of this outbreak appears to have begun in early November, when Anaheim Ducks defenseman Francois Beauchemin noticed a swelling in his jaw after a game against the Arizona Coyotes on November 7th. A few hours later, he developed a fever, chills, muscle aches, and lost his appetite. Four days later, he was ten pounds lighter. By then, the virus was spreading around the Ducks locker room. Three of his teammates would catch the disease before it leapt to other teams: the New Jersey Devils, New York Rangers, and the Minnesota Wild, where five players came down with mumps, including all-star defenseman Ryan Suter.

“Ten percent of our team population contracted it,” Minnesota Wild general manager Chuck Fletcher recently said. “As far as I know, everybody received the immunization when they were young.” If that’s true, what’s the explanation? We know that the mumps vaccine unquestionably works—cases in the United States declined by 99 percent following its introduction in 1967—so why is an outbreak in hockey happening now?

CBS This Morning reviews the story:

Mumps is often associated with childhood, but adult infections have been known to occur in clusters and the effects can be quite debilitating…especially in males.

Mumps can be the most severe in adulthood, causing complications such as meningitis (infection of the covering around the brain and spinal cord). About 15 out of 100 adults with mumps develop meningitis. This can include headache and stiff neck, but most infected adults get well within 3 to 10 days. Pancreatitis, swelling of the pancreas (an organ with many functions including helping to digest food), is usually mild and can occur in 5 out of 100 adults with mumps. Mumps infection during the early months of pregnancy has been linked to miscarriage. Death from mumps is rare, but when it happens, it occurs most often in adults.

Is an epidemic likely, especially amongst hockey fans? No, although 1,078 cases have been reported for 2014, which is a big jump from the 438 reported in 2013. Although the measles-mumps-rubella (MMR) vaccine is very effective, “secondary vaccine failure” occurs as antibody levels fall over time. Research indicates that long-term prevention of mumps outbreaks with use of current vaccines and vaccination schedules may not be feasible.

As the NHL cases demonstrate, outbreaks can still occur in highly vaccinated U.S. communities, particularly in close-contact settings — such as schools, camps, and locker rooms. The Centers for Disease Control and Prevention lists these recent  examples:

In a nutshell: Adults who are heading off to college, military camps, sports teams, or other locations where there are a lot of people in an enclosed space should check their vaccination records and get a MMR booster, if needed. Being vigilant about vaccination status is especially important after the recent rush of unvaccinated immigrants who have surged into this country.

Don’t be sidelined by mumps — it looks like we have a lot of work to do keeping the next session of Congress in check!

We know that the mumps vaccine unquestionably works

Andrew Wakefield is no longer a doctor, because he deliberately fabricated his so-called “evidence” against the MMR. If anyone was callous, it was him, knowingly causing the return of measles, just so he could create a lucrative job for himself giving expert testimony.

Oh, sorry, no, it was the fraudulent, unethical study the book was based on that revealed him as a scam artist. My bad.

I was *going* to say, I knew the source of the infection as soon as I read it was after a game against Arizona.

Immunity is a complex thing. Just because the vaccine worked doesn’t mean that the immunity is permanent for all individuals for their entire lives. Mumps is given as part of the MMR. Under normal conditions, individuals don’t contract more than one of these diseases at a time and not at such a young age. Or maybe having the actual disease gives a more lasting immunity than the MMR inoculation. There is a lot the scientists don’t know.

as a society we’re losing our ‘herd immunity’ thanks to a bunch of moonbat conspracy theorists who get their medical advice from ex-MTV stars. throw in tens of thousands of illegal immigrants from third world countries and this is what happens.

If these guys got the shot, shouldn’t at least most of them be immune…I mean that’s what the science or at least the medical industry says right?

Herd immunity is a myth. Viruses can mutate more rapidly than any other genetic material on the planet because they aren’t constrained by the properties of living organisms.

I think it is common knowledge that no vaccine is 100% effective, and many of them have limited duration of effectiveness. Neither of those issues means they are not worthwhile.

First off, the numbers attributed to outbreaks have shown that even in highly vaccinated communities, outbreaks still occur. Whooping cough (pertussis) has come back in the states and the UK…even in regions that are highly vaccinated. There are also several reports on measles showing the same thing.

Second, herd immunity is a theoretical concept, not by any means proven “with math”. For example, you can take a snapshot and “do math” to show lower incidence in a highly-vaccinated community based on data at a particular timepoint. Your math is correct but is your theory? Will it stand the test of time?

As you say, no vaccine is 100% effective but then how effective is it? 90% for x number of years? What is x? Will everyone in the population who’s been told as kids they only need it once reach x at the same time and get re-vaccinated?

Heady concept in the classroom…doesn’t really translate into the real world and I’d caution you about blaming a particular group of people based on limited details of the cause. This is the “mistake” that the media (LA Times) and the public health folks (Council on Foreign Relations, etc.) are pushing…I put mistake in quotes because they know that there are multiple plausible and possibly additive explanations but never let a good crisis go to waste.

Oh and lastly, I’m not an anti-vaxer, always gotten my shots, unless I had a bad reaction like with Hep B, which I tried but couldn’t complete. I understand anyone who wants more time to consider whether or not to take a shot rather than have it pushed on you or your children by some health care worker bee that is told to do so by their superiors.

I will grant you that there are many things about medicine that are not “proven” in that the medical community still doesn’t know exactly why they work.

Or are you arguing that living in a community with higher levels of immunity doesn’t reduce an individual’s chance of contracting a disease, whether or not that individual has been immunized? If not, then what is the mechanism by which diseases spread?

It is only “theory” in the sense that the precise degree of community immunity cannot be fully known at any point in time. It’s common sense really. And very widely accepted in the medical community. To say it doesn’t work is to say that either vaccines don’t work or diseases don’t spread from person to person, or both.

All that being said, I also know that some individuals may have adverse reactions to specific vaccines. And I also know that sometimes the vaccine itself can cause the disease. While occurring in small numbers, these are obviously unfortunate outcomes, but when viewed from the perspective of the community as a whole they are better outcomes than widespread disease outbreaks.

Vaccines do not impart permenant immunity, that is something that we have learned over the last 50 years. most vaccines last between 10 and 15 years at most. and Adults tend to not get booster vaccinations.

I had mumps when I was a child; my children have all had the MMR and teen boosters. When I was young they told us that getting these worked for the rest of our lives. When my children got their boosters, we were told that they didn’t last for life.

The real question: where did this guy get it from in the first place? He apparently came down with it after playing a game in AZ, where many illegals still are, and work……in locker rooms, perhaps?

As I recall, it is transmittable via air, not just tough or bodily fluids.

How did he get it, and why is it hitting so many teams – just from contact with him? Hmmmmmmm, I wonder……..

I’m a huge hockey fan and so have been following the mumps stories for months. It did not start with AZ and in fact the St. Louis Blues and other teams showed evidence of mumps in October. Also, the incubation period is 12 – 17 days so Beauchemin did not get it in AZ at that game. While the incubation period is much longer, the transmission method is the same as for the common cold or flu. Saliva, blood (don’t watch hockey if you can’t stand the sights of saliva and blood), and general bodily fluids are the conduits. The infectious period is approx. 5 days and starts with presentation of symptoms. Sidney Crosby of the Penguins (pictured at the top) should not have been in public talking about it because it’s pretty obvious he was still infectious. His teammate who contracted it around the same time is in quarantine. Ryan Suter of the Minnesota Wild just gave an interview talking about holing up in his bedroom away from wife and kids while he was contagious.

I think we’re going to be seeing much more mumps in the near future and there might be a program to get adults booster-shot. What we do about all of Pres. 0bola’s illegals spreading disease is a great question with no answer. My husband lost his lifelong best friend to meningitis last year and the idea that mumps could cause that in adults literally terrifies me!

But it’s hockey, it’s not like it is a real sport or anything…=b

Obama needs to reveal where he is housing the illegal aliens.

Better to get the mumps than Enterovirus D-68.