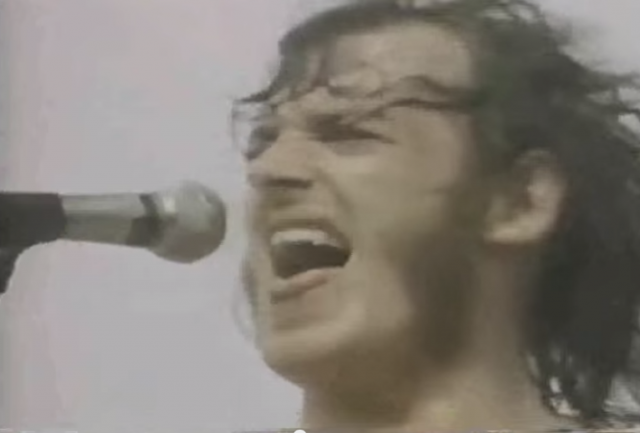 Singer Joe Cocker, best known for his cover of the Beatles’ With A Little Help From My Friends, has died aged 70, his agent has confirmed.

The Sheffield born singer-songwriter had a career lasting more than 40 years with hits including You Are So Beautiful and Up Where We Belong.

Sir Paul McCartney said he was a lovely guy who “brought so much to the world”.

Cocker’s friend Rick Wakeman, keyboard player for the rock band Yes, called his rendering of With a Little Help From My Friends “sensational” and said: “He had a voice that was just unique.”

He’ll always be most remembered for his rendition at Woodstock of With A Little Help From My Friends:

It was more than a rendition. It became something of a cultural icon:

John Belushi cantando With A Little Help From My Friends from James Lester Wright Gajete on Vimeo.

His voice was unmistakable, whatever he sang.

Another piece of my childhood has died. That seems to be happening a lot lately.

Joe’s “Feelin’ All Right” has more energy in one tune that many albums of today’s “rock.”

May he Rest in Peace. I have been a Joe Cocker fan ever since he sang “Up where we belong” with Jennifer Warnes in “An officer and a gentleman”. His versions of “Whiter Shade of Pale” and Ain’t no Sunshine” are among his less well known works, but are some of my favorites.

I feel your pain Prof. I am in my 40’s now and its starting to happen to me as well. The good news is that Joe Cocker was one of those artists that was able to bridge the gap in generations. I work with kids and you would be surprised how many of them know who he is and have heard his music.

To Joe, while I am sad to see you go, I am glad that your battle with cancer is over and you can finally rest. May the Lord Bless and Keep you and your loved ones in this time.

I think I was sleeping during this era. Thankfully.

Yep, me too. However, ain’t been no good music since Benny Goodman was superseded by Buddy Holly, Jerry Lee Lewis, oh, and The Beach Boys!

I wasn’t sleeping. I was listening to music. Thus, I missed out on whatever appeal he may have had for many. (In general, I find most post-50s rock to be noise. I never understood it.)

Full marks to Mr. Cocker for his charitable work on behalf of kids.

I’ll miss Joe Cocker. For years I thought he had a physical disability but then found he was just playing air guitar or something.
I’m sorry those you above don’t like 60s hard rock. Cream, Led Zepplin, Yes, Jethro Tull, Santana, Procol Harum, John Mayall etc. If you love the Les Paul/Marshall combination as I do, then these and others will make your spirit soar!!!

Do not forget his charitable work, either. Cocker’s Kids was set up for the kids, not for publicity.

And his early concert tour film “Mad Dogs & Englishmen” was great entertainment – at a time when records were on vinyl and there were only three television networks.

It also introduced (or reintroduced) Leon Russell to a wide audience.

He didn’t twerk. He didn’t replace musicianship with idiotic visuals that were passed off as part of the art of music.

He was just very good at his craft.

When you close your eyes and hear the quality of his work, you know you have lost something special as you contemplate his passing.

Belushi’s take on Joe still cracks me up.

So long Joe – thanks for all the inspiration.
https://www.youtube.com/watch?v=3xJWxPE8G2c