Not permitting game-changing missile transfers to Hezbollah by Iran through Syria. 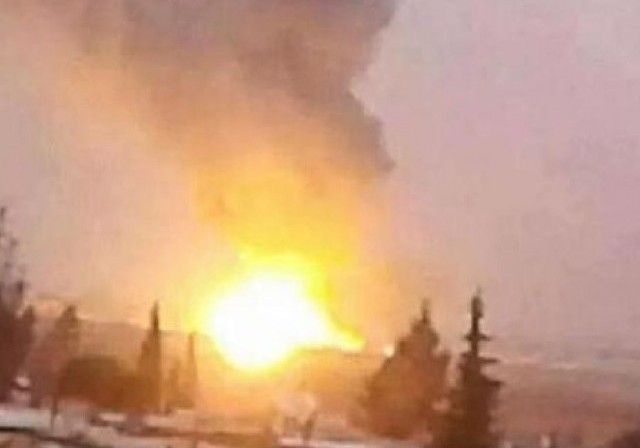 Iran recently boasted how it had transferred via Syria game-changing missiles to the terrorist Hezbollah, which controls much of Lebanon and is fighting alongside the Assad regime in Syria.

Israel has warned about such missile transfers, and reportedly (without Israel admitting it publicly) bombed convoys and facilities in Syria to stop such transfers.

It appears from news reports that Israel has acted again. Reuters has confirmed the bombing:

As with all such breaking events, photos and videos on Twitter are not yet verified as authentic.

"According to foreign reports the attack reportedly targeted a warehouse of advanced S-300 missiles, which were… http://t.co/3NVMuE3Pmt

Happy hunting, IAF.
May your aim be true and shots strike their targets.

Somebody knew something. That must drive the Hamas leadership nuts.

Yeah! I never get the feeling that our guys have anything close to this level of visibility into our enemy’s plans.