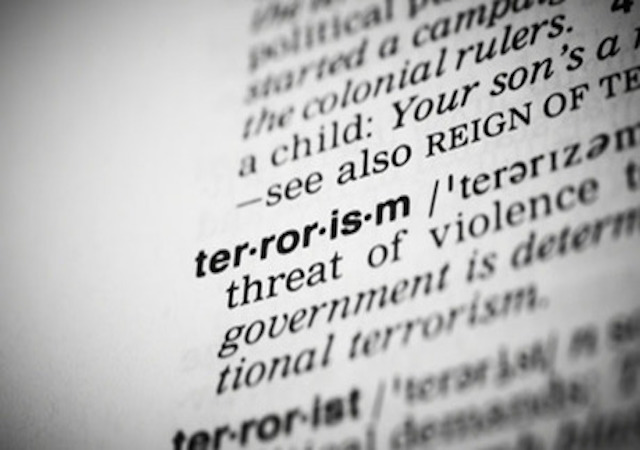 There has been another outrageously evil attack in which Islamist terrorists target children, this time in Pakistan:

Militants from the Pakistani Taliban have attacked an army-run school in Peshawar, killing 141 people, 132 of them children, the military say.

Officials say the attack in the north-western city is over, with all the attackers killed. Seven militants took part in all, according to the army.

Gunman methodically went from room to room and shot most of the victims in the head. The terrorists are reported to have been wearing suicide vests, and this article indicates that some of those vests were set off after Pakistani security forces came to the scene. The school appears to have had its own security, but:

The gunmen, who several students said communicated with each other in a foreign language, possibly Arabic, managed to slip past the school’s tight security because at least some of them were wearing Pakistani military uniforms, some witnesses said.

When I wrote the introductory sentence to this post, I was careful to say that this attack involved the targeting of children. It is important to state that the killing of children was completely intentional and the main goal of the operation, rather than children being accidental collateral damage in an attack on other people. This is an important distinction, a line the terrorists (and the left) purposely blur in statements such as this:

“We selected the army’s school for the attack because the government is targeting our families and females,” said Taliban spokesman Muhammad Umar Khorasani. “We want them to feel the pain.”

It is highly likely that the Pakistani government does not “target” their families and females, although some have probably been killed as collateral damage. But there is no question that children were targeted here, and that this is often the terrorists’ m.o.. We’ve seen it a great deal when Palestinian terrorists work in Israel, for example. Here the rationale, if you can call it that, was that a lot of these victims were children of army personnel; in Israel, the Palestinians often say that since all Israelis serve in the armed forces, all children are fair game as targets because they grow up to be soldiers. It’s evil sophistry, but many Western leftists will parrot these arguments with approval.

President Obama used the word “depraved” to describe the attack. It’s an old-fashioned term but it fits the situation well. But that doesn’t mean this was a random act of insanity. It is a purposeful approach, one with that of ISIS and other Muslim terrorist groups who want to sow fear and the deepest grief possible.

Of course, by doing so they might motivate the Pakistini government and its people to step up the fight against them. Perhaps they don’t care, or perhaps that’s what they want, because they think that they are on the side of righteousness and will prevail.

Just bear in mind: Ol’ Walleyes Clinton wants us to respect and empathize with our enemies.

There ain’t no way in hell.

In the world, there are some people who are simply evil. Kill them.

Tuesday’s edition of the Religion of Peace is in the books. What’s on tap for Wednesday?

Before you type a single character, remember …

I know, every time your hear ..

… you think of peace

No you don’t .. you look for the nearest exit

Well, I guess law school final exams will be postponed for at least a decade.

It only makes sense, right?

Depends. Were the little children black?

More terrorist heroes for the cover of The Rolling Stone magazine. Will they run one cover with a group picture, or will they have a few separate issues?

Radicals have infiltrated the Pakistani military and are even thought to control the intelligence services. Whether or not they can be purged from those positions remains to be seen.

The old pattern in Pakistan was for the military to step in for a few years when civilians made a mess of things, but that formula may no longer be operable.

I’m sure they’ll be reasonable with the nukes right?

Not only murder, but torture, too. Also, the commission of both torture and murder were indiscriminate. Without any further purpose than to terrorize and to abort the progeny of competing interests.

It’s not depraved. It’s the natural order untempered by morality. It is parties competing to improve their fitness through controlling or removing competitors.

Obama needs to reflect on his pro-choice depravity. It’s one matter to abort your own children. You alone are responsible for their death. It’s another to encourage others to abort their children. Going so far as to forcibly subsidize it with captured wealth (i.e. taxes). The government’s compelling interest is to ensure the revenue stream from taxable assets. That, and the desire to secure democratic leverage, were the motives for attacking women at home.

Maybe I’m getting a little heartless in my aging and dealing in foreign affairs. I do not have much sympathy for this event. Sure, I don’t want to see over 100 kids killed while attending school, but this is what the middle east region has been breeding for the last century and beyond. Middle eastern countries have not made any effort on their own to deal with groups akin to Al Queda and the Taliban.

They created this mess, now they need to deal with it.

I am confident, given some time and a platform, some committed leftist like Ward Churchill could find moral equivalency between this and something white Americans have done. Unfortunately Obama thinks the same way. It is the way of the left.