How the Media Aids Hamas

How the Media Aids Hamas 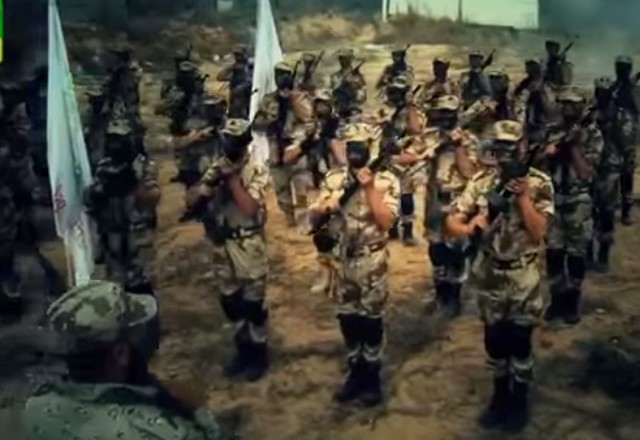 Friedman has followed up with a new article in The Atlantic, What the media gets wrong about Israel. One part of Friedman’s new expose is about the unexamined role Non-Governmental Organizations (NGO’s) play in shaping the news from Israel.

This confusion is very much present in Israel and the Palestinian territories, where foreign activists are a notable feature of the landscape, and where international NGOs and numerous arms of the United Nations are among the most powerful players, wielding billions of dollars and employing many thousands of foreign and local employees. Their SUVs dominate sections of East Jerusalem and their expense accounts keep Ramallah afloat. They provide reporters with social circles, romantic partners, and alternative employment—a fact that is more important to reporters now than it has ever been, given the disintegration of many newspapers and the shoestring nature of their Internet successors.

In my time in the press corps, I learned that our relationship with these groups was not journalistic. My colleagues and I did not, that is, seek to analyze or criticize them. For many foreign journalists, these were not targets but sources and friends—fellow members, in a sense, of an informal alliance. This alliance consists of activists and international staffers from the UN and the NGOs; the Western diplomatic corps, particularly in East Jerusalem; and foreign reporters. (There is also a local component, consisting of a small number of Israeli human-rights activists who are themselves largely funded by European governments, and Palestinian staffers from the Palestinian Authority, the NGOs, and the UN.) Mingling occurs at places like the lovely Oriental courtyard of the American Colony hotel in East Jerusalem, or at parties held at the British Consulate’s rooftop pool. The dominant characteristic of nearly all of these people is their transience. They arrive from somewhere, spend a while living in a peculiar subculture of expatriates, and then move on.

In such an environment Friedman notes, “a distaste for Israel has come to be something between an acceptable prejudice and a prerequisite for entry.”

But, as noted above the role of NGO’s remains, largely unexamined by the media. In fact Friedman reports that the one person he’s observed being barred from being interviewed  by the AP, has been Gerald Steinberg, founder of NGO Monitor, a watchdog that documents the dubious funding and activities of many NGO’s who serve as sources for Israel-based reporters.

Transparency, often a watchword for journalists, is absent when it is their sources and friends coming under scrutiny. But simply claiming to being on the side of angels shouldn’t be enough to be accepted without questions.

After describing the fertile ground prepared for propaganda, Friedman turns his attention how Hamas plants its narrative.

In previous rounds of Gaza fighting, Hamas learned that international coverage from the territory could be molded to its needs, a lesson it would implement in this summer’s war. Most of the press work in Gaza is done by local fixers, translators, and reporters, people who would understandably not dare cross Hamas, making it only rarely necessary for the group to threaten a Westerner. The organization’s armed forces could be made to disappear. The press could be trusted to play its role in the Hamas script, instead of reporting that there was such a script. Hamas strategy did not exist, according to Hamas—or, as reporters would say, was “not the story.” There was no Hamas charter blaming Jews for centuries of perfidy, or calling for their murder; this was not the story. The rockets falling on Israeli cities were quite harmless; they were not the story either.

Hamas understood that journalists would not only accept as fact the Hamas-reported civilian death toll—relayed through the UN or through something called the “Gaza Health Ministry,” an office controlled by Hamas—but would make those numbers the center of coverage. Hamas understood that reporters could be intimidated when necessary and that they would not report the intimidation; Western news organizations tend to see no ethical imperative to inform readers of the restrictions shaping their coverage in repressive states or other dangerous areas. In the war’s aftermath, the NGO-UN-media alliance could be depended upon to unleash the organs of the international community on Israel, and to leave the jihadist group alone.

Of course accepting a report that 70% or more of those killed were civilians is easier than combing the list of casualties and comparing results with those claimed by terrorist organization claiming who their martyrs are.

“Matti Friedman’s revelations regarding the efforts to censor NGO Monitor and me as its president are not entirely surprising,” said Professor Gerald Steinberg, president and founder of NGO Monitor. “Based on our experience in publishing detailed research on over 150 NGOs claiming to promote human rights and humanitarian objectives, we are aware of the intense efforts to maintain the NGO ‘halo effect’ and prevent critical debate. While the AP censorship was explicit, we have experienced similar silencing from other media platforms.”

About the same Friedman’s initial expose similar articles by Richard Behar in Forbes and Mark Lavie (who is quoted in this week’s Friedman article) in The Tower Magazine were published bringing different perspectives to the too-prevalent anti-Israel bias that persists in the media.

UPDATE: Sharona Schwartz at The Blaze reports that the AP responded to the article and disputed that it had a boycott of Steinberg or NGO Monitor. AP showed that it quoted Steinberg a number of times. However he was only quoted once in his capacity as head of NGO Monitor. .

As Orwell understood and tried to tell us, control of information is control of…well, pretty much everything.

More and more, we have to realize that “news” and our education system are corrupted to the point where we simply have to find ways to compete. And we are.

But THAT is where conservative money should be going, more than into any GOP fund, and especially NOT into the pockets of teh usual suspect consultants.

RE: “As Orwell understood and tried to tell us, control of information is control…”

Except when people DO NOT believe the official propaganda.

In the final days of Nazi Germany – after more than a decade of outrageous propaganda statements (remind you of any president?) – the people often did the exact opposite of the propaganda.

In early 2003 an email on a blog came to my attention that was so good I kept a copy in my files. The writer was not identified and is unknown to me, so I can’t give credit where due, but the words are not mine.

The statement, addressing the UN, is a near perfect description of consequences of the non-aligned, non-partisan, neutral, unbiased mind. Not addressed is the ability to overcome the tremendous sensory input and intellectual obstacles, to the point of becoming a tool, a useful idiot, in order to remain that way. The last sentence is the key. Here’s the quote.

“The UN is amoral by its very nature and composition. A pluralistic body comprising good and evil states that actively struggle against one another is necessarily morally neutral. That’s why the UN is worse than useless. Much worse. Moral neutrality that masquerades as good is affirmatively destructive: it obscures the line between good and evil.”