Those dead eyes are watching you. 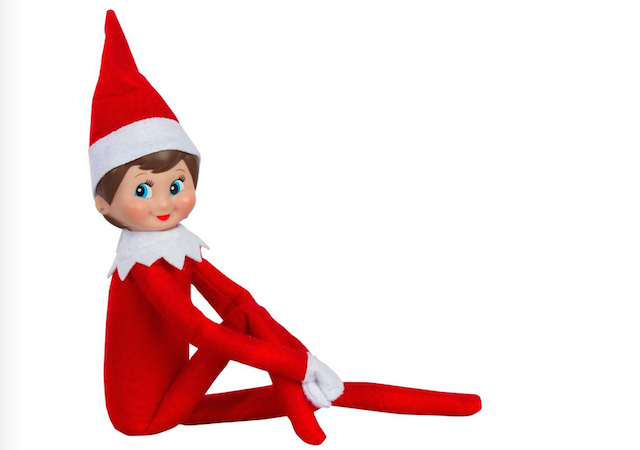 Did you know that the elf on your shelf is training your children to accept the inevitability of the surveillance state? Neither did we.

Digital technology professor for the University of Ontario’s Institute of Technology Laura Pinto thinks so, and in her new paper “Who’s the Boss,” she discusses the nefarious way in which Santa’s most popular emissary is conditioning children to devalue their own privacy, and using threats (have you been naughty or nice?) to elicit acceptable behavior.

EAG News has a helpful excerpt:

When children enter the play world of The Elf on the Shelf, they accept a series of practices and rules associated with the larger story. This, of course, is not unique to The Elf on the Shelf. Many children’s games, including board games and video games, require children to participate while following a prescribed set of rules. The difference, however, is that in other games, the child role-plays a character, or the child imagines herself within a play-world of the game, but the role play does not enter the child’s real world as part of the game. As well, in most games, the time of play is delineated (while the game goes on), and the play to which the rules apply typically does not overlap with the child’s real world.

And here I thought the dead eyes and homicidal expression were the worst things the elf on my friend’s shelf had going for it.

I don’t have kids. I don’t have an Elf. Until about two days ago, I had no idea that the point of the Elf on a Shelf was to conjure up a few moments of peace for mommy and daddy in their otherwise chaotic, child-filled world:

The Elf on the Shelf®: A Christmas Tradition is a cleverly rhymed children’s book explaining the story of Santa’s scout elves, who are sent to be Santa’s eyes and ears at children’s homes around the world! Adopt your own scout elf and learn the tale of Santa’s finest helpers. The whole family will enjoy this Christmas tradition.

Scout elf, indeed. From the man who brought us the terror of, “he sees you when you’re sleeping, he knows when you’re awake” comes this weirdness, and in gallops academia to ruin the fun.

Laura Pinto is entitled to write whatever she wants about how parents condition their children to not act like total animals, but that doesn’t mean that anyone must or should listen to her. I’m not quite sure when we all became so concerned about creating tenuous metaphors with trendy holiday props and what I can only assume is a very merry version of Hitler’s Berlin, but it’s time to put down the eggnog and give it a rest.

The Elf is damaging your child’s id. Christmas trees are a microaggression against shrubbery. Sugar cookies are gluten missiles aimed at our heads.

Just stop it. Seriously. If your thesis were any less asinine I would ignore it, but Laura, please. Close the laptop and find something else to do. 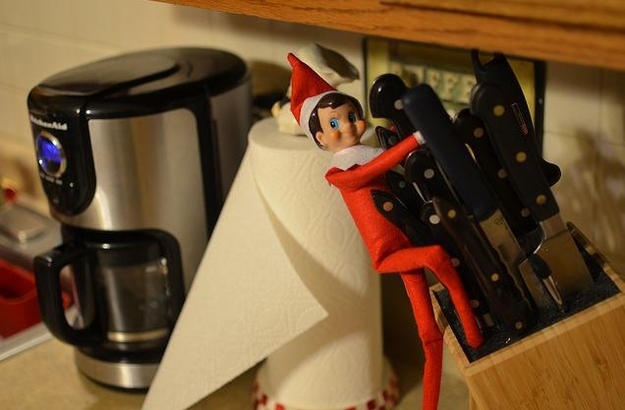 Idiot. I believe that some in academia have embraced the ideology of post-intelligent man.

That elf has a Chucky look in his eyes.

“Many children’s games, including board games and video games, require children to participate while following a prescribed set of rules.”

You mean NOT like the game Rioters and Looters? Oh, wait. I’m off topic.

You mean Like Chutes and Ladders, Skunk, Uno, Parcheesi, Candy Land? Oh My! What other unknown psychological terror lurks on my shelf!

OMG! Did you know that the word “shelf” has the word “elf” in it! You had better watch your usage of the word “shelf.” Who knows who may be listening to you in your surveillance state of mind.

Anyway, I am ruined for life. I saw mommy kissing Santa Claus.

My concept of elves comes from the movie “Lord Of The Rings”.

Don’t forget about the lady elf from “The Hobbit”!

A Peter Jackson invented character I have no problem with.

I think the Elf is a little creepy but small children seem to love it. My little cousin shows me what it did every time I go over. She doesn’t seem traumatized.

But then, my parents told me Santa was a game we played when I was a kid so maybe I am missing something.

He sees you when you’re sleeping…
He knows when you’re awake…
He knows if you’ve been bad or good…
So be good.
For goodness sake………

“Angels above us are silent notes taking

of every action, than do what is right…”

Some of us were surveilled for centuries before surveiling was cool…

Nothing wrong with a little Old Testament on your borry sutts:

The eyes of the Lord are in every place, beholding the evil and the good.

Proverbs 15:3 and by your naturally I mean our

Forget the Elf. Now there’s Mensch on a Bench.

That is what started this whole thing.

Mensch on a Bench was created by a Jewish father who wanted to teach his sons about the Jewish holiday while adding new traditions to the family. First came the story of Moshe the Mensch who helped Judah Maccabee at the temple. Moshe played dreidel, loved gelt, and was a true Mensch. Next came the doll which could hold the Shamash candle and watch over the Menorah.”

Many children’s games, including board games and video games, require children to participate while following a prescribed set of rules.

Children should be encouraged to play Calvinball. Adults should play Fizzbin and Cranko.

“he sees you when you’re sleeping, he knows when you’re awake”
Doesn’t god do this too? The entire concept of a celestial or divine being watching your every act is really pretty creepy when you stop to think about. Pair that with “being good” both because you’re watched and because there’s a reward for being good, and I have to ask how “good” is “good” that’s predicated upon a system of observation, and the threat of punishment or the promise of reward? I’d rather just be “good for goodness’ sake” and do the right thing even though nobody is watching.