Is Russian Economy Rushing to Disaster?

Is Russian Economy Rushing to Disaster? 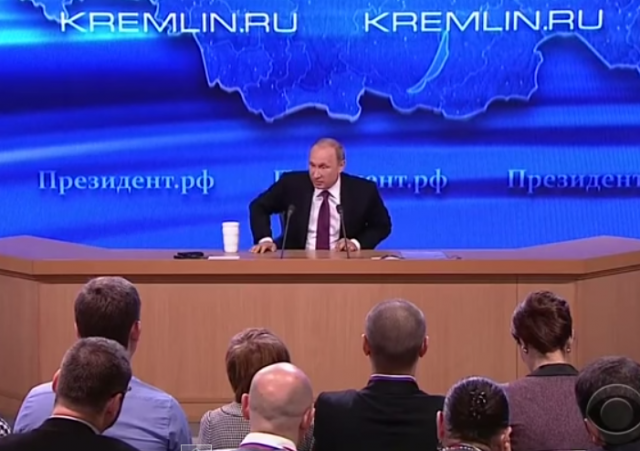 Back in 1998, there was a resurgent US economy while Europe, Japan, and emerging markets floundered. The dollar strengthened and oil prices plummeted. We also had an embattled second-term Democratic president with Republicans in control of both houses of Congress.

But most reminiscent of all is what is going on with Russia. In August of 1998, Russia defaulted on its government debts after a crushing devaluation of the ruble. The 1998 Russian Financial Crisis was caused by both external shocks—the 1997 Asian Financial Crisis and plummeting oil prices—and domestic woes.

Quite similarly, the ruble has halved in value this year (the worst performing currency of the year), due to the plummet in oil prices. Oil and gas account for half of the Russian state’s budget and 70% of the country’s exports.

Now, with oil nowhere in sight of returning to $100+ highs, the country’s ability to repay foreign debts is coming under serious doubt. Standard & Poor’s recently said there is a 50% chance it would downgrade Russian bonds to “junk” status. Even Peru and Botswana have higher credit ratings than that.

Last week the Russian Central Bank hiked its baseline rate to a whopping 17% in order to restore confidence in the Russian economy. However, the drastic move has been to no avail, as ruble sellers continue to outnumber buyers.

But as history has shown, the Russian Bear, especially under the auspices of strong leaders, doesn’t go down without a fight.

The Russian government has already plowed through $96 billion of its foreign exchange and gold reserves in (failed) efforts to prop up the ruble, according to Business Insider. This leaves about $414 left, but The Economist doubts how much is liquid and readily available—apparently, $170 billion is wrapped up in two big wealth funds, making them “inaccessible” in the short-term.

Instead of wasting its reserves in the trench warfare of the forex markets, the Russian government might just turn to bailing out its domestic banks and energy companies that need US dollars to pay back debts. Indeed, the whole bind on Russia right now, as was the case in 1998, is that significant portions of their debts are denominated in US dollars, meaning they must be paid back in US dollars. That is why the Russian Central Bank can’t “print its way out” of this mess, because only the Federal Reserve can print US dollars.

Business Insider reports that Russia has $100 billion worth of foreign debt due next year, and $600 billion in total. Only $38 billion of Russian government debt is denominated in US dollars, and only $6 billion is of that is due in 2015. So, it seems the Russian government can stave off default in 2015. As for Russian companies, that’s another story.

According to a CNBC report, which cites a Wells Fargo report, Russian companies have $160 billion in debt due to overseas subsidiaries and parent companies, and Russian banks have $200 billion in external debt. “Other sectors” have $300 billion. The report is unclear whether these figures are dollar-denominated debts, but some other reports suggest they are.

Rosneft, Russia’s state-owned oil company and the largest publicly traded oil producer, recently paid $7 billion in US dollar debt, and stated it has enough dollars to meet future debt payments. With $20 billion in cash, and $19.5 billion debt payments coming due, Rosneft can survive if it remains very financially prudent. However, Rosneft’s ability to meet the recent debt payments was courtesy of the Russian Central Bank, which basically printed $10.8 billion worth of rubles to specifically inject into the company. That is not exactly confidence-inspiring.

What would a Russian default n 2015 or 2016 mean for everyone outside of Russia? Pundits and analysts are divided: some predict doom, others are not so worried.

The 1998 default took down Long-Term Capital Management, a rock-star hedge fund that had two Nobel Prize-winning economists on its board, because of its exposure to Russian bonds. It also took a beating to US equity markets. But aside from that, there was no widespread, systemic catastrophe.

Today, it generally seems no Western banks or hedge funds are highly exposed to Russian debt, but reverberations of a likely Russian recession (to occur next year regardless of a default) could spell trouble for US companies that do a lot of business in that country.

With falling oil prices and revenues and growing debts and deficits, it looks like Russia will be seeing a lot of red once again.

A couple of oil tankers sinking in the Strait of Hormuz after mysterious on-board explosions could change some of these dynamics.

My understanding is that, unlike the idiots running Venezuela, Russia built up its reserves after the Yeltsin era and is on much sounder footing. I’m also not going to dignify the ‘HA HA you conservative freaks the end of your false god Putin is at hand’ stuff coming from well, I won’t even bother dignifying his name, some dude at the New York Times. And ‘to a whopping 17%’ ? Only a large helping of historical amnesia can explain that line away. It’s ok, but I’m just saying, wishful thinking is not going to bring Putin down. Others will go down first. I hope Iran starts screaming soon.

Plummeting oil prices also harm Western producers. Although, it does reduce the cost to consumers, temporarily. It’s seems to benefit the Saudis and OPEC with easy access to oil. If Americans are involved, I wonder how long we can sustain this self-defeating conspiracy.

Also, what is causing greater harm, sanctions or the government’s trillion dollar deficits, that devalue capital and labor denominated in American-backed dollars. Is Obama’s debt policy part of the sanction regime? It is surely a double-edged sword.