Not very! But that’s little comfort to an accidentally exposed CDC tech. 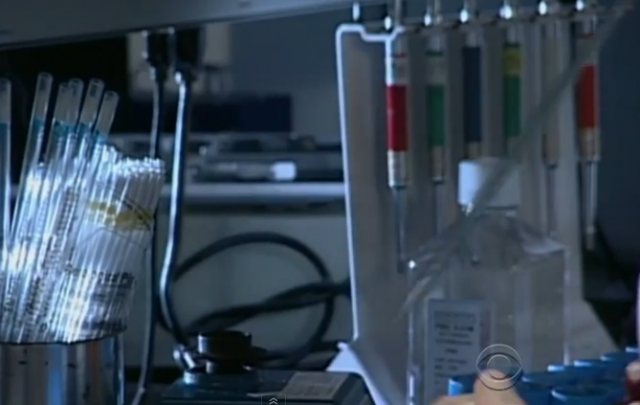 Some good news in time for Christmas, as it relates to the Ebola epidemic in West Africa.

It looks like those September projections of 1.5 million new cases are going to be off…by a fairly wide margin.

As of Monday, there were 19,340 Ebola cases and 7,518 deaths, mostly in West Africa, according to the WHO. Sierra Leone had the greatest number of cases, 8,939 — almost half of all reported illnesses. Liberia had 7,830, a decrease; and Guinea had 2,571, with an incidence that the WHO described as “fluctuating.” The disease seems to be slowing in Sierra Leone, and the response to Ebola in all three countries — the hardest-hit by the outbreak — has significantly strengthened, the WHO said.

The situation is considerably better than a projection in September, when health officials unveiled a worst-case scenario of 1.5 million infections by January if nothing was done to stop the disease’s spread. Even when that estimate was released, officials from the US Centers for Disease Control and Prevention suggested that level of infection would be unlikely, since more aid was already reaching the most-affected countries in West Africa

[These charts, from the report, show at top the number of people infected by each sick person (the case reproduction number). The lower panels show the observed and projected weekly incidence of confirmed and probable Ebola cases. (WHO Ebola Response Team)]

However, new cases are still occurring and the containment efforts have met with uneven results. In an effort to prevent more infections, the hard-hit West African nation of Sierra Leone has cancelled Christmas parties and other public gatherings.

The deadly Ebola epidemic in Sierra Leone means no festive parties at the beach, no carolers singing at night.

Authorities this year have banned any activities that could further the spread of the highly contagious virus now blamed for killing more than 7,000 people in West Africa over the past year.

…Public gatherings at restaurants, nightclubs and beaches are banned. And markets are being asked to cut back their hours, reducing the amount of time people have to buy Christmas presents.

That puts a damper on Christmas spirits, as does an incident at the Centers for Disease Control and Prevention in Atlanta. A lab mix-up has accidentally exposed an employee to the Ebola virus.

Researchers studying Ebola in a highly secure laboratory mistakenly allowed potentially lethal samples of the virus to be handled in a much less secure laboratory at the Centers for Disease Control and Prevention in Atlanta, agency officials said Wednesday.

One technician in the second laboratory may have been exposed to the virus and about a dozen other people have been assessed after entering the facility unaware that potentially hazardous samples of Ebola had been handled there.

The technician has no symptoms of illness and is being monitored for 21 days.

A CNN report reviews the details.

Hauntingly, there was a warning about a June accident that resulted in 86 employees being exposed to aerosolized anthrax herlading future incidents with even worse pathogens. The anthrax exposures occurred around the time that six vials of potentially deadly smallpox virus were discovered  in an unused corner of a storage room at a Food and Drug Administration laboratoryin Maryland.

Additionally, it was also revealed this year that  the CDC improperly sent potentially a variety of deadly pathogens, including anthrax, botulism bacteria and the virulent H1N1 flu virus, to other laboratories in five separate incidents over the past decade.

Don’t worry, you are in the best of hands.

seems to me this is running bout a 40% mortality rate (reported confirmed vs deaths) making me really wonder about mutation. would also explain people catching it easier than expected.

Obama’s escort service disperses his illegal alien friends all over the country. They enticed them with amnesty promises, then took delivery of the human cargo at the border, from the cartels and coyotes. Obama and his government sanctioned traffickers bypass our normal safeguards, in the name of social justice or something.

As a few Ebola patients demonstrated, we are not prepared for a contagious disease assault on our health care system, whether deliberate or accidental.

The Ebola scare alerted a few people, but even a wave election doesn’t deter the open borders crowd. They aren’t interested in the will of the people, as the IRS and probably the CDC are used as political weapons against traditional America.

Our greatest health risk according to Kerry and the EPA is man’s tiny bit of CO2 (aka “plant food”). They promote the “fake but real” models over empirical results. Just watched a Discovery channel show claiming coral reefs are dying from acidification of oceans. Nope … those alleged trends come from models, but are refuted by empirical data.

Political hacks are taking over all our science departments.
Grants are for those that advance the narrative.

I’m thankful that it has been much less a threat than I posted of the possibility of it being. Yet it is still ongoing. And I am sad that risky epidemic control behavior was employed and critics mocked for the protection of a particular political fashion of the day, not unlike that if the mislabeled “Spanish Flu” era. Yes, it appears the backlash against the silly policy of sailing into a storm with all sails up — that is, in instant case of allowing unchecked flows of travelers from the plague areas — was in actuality effective, and sanity was employed to lessen and check those flows, both at airports and in the affected countries.

If you or I released a pathogen that killed people we’d be up for murder charges in an instant. If a government functionary does it no legal action is taken, so they have far less incentive to be careful.