A lawsuit has already been filed. 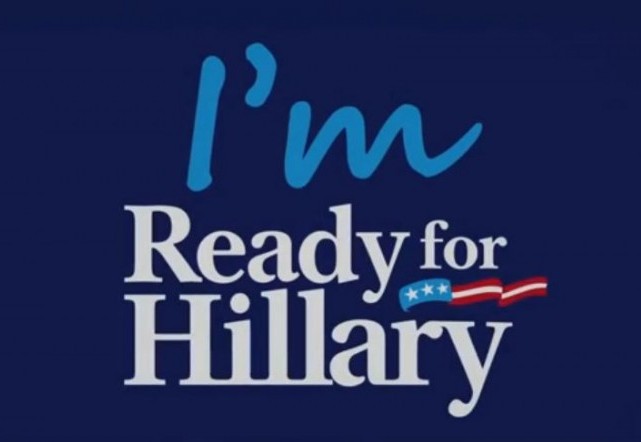 Democrats speak out of both sides of their mouths when it comes to campaign finance laws.

They say they want big money out of American politics but they’ll stop at nothing to raise big money to install Hillary Clinton as America’s next president.

Alana Goodman of the Washington Free Beacon reports how that goal may have resulted in a violation of law:

An anti-Hillary Clinton PAC filed a lawsuit on Thursday to compel the Federal Election Commission to determine whether the pro-Clinton Super PAC Ready for Hillary is violating campaign finance laws.

The Stop Hillary PAC originally filed a complaint with the FEC in January, claiming that Ready for Hillary may be illegally conducting authorized campaign activity on behalf of Hillary Clinton.

The Ready for Hillary email stated “now is the time to get our support for Hillary organized and ready for 2016,” according to the lawsuit.

If there was a legal violation, it would not be a first for a (potential) Democratic nominee.

Katie Pavlich of Townhall filed this report in October of 2012:

A new report obtained by Townhall from the non-partisan Government Accountability Institute [GAI] shows the Obama campaign has potentially violated federal election law by failing to prevent the use of fraudulent or foreign credit card transactions on the official Obama for America [OFA] donation webpage.

Rumor has it that they are going to change the name of her campaign fundraising organization to Whitewater. That way no charges will ever stick.

Even being caught with the Lindbergh Baby, a truck-load of uncut cocaine, 500 sex slaves with a bill of sale from Al Qaeda, a dirty bomb made of spent uranium sold by undercover FBI agents to the DNC AND a carload of tax-free smokes in NYC, no Democrat will ever be accused, much less indicted and tried, while 0bama’s Attorney General rules.

Until they are caught holding a bible and claiming that Jesus is Lord, then all hell will break lose.

And why can’t she send the letters to her Senate committee list?

I wonder what it will be like when a Republican Attorney General is in office? Will he/she be letting this go, or will America finally stand up and jail it’s political terrorist class?

Depends entirely on who wins the WH for the GOP. Imagine a Cruz or Walker nomination for AG/DoJ compared to those likely by a Romney or Bush (shudder).

We should expect a summary judgment in favor of Hillary’s PAC. The order will read: “Summary Judgment Granted in favor of Defendant: What difference does it make?”

Odd. I was expecting the line after “I’m Ready for Hillary Clinton” to be “BOHICA!”

If you’re ready for Hillary, you’re both ready for strait-jackets: