Study suggests vaccinated people may actually be infecting the unvaccinated. 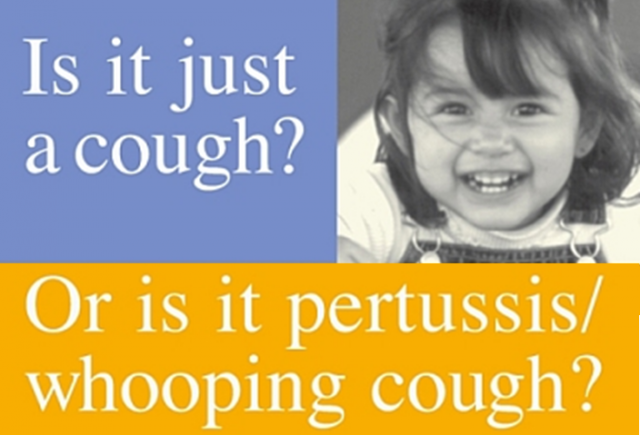 Although the media has recently been less focused on Ebola, the disease is still impacting Africa and the death count now tops 7000.

Meanwhile, a new epidemic of a disease that was once thought well-contained by vaccinations may be occurring in my home state of California. The number of cases of whooping cough (pertussis) has skyrocketed this year.

Nearly 10,000 cases have been reported in the state so far this year, and babies are especially prone to hospitalization or even death.

…Whooping cough is cyclical in nature and tends to peak every three to five years. The last outbreak of the disease in California was in 2010.

But doctors are discovering that immunity from the current vaccine may be wearing off on a similar timeline. Medical recommendations suggest booster shots after eight years, but doctors are seeing kids who received a booster three years ago getting sick. Public health officials are considering an update to the recommendations to account for the dip in immunity seen after three years.

Plus, many kids in some areas aren’t getting vaccinated at all. The highest rates of whooping cough are found in the Bay Area counties of Sonoma, Napa and Marin, which also have some of the highest rates of parents who opt out of vaccinating their children.

Doctors believe these kids are the root of the current and recent epidemics.

Whooping cough feels like a cold at first, but an intense cough that develops later can produce a “whooping” sound. The disease is caused by the bacterium Bordetella pertussis. It can be treated with antibiotics, but the drugs may not be effective when the illness is in the severe coughing stages. Whooping cough can last for weeks and is especially dangerous to infants under 1 year.

California isn’t the only state seeing jumps in pertussis infections.

In 2014, substantial outbreaks of whooping cough have been reported in places including California and Michigan.

Michigan recently reported 70 cases in one city alone. Additionally, an Ohio school district recorded that 78 children were forced to stay home from school due to an outbreak. New cases have also been reported in Northern Idaho, Maine, and Wisconsin.

More details on the disease are offered in the video from the Mayo Clinic.

Specifically, Attkisson notes an article in The New York Times that reviews the findings of a study on vaccinated baboons.

Baboons vaccinated against whooping cough could still carry the illness in their throats and spread it, research published in a science journal on Monday has found. The surprising new finding has not been replicated in people, but scientists say it may provide an important clue to a puzzling spike in the incidence of whooping cough across the country, which reached a 50-year high last year.

The whooping cough vaccines now in use were introduced in the 1990s after an older version, which offered longer-lasting protection, was found to have side effects. But over the years, scientists have determined that the new vaccines began to lose effectiveness after about five years, a significant problem that many researchers believe has contributed to the significant rise in whooping cough cases.

The new study, published on Monday in Proceedings of the National Academy of Sciences, offers another explanation. Using baboons, the researchers found that recently vaccinated animals continued to carry the infection in their throats. Even though those baboons did not get sick from it, they spread the infection to others that were not vaccinated.

“When you’re newly vaccinated you are an asymptomatic carrier, which is good for you, but not for the population,” said Tod J. Merkel, the lead author of the study, who is a researcher in the Office of Vaccines Research and Review in the Food and Drug Administration.

Between the parents opting out of vaccines for their children and the number of unvaccinated immigrants reportedly streaming into this country, I predict 2015 will see another jump in whooping cough cases.

I wonder how many of the places where whooping cough is concentrated have alien children from Central America in their communities.

We all *know* that answer …

Another “gift” from south of the border!

People who refuse to vaccinate their children are a) as gullible as 9/11 truthers, b) bad parents, and c) irresponsible members of their community.

A person vaccinated for a disease can carry the disease, if he or she is exposed to the disease.

Vaccinated for flu, measles, or mumps? You might not catch them, but you can carry the diseases on your hands. They are just saying the Whooping cough can survive in a vaccinated person’s throat. (Think about it: White blood cells are /inside/ the tissues. Inside the throat is outside the body, no way for antibodies to get to the disease.)

You do know that you’re harshing his mellow with rational logical reasoning, right?

This year’s outbreak is not about illegal immigrants, any more than the 2010 one was. It’s about white, wealthy, highly educated parents who choose not to vaccinate.

In 2010, along with the wealthiest California counties, the outbreak centered in places like Austin TX, Madison WI, Columbus OH. What do they have in common? Large university centers, lots of white people, wealthier than average. I reported on the outbreak and its links at the time.

California made changes after 2010 and the number of pertussis cases dropped to 992 from about 9,000 in 2010. The biggest was to require a booster to enter 7th grade. In 2010-2011, a huge number of children in grades 7-12 were vaccinated and the number of cases plummeted.

The anti-vaxers are now exempting their children from that booster. And, thus…

It’s about BOTH. The Anti-Vax, Jenny McCarthy crowd (who ever thought it was a good idea to get your medical advice from a MTV veejay?) has created the opportunity, and an influx of carriers due to Obama’s illegalities has been the spark to light the fire of the outbreak.

Another factor is the unfortunate fact that the current pertussis vaccine offers only relatively short-lived (5ish year) protection. Without taking boosters, one mustn’t get smug and complain about anti-vaxers.

I remember, as a young boy, hearing another younger boy with whooping cough. It was understandable why they called it that. It had a very distinctive sound and character all its own. It was a wonder that poor boy had enough time to breath properly.

I found the comment about the parents opting out in Napam Sonoma, etc interesting. This is the well known herd immunity problem, and it hit Boulder, CO, one of the most highly educated cities in the country some years ago. A bunch of these highly educated liberals decided that their kids would be safer from a lot of maladies if the didn’t vaccinate for pertussis. For example, the rumor of a tie between the vacine and Autism was going around (which you still hear, despite it having been debunked). The problem though was that they were depending on enough other kids getting vaccinated so that there would be herd immunity protecting their kids. But, many liberals being essentially followers, esp of trends in terminally hip places like Boulder, too many opted out, herd immunity was lost, and kids died. Not surprised that trendy liberals in trendy wine country are facing the same problem.

From Medscape article on complications of Pertussis:

“Death due to pertussis is rare (0.2%). The vast majority (90%) occurs in children younger than 6 months of age with no predisposing conditions.”

Is 1 out of 500 really that rare? We are talking about outbreaks of thousands. “Sorry, ma’am, your baby is dead but it was ‘rare'”.

And tell the mother who has just lost her child that all the science hating liberals need to feel good about themselves.

The ‘side effects’ that caused the old vaccine to be abandoned were well within the traditionally acceptable range, but the proliferation of anti-vaccine nuts combined with blood-sucking trial lawyers forced the change.

At least it is still centered on California. With any luck, the coastal half will drop into the Pacific before this spreads too far.

Atkinson’s admirable instincts in investigating the Obama administration fall distressingly short when it comes to vaccines – she is a believer in vaccine conspiracies, specifically she believes that they cause autism. Anything she reports in this category is suspect.

Darwinism and natural selection is in play here, whether people care to admit it or not. If you choose not to vaccinate your child, then the chances of them reaching adulthood and procreating are greatly reduced. If you do choose to vaccinate your children, there may still be side effects and others may become infected, but the chances of your children reaching adulthood and procreating are greatly increased.

So, are you feeling lucky? Or will you make your own luck?