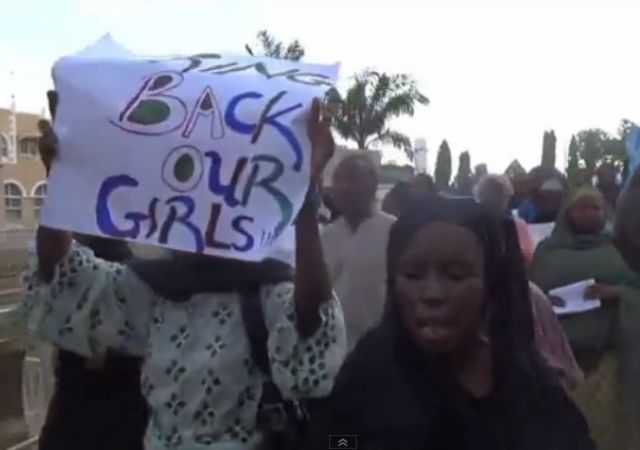 The #BringBackOurGirls hashtivism trend may not have saved the almost 300 young women who were kidnapped in Nigeria earlier this year, but it did force the world to focus its attention on Boko Haram, the Islamic extremist group responsible for the kidnappings.

It’s time to bring that attention back.

Most of the media’s coverage of Boko Haram has focused either on the kidnappings, or on the scrappy, regional nature of the group’s quest for self-determination as a nation of Islam. The problem with this is that while the west has been busy forgetting to pay attention to the almost 200 girls who are still missing, Boko Haram has been growing.

In Niger, the government has declared a “humanitarian crisis” and appealed for international aid to help tens of thousands of Nigerian refugees driven from their homes by the insurgency.

These recent events show how neighboring countries are increasingly being drawn into Nigeria’s Islamic uprising. Thousands of people have been killed in Nigeria’s 5-year insurgency and some 1.6 million people driven from their homes.

“We are concerned about the increasing regionalization of Boko Haram,” said Comfort Ero, Africa director for the International Crisis Group.

On Sunday, Cameroon’s army announced it had broken up a Boko Haram training camp in the Mayo-Danay district in the country’s Far North region. The army was looking for other hideouts in the area, said Jean-Pierre Mbida, a soldier with the Rapid Intervention Battalion tasked with fighting the insurgents.

“We will continue monitoring the area in the hope of uncovering any other Boko Haram hideouts and training grounds,” he added.

Boko Haram is pulling fighters from Niger, Chad, and Cameroon into Nigeria, and has also managed to gain control of previously free areas in Niger. The general territory Boko Haram runs in is poor, and largely ignored by the government, making it easy for them to implement their alternative-authority structure over an even less-than-willing population.

Resistance, when discovered, is brutally cut down. A video recently released to journalists shows Boko Haram militants mowing down a dorm full of “infidels,” and promising more violence against those who resist the caliphate. (You can watch the video here.)

‘We have made sure the floor of this hall is turned red with blood, and this is how it is going to be in all future attacks and arrests of infidels,’ the group leader says in a message.

‘From now, killing, slaughtering, destruction and bombing will be our religious duty anywhere we invade.’

Previously, the militants had told residents of villages and towns that they would kill only enemies and wanted people to live peacefully in the area they have dubbed an Islamic caliphate – a large swathe along Nigeria’s northeastern border with Cameroon that they have controlled for more than three months.

In the video, the leader notes that the prophet Mohammed advised prisoners should be held, not killed, but says ‘we felt this is not the right time for us to keep prisoners; that is why we will continue to see that the grounds are crimsoned with the flowing blood of prisoners.’

Today, Boko Haram claimed responsibility for a bombing in northeast Nigeria that killed at least 20. Many in the region worry that the upcoming elections, scheduled for November 14, will be rendered impossible due to the level of chaos currently being caused by extremists in the region.

If it seems like the situation in Africa is spiraling, that’s because it is. If Boko Haram manages to postpone the elections, it will be one step closer to its goal of expanding it’s already-declared caliphate to other areas of the embattled country.

Barbarism seems to be ascendent.

Time for those of us who oppose evil to get up and get Medieval on they butt-ox.

The (late) Medievals know all this already:

Certain persons have been begging me … to write about war against the Turks, and [to] encourage our people and stir them up to it, and now that the Turk is actually approaching, my friends are compelling me to do this duty, especially since there are some stupid preachers among us … who are making the people believe that we ought not and must not fight against the Turks.

Some are even so crazy as to say that it is not proper for Christians to bear the temporal sword or to be rulers; also because our … people are such a wild and uncivilized folk that there are some who want the Turk to come and rule.

I would care, but a college student at a US university was made to feel uncomfortable because an unattractive male student briefly glanced at her cleavage. End rape culture!

The only foreign “aid” I am in favor of is to send weapons to the population. Arm them all and let them sort it out.

Yet we are the intolerant islamophobes…

“‘We have made sure the floor of this hall is turned red with blood, and this is how it is going to be in all future attacks and arrests of infidels,’ the group leader says in a message.

‘From now, killing, slaughtering, destruction and bombing will be our religious duty anywhere we invade.’”

More news from the “Religion of Peace”.

Prof. Jacobson, I urge you to automatically correct the title of this Muslim group from “Boko Haram” to its correct, actual title.
Wikipedia explains,
Boko Haram (“Western education is forbidden”), officially called Jama’atu Ahlis Sunna Lidda’Awati Wal-Jihad (People Committed to the Prophet’s Teachings for Propagation and Jihad), is a militant Islamist movement based in northeast Nigeria. The group was designated by the United States as a terrorist organisation in November 2013. Membership has been estimated to number between a few hundred and a few thousand.[2][3][4]

I wouldn’t call attempting to conquer and enslave the non-Muslim population of Nigeria a quest for “self determination”.