Officials fear plane “at the bottom of the sea.” 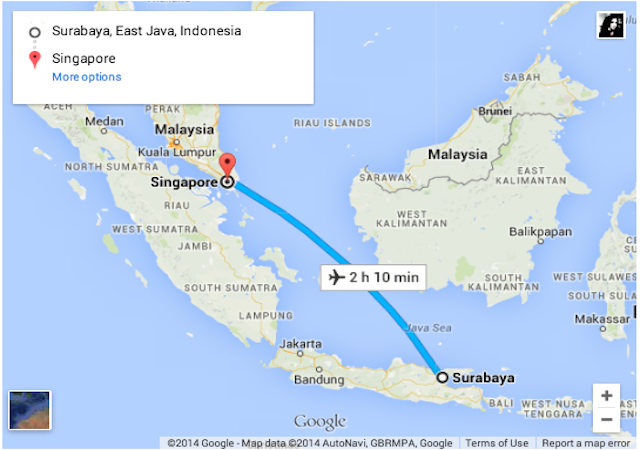 The search for Air Asia Flight 8501 continues, but officials close to the investigation have already come forward with fears that the plane is likely “at the bottom of the sea.”

Crews began the search for the plane, which disappeared over the Java Sea Sunday morning, by combing the heavily-trafficked route over the shallow waters between Surabaya, Indonesia and Singapore, in hopes of finding some evidence of an emergency landing. When no immediately identifiable evidence of the plane was found during the initial search, officials decided to expand their grid to include land areas. Experts participating in the investigation, however, are convinced that the plane crashed into the sea after encountering a violent storm system.

Jakarta’s Air Force base commander Rear Marshal Dwi Putranto told the Associated Press that he was informed Monday that an Orion aircraft had detected “suspicious” objects near Nangka island, about 100 miles southwest of Pangkalan Bun, near central Kalimantan, or 700 miles from the location where the plane lost contact with air traffic controllers early Sunday.

An Australian plane also spotted a “suspicious” object in the Java Sea, about 700 miles from where the AirAsia plane lost contact

“However, we cannot be sure whether it is part of the missing AirAsia plane,” Putranto cautioned, “We are now moving in that direction, which is in cloudy conditions.”

Air Asia CEO Tony Fernandes has spent these last few days putting on a brave face for staff and the families of those on board Flight 8501.

To all my staff Airasia all stars be strong, continue to be the best. Pray hard. Continue to do your best for all our guests. See u all soon

In Jakarta this morning to communicate with Search and Rescue. All assets now in region. Going back to Surabaya now to be with families.

The staff in Indonesia have been brave, strong, committed and doing 150 percent for all our guests. My pride for them is enormous.

The warmth and support from the people of Indonesia has been incredible. Everywhere I go. Nothing but pure support.

We’ll continue to keep you updated on the progress of the search.