We told you not to look back

We told you not to look back

Hostility to Executive immigration power grabs once was a good thing. 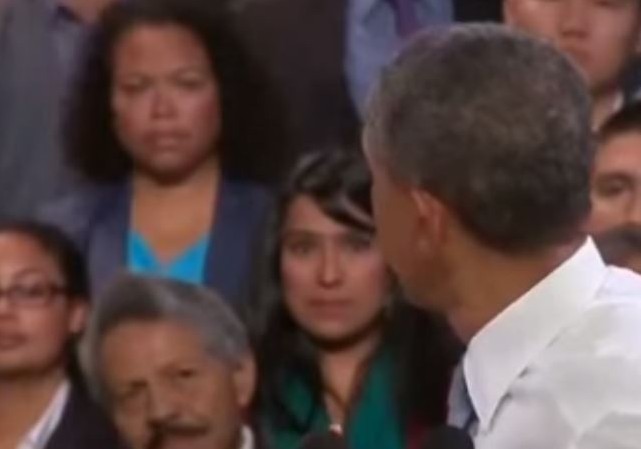 Christie, the RGA’s outgoing chairman, refused to weigh in saying, “We will have to wait and see what he says and what he does and what the legal implications are.”

Is that a story?

You know who else used to be hostile to that power grab?

Bryan Preston of the PJ Tatler has more:

Obama to Announce His Illegal, Unilateral Amnesty on Thursday

On 22 separate occasions, President Barack Obama told various audiences that he lacks the legal authority under the Constitution to move unilaterally on immigration. Barack Obama frequently railed against what he characterized as President George W. Bush’s executive power overreaches.

All of those statements, like so many of this president’s previous statements, are set to expire on November 20, 2014. Barack Obama’s word is utterly worthless. Tomorrow, Obama will go rogue and grant legal status to as many as 5,000,000 illegal aliens. He will make the announcement and then do one of the few things that he really knows how to do — campaign. He will go to Vegas and speak at a high school in front of a cheering, hand-picked audience of supporters to tout the plan that nearly two-dozen times he called illegal. He will either ignore or insult critics and skeptics.

Everyone knows how the MSM would cover this story under a Republican administration.

But because Obama, those opposing the power grab are “hostile.”

Payback would be a mother.

(Insert your issue where a Collectivist’s head would explode.)

Say, turn over all National Parks to the states. Or sell them to the Kochs.

If Obama believes this is the will of the people,
why did he say he would reverse Bush’s executive power grab?
Why did Democrats not run on amnesty, but Republicans did and won in a wave?
Why is Obama doing what he said he could not legally defend?

Obviously Democrats are happy to deceive Americans and work to import their preferred citizenry, while ruling against the current one. That old constitution is just an impediment to their overthrow.

With Obamacare foundering, foreign policy in taters, a still-sluggish economy, and the opposition GOP set to control both houses of Congress in the coming year, an executive amnesty for illegal immigrants is really the only achievement remaining for his lame-duck presidency.

I prefer to call them what they really are; undocumented Democrats.

The media has not gotten the message about the wave either. It’s business as usual.

So, by the President’s own logic and admission, he has decided to break the law.

Some legacy the guy is living behind !!

Liberals are pro-choice or selective. They are ambiguously or effectively unprincipled. Their behavior reflects their interests: capital and control, always. Obama is the patron saint of the pro-choice religion.