How will the franchise fare under new direction? 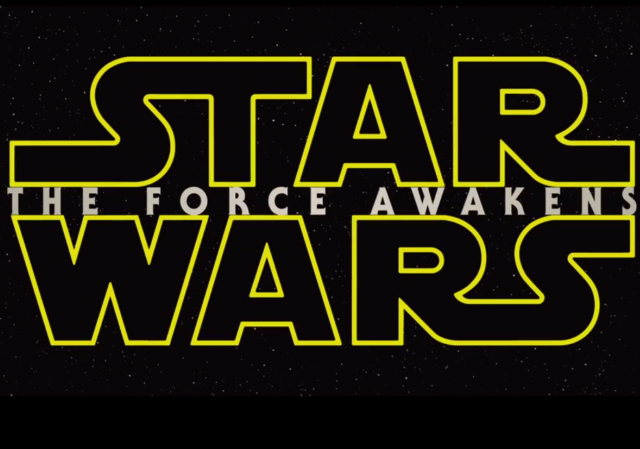 If you’re a Star Wars fan, you’ll want to see this. Disney released an 88 second teaser trailer for their first  Star Wars film, The Force Awakens.

Disney purchased Lucasfilm for $4 billion in 2012 from George Lucas who was the sole owner.

According to USA Today, Lucas will remain a creative consultant.

“For the past 35 years, one of my greatest pleasures has been to see Star Wars passed from one generation to the next,” said Lucas, chairman and CEO of Lucasfilm, in a statement. “It’s now time for me to pass Star Wars on to a new generation of filmmakers.”

J.J. Abrams is both a writer and director for the latest Star Wars installment with an assist from George Lucas and Lawrence Kasden on the screenplay. Kasden was a co-writer for The Empire Strikes Back and Return of the Jedi.

Carie Fisher, Harrison Ford, and Mark Hamill make appearances in The Force Awakens (although they’re not show in this trailer).

Six original cast members round out a fresh crop of up and coming stars.

The Force Awakens is not scheduled to hit theaters until December 18, 2015.

While I’m firmly Team Star Trek, this looks like it will be a pretty great movie.

How will the franchise *fare* under new direction?

If Jar Jar Binks is in it I refuse to go. Easily the most obnoxious character in the series.

Kemberlee…sorry, but my fingers were too fat and there is not edit button!

The plot of The Force Awakens is now revealed: while playing a prank on R2D2 Jar Jar Binks accidentally destroys the Force. This also annihilates the entire Star Wars universe – including all actors, writers and producers, and Madison Avenue hacks who have helped sell billions of dollars of overpriced tacky merchandise.

Yawn. Haven’t seen a Star Wars movie since “Return of the Jedi,” and not about to start now ~