Only 65 days of jail time to go 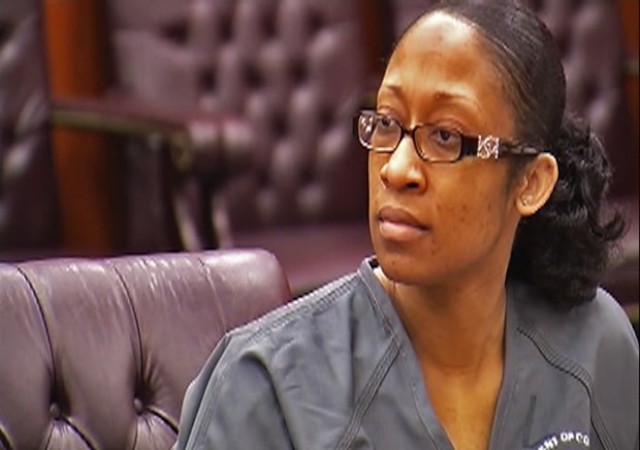 Christmas came early for Marissa Alexander, who claimed that the bullet she fired past her husband’s head was a “warning shot,” and who was facing a re-trial with a 60 year mandatory minimum sentence almost a certainty on the far end.

First Coast News is reporting that Angela Corey has re-offered to Alexander the 3 year plea deal that the “warning shooter” turned down at the start of this farce of criminal justice.  In exchange she was required to plead guilty to all three counts of aggravated assault with a discharged firearm.

Alexander, in a shocking display of good judgment, has accepted.

As is generally the case, Alexander will receive credit for time already served.  Crunch the numbers, and it leaves her with 65 days of jail time, which will have her released January 27, 2015.

Confusingly (journalists, am I right?) the report states that “Because the second count against Alexander is considered an ‘open plea,’ she could still be sentenced to five years in prison at the hearing on Jan. 27.”  Call me a cynic, but I very much doubt she’ll serve any more time than the next 65 days.

Under the terms of Monday’s plea agreement on two of the three counts against her, Alexander was credited for 1,030 days already served from her time behind bars after her first conviction and while awaiting the retrial. After spending 65 more days in the county jail she will be released to two years of house arrest. She must wear an electronic ankle bracket but will be allowed to go to work, job interviews, church, family medical/dental appointments and visit her children’s school. All other requests must be approved by the judge.

Judge Daniel withheld a ruling on the third count for which she could serve up to five years pending her successful completion of the terms of their plea agreement.

I take no joy in this, but she’ll either put herself in prison a long time or get killed in the near future.

CNN reported it as a plea deal in “stand your ground” case. Derp. I swear I only checked that site as I was popping my microwave popcorn in anticipation of the Ferguson grand jury decision.

Now don’t you resent the loss of that 30 seconds? Well, we live and learn…

First smart move this lady has made.

three counts of aggravated assault with a discharged firearm.

It was a dishonorable discharge, Tom.

and a “Bad Conduct Discharge”, which is pretty special you usually don’t get both, lol.

Just so long as she doesn’t have to deal with any disease discharge. Those can be pretty nasty.

Corey showed her racial preference “compassion” in the GZ case. Looks like she caved again.

Alexander will screw up. She won’t be able to help herself. When she gets tired of house arrest and her gratitude for freedom wears off, she’ll do something.

she tries to kill someone and gets 3 years.
zimmerman defended himself and she went after him like a shark going after chum.

corey has as many, if not more, issues as this defendant.

At least she’ll be barred from owning a firearm ever again.

Finally she shows some common sense