But is Obama someone the Republican Senate really can work with even on areas of agreement? 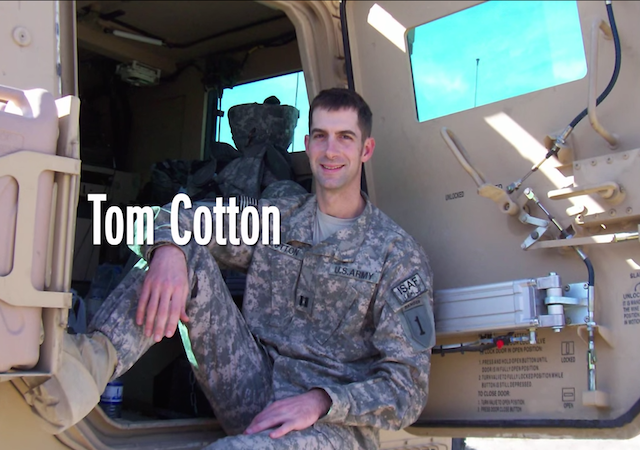 The new Congress hasn’t even been sworn in yet, but many pundits and activists are already assuming that come January, we’re in for a world of pain, disappointment, and failure—but maybe we should rethink our gloomy outlook.

Fox News Sunday host Chris Wallace had Sens.-elect Cotton and James Lankford on this weekend to talk about the upcoming battle between the Republican Senate majority and President Obama, and when the conversation turned to repealing Obamacare (and dealing with the mass #Grubering of the American people) Cotton put to bed the idea that a Senate majority won’t be able to get anything productive past President Obama (emphasis added):

WALLACE: But Senator-elect Cotton, realistically, what do you think you can get down about ObamaCare while President Obama is still in office?

COTTON: Well, Arkansans are conservative people, but they’re practical people as well. They realize it’s going to be hard to repeal a law named ObamaCare when the president is named Barack Obama. What they want is relief from the immediate harms.

The House of Representatives has already passed a lot of bills that would stop those harms, like preventing people from having to pay a tax that they can’t afford in ObamaCare plan, or business from having to pay a tax if they can’t provide an ObamaCare plan, or letting people keep their plans as was promised. Those passed the House with bipartisan support. The president has taken some of those steps as an administration measure. I think we could pass that legislation again and the president would be hard pressed to explain why he wants to veto it if he’s already done it as an administrative measure and it has broad bipartisan support.

I’m all for managing expectations during a lame duck session, but isn’t what Sen.-elect Cotton is talking about the point of electing new representatives to Congress, as opposed to just throwing in the towel?

This session isn’t going to be easy on Republicans. We probably won’t get everything that we want; but caving to the mythos of a worthless majority doesn’t accomplish anything—except cede the next two years to Barack Obama.

I’ve never understood why we are so quick to reject the idea of incrementalism as a means to an end, but to do so now is to endanger any productive legislation that surfaces over the next two years (or possibly more, if we lose the White House again.) There is no such thing as a magic majority wand that, when waved, will repeal Obamacare, reform the entire immigration law canon, and slash entitlements, but why wouldn’t we want to follow Cotton’s example, and look at what we know we can get, and build on that?

No caucus is capable of being perfect, but ours is the one with the momentum and the mandate to improve the lives of the American people. Why in the world would we reject grabbing the low-hanging fruit simply because we’re still working on a way to reach the top of the tree? Why fight to elect people like Tom Cotton and Joni Ernst if we’re just going to throw them under the bus before they’re even sworn in?

We can’t have it both ways; so for now, choose to believe that it’s at least possible to make a difference in the next two years. If I can’t have everything, I’ll take two hard-fought years of something different than what I’ve been handed for the last six.

Check out the full transcript here.

Mark Steyn said something in a radio interview the other day that struck me.

Why do we even permit lame-ducks to do any-damn-thing? Nobody else does. If you’re voted out of Parliament, you are just gone…bub-eye…clear out your locker. Lame-ducks are essentially wreckers in the making.

But, more to the point of the piece, its time we had some Fabian Conservatism. We will take our bites in big or little sizes, and so long as we are moving in the right direction, nobody needs to kvetch.

Obama has been a “lame duck” since the second he was conceived!

“… something different than what I’ve been handed for the last six.”

Me too! In addition, an honest effort would include a defeat of Harry Reid and Mitch McConnell’s planned 12 month omnibus spending bill.

I’d be REAL happy if I didn’t see “omnibus” attached to ANY legislation, especially that coming out of this lame-duck session.

Unless, of course, it is the “Omnibus Agency De-funding Package”. I could dig that…

Love the name, here is another one for you; the “Omnibus Term Limit and non-consecutive term bill”, which would of course set term limits on congress and outlaw consecutive terms.

“I think we could pass that legislation again and the president would be hard pressed to explain why he wants to veto it if he’s already done it as an administrative measure and it has broad bipartisan support.”
—Sen. Elect Cotton

Well, we all know the answer to that one. He’ll veto it because he wants all the control, all the time. He may do exactly the same thing a law would do…or he might want to do the opposite the next day. It may be hard to explain in rational terms, but Pres. ScamWOW is a COllectivist, ergo NOT rational.

Part of this defeatism is just psy-ops by the dems and media. They don’t want us to even feel like we can undo or repair the damage they have done to this nation despite overwhelming victories in the midterms. You are right that we can’t give in to this mentality because then we really will achieve nothing.

As for big government itself, it’s been building up for decades. I’m under no illusions that it will take years to shrink it down to a size that more closely resembles that which the founders envisioned.

Not A Member of Any Organized Political in reply to smalltownoklahoman. | November 17, 2014 at 2:06 pm

Just like they lie about the “Tea Party” but all the Tea Party agenda items are getting done successfully.

The real problem is that there is never a real “compromise”. “Compromise” indicates that each side gives so that they meet in the middle, however for the past couple of decades the definition of “compromise” in D.C. has been to give liberals whatever they want and get nothing in return.

Excellent points, Amy. I am so tired of conservatives eating our own. Granted, we have RINOs in office. Granted, we need to take incremental steps to undo all the damage. But we have to start somewhere, and bad-mouthing people that have been elected to do those things is not helpful. Sure, point out if they are not going forward. But give them a chance to start, at least.