To the Voting Booth!

To the Voting Booth!

Today makes a difference, so don’t be indifferent 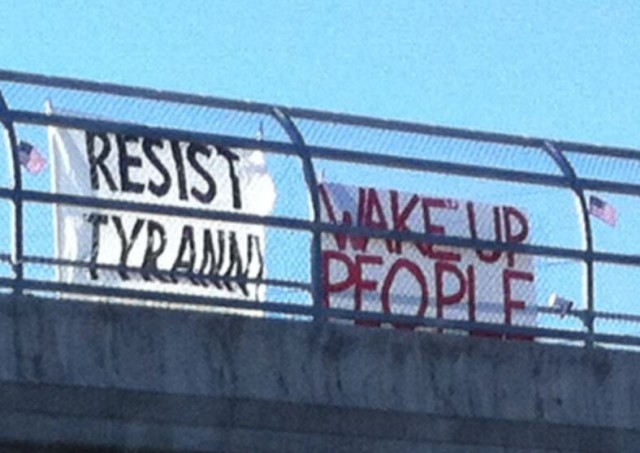 It’s about getting informed, getting involved, and voting.

It’s about getting informed, getting involved, and (obviously most relevant to tomorrow) voting:

Several who have seen it have said it “brought me to tears” — and I originally thought I was the only one.

I am VERY worried that those who need to turn out tomorrow won’t. I sense way too much complacency. We can’t afford any of that.

Perhaps the video can influence that — if it’s seen.

Steve Hayes at The Weekly Standard elaborates on why it matters, An Election About Everything:

It’s about the size and scope of government.

It’s about the rule of law.

It’s about the security of the citizenry.

It’s about a president who offers soothing reassurances on his sweeping health care reforms and shrugs his shoulders when consumers learn those assurances were fraudulent.

It’s about government websites that cost billions but don’t function and about “smart power” that isn’t very smart.

It’s about an administration that cares more about ending wars than winning them, and that claims to have decimated an enemy one day only to find that that enemy is still prosecuting its war against us the next.

It’s about a president who ignores restrictions on his power when they don’t suit him and who unilaterally rewrites laws that inconvenience him.

It’s about a powerful federal agency that targets citizens because of their political beliefs and a White House that claims ignorance of what its agents are up to because government is too “vast.”

In sum, this is an election about a president who promised to restore faith in government and by every measure has done the opposite.

As I promised earlier, I’ll hold my nose once again, and go vote for people who wanted those who subscribe to my philosophical view of the world eliminated from the Party. I didn’t sit out ’12 and I won’t sit out ’14.

I now truly believe that it’s time for us to pack up our tents and form a party in all “57 States” whose ring needs to be kissed in 2016 rather than it be expected that we’ll just fall into line and do the “right” thing.

If the blacks are beginning to realize that they’re in a different plantation perhaps we too should seriously scrutinize our status within the GOP–especially now that the northeastern liberal wing of the party is of the belief that they are the party and they’ve beaten back the great unwashed.

I’m proud to say that I’m looking to Ted Cruz for leadership in the next two years!

The Mushroom Media bubble has been bouncing around the theme that this is the “Seinfield election”…that it’s about nothing.

In some respects, that is valid. The eGOP failed to set out any kind of agenda that would have nationalized the campaign, which was too bad, IMNHO. It isn’t like we lack ideas that would be broadly popular that we could be FOR.

But that’s the theme that Hayes is pushing against with his piece, that nonsense about this election being about nothing. He’s right, too.

I wish I had done mailin ballot.
we (maine) got hit with storm sunday and I got soaked multiple times. lost power sunday around 130 to 2 and ran on generator until 430 or so on monday.
got very sick, last night fever 101 today 100, issue is the dizziness, I will not put someone life in danger by my driving.
plus I am not sure polling place has power yet and I actually cannot stand and walk.
I’ve resisted mailins as I enjoy voting but this is second time since 2000.
cannot let this happen again.
I have nerve damage in back and 3 tears in bottom 2 discs and am sneezing 10+ times (violently) every 15-20 minutes. anyone with spine injuries know what sneezes do.

I am pretty damned pissed off over this 🙁
nobody to drive me, wife works from 8am to 1130pm too 🙁

We all hope your day improves, dmacleo, and you’re feeling better before the polls close. Perhaps one of our citizen-patriots up there can help you out.

(Not to worry if not, though, a Democrat up there somewhere may now have an easier opportunity to vote on your behalf.)

sadly its looking like todays a wash for me.
pretty mad at myself for not doing mailin/early as I know my back issues can floor me at any time, add in the illness and its just not safe.
really have all I can do to stand and walk to bathroom.
oh well, it will NOT happen again.

Call around. It’s an excuse to contact a friend.

if fever doesn’t break soon (I very seldom am feverish no matter what) and I go anywheres would be to hospital.
sort of feeling like strep 🙁

Get well – can you call the local GOP office, they might have a GOTV ride system going.

I can’t seem to stay awake long enough to even call the DR.
I am in very rural area too, its not as easy as urban.
right now I feel so crappy I actually don’t care about politics.

I kept hearing radio talk hosts and County Recorders/ Registrars today urging people to go vote. I prefer having only informed voters vote; I don’t care for high voter turn-out for the sake of having high voter turn-out. The low-info idiot voters do more harm than good.

dmacleo, I hope your back and your fever improve. Don’t beat yourself up too badly over missing this election. Things happen. I don’t do early voting myself, and in case of emergency, well, sh!+ happens.