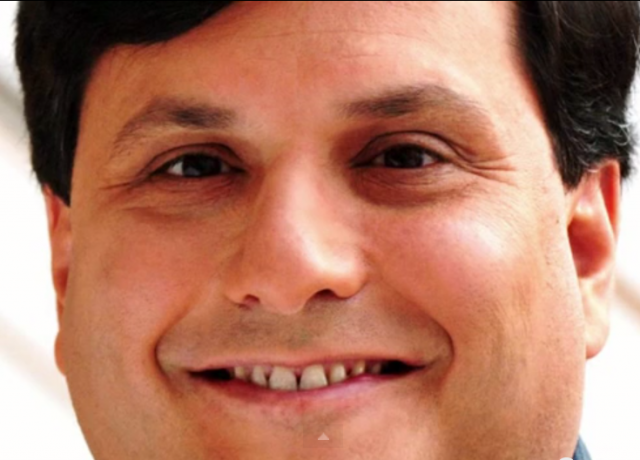 Adding to Harvard Law School’s already considerable reputation for producing “elite” lawyers who fill high-level government positions for which they are totally incompetent (in terms of the real-world practical skills and ethical character needed for the job), on October 17 President Barack Obama (HLS ‘91) named Ron Klain (HLS ‘87) as his “Ebola Czar.”

To celebrate the occasion, we are pleased to announce the world premiere of a brand-new parody video, Eve of Destruction: Ron Klain, Ebola Czar.” The parody video is embedded below, followed by the parody lyrics….

TRIGGER WARNING!: This parody video includes photographs of a half-naked, middle-aged, male Harvard Law School graduate which, even more than this photograph, could be disturbing to anyone under age 100. Viewer discretion is advised.

The parody post then has a long explanation of Klain’s alleged involvement in a ghost writing scandal at Harvard Law School.

It was too dense reading for me on a Saturday night when I wrote this, so I’m not going to try to explain it, but head over to the link and figure it out for yourself.

My, but Democrat hacks live well, don’t they.

Prof, evidently Klain ghost-wrote Tribe’s memoirs and was supposedly the one who committed the plagiarism Tribe was tagged with.

Is it just me or do all these Havard types look like the guys who got beat up in 5th grade and have spent their lives seeking revenge? Does this Gruber not know that the two most important jobs in the US are sanitation plant worker and garbage collector? If he didn’t have rubes providing him with safe drinking water and picking up his garbage he would be dead of cholera in 2 wks.

A face even a mother could slap.