Madagascar’s Bubonic Plague Outbreak: What it Means for America and the World

Madagascar’s Bubonic Plague Outbreak: What it Means for America and the World

ISIS is reported to be developing weaponized strain, too. 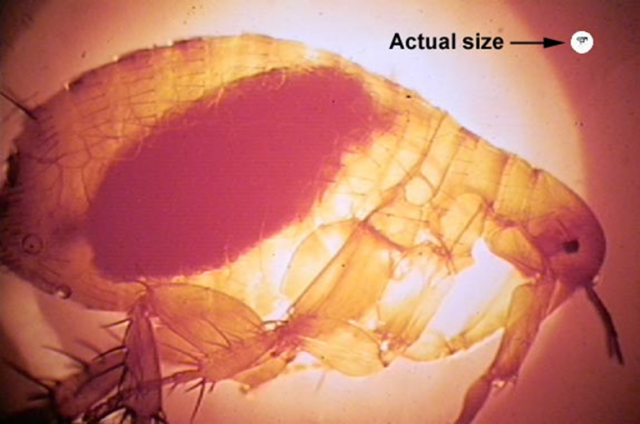 While Ebola continues to rage in West Africa, an outbreak of another deadly disease is occurring in the African island nation of Madagascar.

An outbreak of bubonic plague in Madagascar has now claimed almost 50 victims and is spreading to the island’s capital, officials warned today.

There have been 138 suspected cases of the disease – similar to the Black Death in medieval Europe – since the start of the year, with the death toll of 47 expected to rise in the coming months.

Two people have been infected in the capital of Antananarivo, one of them dying, and health workers have mounted a pest control campaign through slum areas around the city.

The health ministry said 200 households had been ‘disinfected’ this month, adding that those who had contact with the infected had been given antibiotics in a bid to arrest the spread the disease.

A video glimpse of the situation comes via the UK Daily Mail:

Bubonic plague, the notorious Black Death that wiped out a significant portion of Europe’s population during the Medieval era, is caused by the Yersinia pestis bacteria found in fleas that usually reside on rodents. Patients develop sudden onset of fever, headache, chills, and weakness and one or more swollen, tender and painful lymph nodes (called buboes). The plague now has a mortality rate of just 10%, namely because patients usually recover after treatment with antibiotics.

However, there is much about this particular outbreak that is troubling. The last case of plague in Madagascar’s capital was ten years ago, and while the there are about 500 cases of bubonic plague annually in that nation, it appears that socio-economic conditions in Antananarivo have deteriorated to the point that rat infestation is a problem.

“We have never have seen so many cases in such a short time like now in Madagascar,” [World Health Oganization] spokesman Christian Lindmeier told DW. The organization has dispatched an expert to Antananarivo to assist local authorities contain the situation.

Furthermore, one of the causes cited for this particular outbreak is that deltamethrin, the leading insecticide against fleas, is no longer working. Fleas are not the only pest becoming resistant to insecticides, either. Bedbug infestation is increasing due, in part, to evolving resistance to a class of insecticides called pyrethroids.

Paired with this news are reports about the resistance to antibiotics that certain bacteria are developing. This does not seem to be the situation for plague-causing bacteria…yet. However, drug resistance is of such concern to medical professionals around the world that the World Health Organization and Centers for Disease Control and Prevention called for a coordinated global response halt this development. No doubt, evolution will continue, and only continued research and development will help modern society stay ahead.

And, if all of this news isn’t bad enough, there are reports that ISIS has plans to weaponize bubonic plague:

[ISIS] terrorists in Syria and Iraq have carried out research into the production of biological weapons, compiling a manual of how to make a device and sharing a religious edict that sanctions the use of weapons of mass destruction against civilians.

The computer seized from a Tunisian chemistry student contained a 19-page manual to learn how to turn the bubonic plague into a weapon of war. The text boasts that biological and chemical weapons are a highly effective means of targeting enemy populations, according to the Arab television channel al-Aan, which obtained the computer from a Syria rebel group.

This Thanksgiving, I am going to count my blessings that I have lived as long as I have in an era when the worst a flea could do was annoy my pet. I will also pray that my son’s generation continues to enjoy the same level of public health.

Most Europeans (whites) are descendents of the survivors of the Bubonic Plague. Most of us will have a significant degree of immunity. But the muslims will not and this would kill at least 50-75% of them. Sounds like a good idea what IS is doing.

At the time of the Black Death, there was sufficient commerce throughout Eurasia and Africa that surely plague resistance is evenly distributed among the inhabitants of those continents. Besides, I thought modern thinking was that Bubonic Plague played a minor role in what swept through the population. I forget the name of the pathogen, but it is my understanding something much more deadly is to blame for most of the deaths.

The phage is Yersinia Pestis for both diseases, which are two different clinical manifestations of the same bug infection. It was largely contained to Europe. The interesting thing is that the “weakness” that was exploited by this phage is the same one that HIV uses. This may explain the relative infrequent HIV in European descendents.

As I understand it, it is all the same pathogen, good old Yersinia Pestis, but it can manifest as bubonic, pneumonic, or septicemic. During the 1300s patients still had around a 40% chance of surviving the bubonic form which takes around 8 days to run its course. Bubonic also had to spread by flea bites. Pneumonic had only about a 5% survival rate and a course of a few days, and septicemic was essentially nil, killing in hours. The latter two forms of the disease passed directly between human hosts. Even today with modern medical treatments septicemic is not good news. If the doses of antibiotics are high enough to kill the bacillus faster than it spreads, the toxins released by the massive quantities of dying bacteria are almost as bad. It’s a very delicate balancing act. (I admit my info is a few decades old, and more modern research may have shown some of this to be wrong.)

Bubonic plague (the Black Death) first arrived in Europe with a Mongol army attacking the Crimea in 1347. By the next year, along with southern Europe, it was an epidemic in the Ottoman empire, so yeah, they had it, too.

Wikipedia notes that the Black Death reached Mecca by 1349, the same time it reached London. Virtually no part of the Eurasian continent escaped the devastation.

“The health ministry said 200 households had been ‘disinfected’ this month, adding that those who had contact with the infected had been given antibiotics in a bid to arrest the spread the disease.”

Bring back DDT. As far as the plague being weaponized, the Mongols were using infected bodies in their catapults in the 1300’s. It was weaponized in a non flea version by the Soviets and the US during the cold war as well.

Back sometime in the late 60’s I was in the Army in Germany. All of us were given shots for the Plague. As I recall it was a concern about germ warfare. I do remember it hurt like hell for several days.

“Bedbug infestation is increasing due, in part, to evolving resistance to a class of insecticides called pyrethroids.”
Pyrethroids are also used on fleas. Good news for people with bedbugs, there is another insecticide that does work. Check for Bedlam Plus at your local feed store. One can will do one bedroom, might take two for rooms with a lot of furniture. repeat after a week. Run linen, clothes and drapes through the dryer on high for at least 20 minutes. Locally the pest companies want $288.00 a room.
And don’t forget tho spray the carpets.

There are many isolated areas in which plague survives among the rodents. The Sangre de Cristo Mountains of New Mexico is one. And periodically, something, perhaps cooling temperatures, cause these little furry creatures to wanderer.

Plague is endemic to the American southwest from NM to CA, and cases occur most years, with more being noted in wetter years (when the rodent population booms.)

It is not an easy disease to catch, and most cases are easily treated with antibiotics if diagnosed promptly.