Imagine the backlash if the GOP was responsible for these quotes 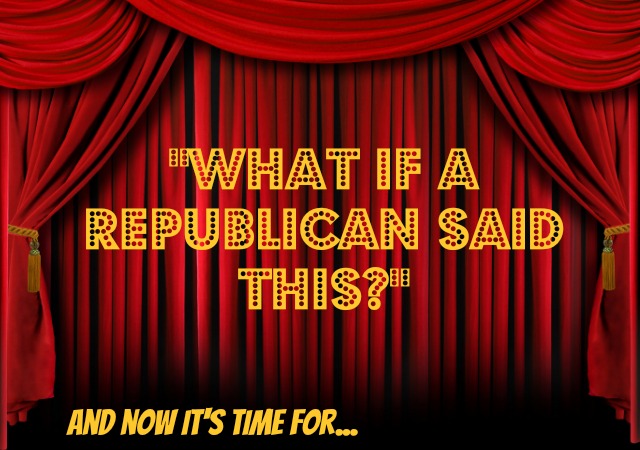 Double standards are an unfortunate reality of the current media construct. Democratic flubs and gaffes seldom make headlines in mainstream outlets unless the offense is so egregious it can no longer be ignored. Of course their Republican betters aren’t afforded the same white washing.

This past week was a particularly inarticulate week for the Democrats fecklessly attempting to navigate their way through the amnesty cluster.

Imagine for a moment the wailing and gnashing of teeth if a Republican uttered any of the following. 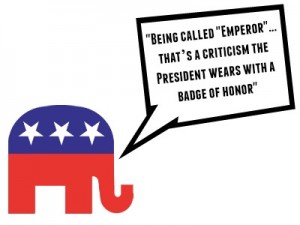 Straight from the White House. Apparently, President Obama considers it a badge of honor to be called “Emperor.” I’m sure this is great for Middle Eastern diplomacy and that whole crusading, imperial America thing the lefties pitched a fit about under W’s reign. I draw the line at tax payer subsidized crowns though. 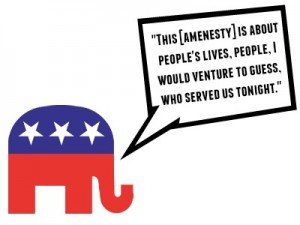 Everyone knows that gala wait staff are undocumented workers, at least according to Hillary Clinton. Clinton made the remarks at a gala at the New York Historical Society.

3. “I need more berries for my strawberry rose gin fizz, I guess I should like amnesty some berry pickers.” – Obama, probably 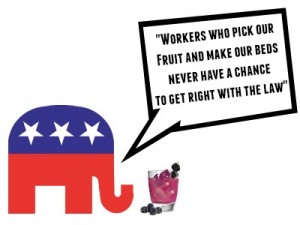 Astoundingly ignorant and telling of what this administration thinks of undocumented workers in our country… evidently all they do is pick fruit and make beds, or at least that’s what Obama said in his now infamous Amnesty Speech. Perhaps the administration should educate itself on our visa alphabet which includes an H-2B visa specifically for seasonal work like berry picking. No word yet on a visa for bed makers though.

4. Stop your whining. It’s not like I’ve gone total tin pot dictator… yet… 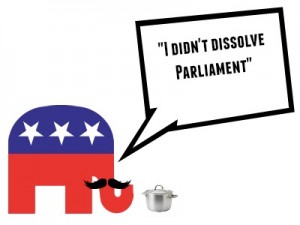 Well, thank heavens we don’t have a Parliament. We should be so grateful that Emperor Obama (his preference of title, not mine) hasn’t dissolved Congress. Acting like lack of immigration reform is all the fault of the House, Obama quipped that dissolving Parliament “is not how the system works.” (Yet unilateral executive overreach is? But I digress…) “I didn’t steal away the various clerks in the Senate and the House who manage bills,” Obama went on to say. 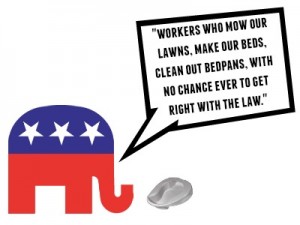 Obama doubled down on the berry picking statements, this time adding “mow our lawns” and “clean our bedpans.” Seriously? I’m not sure who this man thinks he’s amnestying but, it’s hard to think of a way to be more condescending and ignorant than this. But I’m sure he’ll find a way. I’m sure immigration activists are so, so proud.

Are they still claiming Teh Won is ‘smart’?

This is just really typical of the contempt the Collectivists have for “the working man/woman”.

It’s one reason they think it’s there Gaia-given role in life to boss people around and lie to them in the bargain.

What if a Republican said, “Boehner, you’re a loser: you’re fired as Squeaker.”

What if a Republican said, “McConnell, you’re a loser: you’re fired as head of the GOP Senate.”

What if a Republican said, “Prebus, you’re a loser: you’re fired as GOP Chairwimp.”

What if a Republican said, “Rove, you’re a loser: you’re fired as a GOP adviser.”

Now THOSE would be noteworthy statements, because they’d mead we’d be on the road to turning the off its head and back onto its feet, to an environment where outrageous democRAT statements would truly bite them in them the ass, media coverups or not.

The problem is, we just don’t speak nuance, like they do.