Or maybe it was fear of “spontaneous diarrhea” 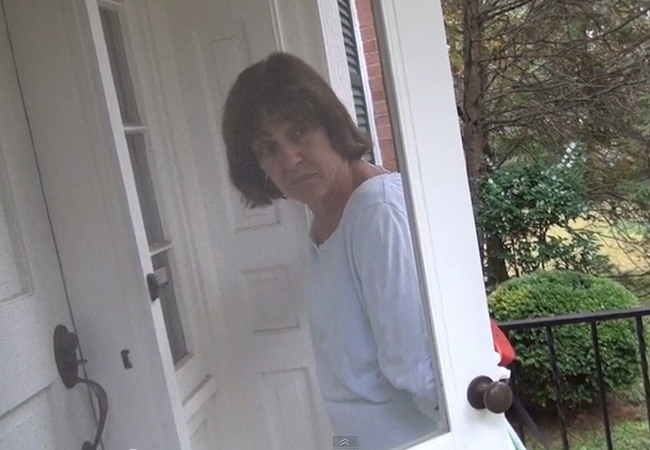 CAUSE: November 19, 2014, IRS fears employees being “seized with spontaneous diarrhea”.

In a federal FOIA lawsuit by Judicial Watch seeking records of Lerner emails and IRS efforts to retrieve the emails, the IRS used two of the comments to the Legal Insurrection Reader Poll post to justify the IRS no longer disclosing the identities of IRS personnel.

Think about that. The IRS is reading our comments….

Does the IRS really fear “public whipping with a buggy whip” and being in such fear its employees are “seized with spontaneous diarrhea”?

Up to 30,000 missing emails sent by former Internal Revenue Service official Lois Lerner have been recovered by the IRS inspector general, five months after they were deemed lost forever.

The U.S. Treasury Inspector General for Tax Administration (TIGTA) informed congressional staffers from several committees on Friday that the emails were found among hundreds of “disaster recovery tapes” that were used to back up the IRS email system.

Coincidence? Probably. But a happy one!

These were discovered by the Treasury IG – who even knew he was looking? – and not the IRS, who were as of a couple of days ago still trying to weasel out of it.

Of course, given the kinds of criminal, totalitarian abuses their employees were routinely engaging in, it isn’t surprising they develop ‘spontaneous diarrhea’ and other symptoms of severe stress at the prospect of being identified.

Was it Dr. Johnson or Dr. Franklin who said, “The proximity of the gallows brings with it a wonderful clarity of mind”?

I think this was the FOIA case judge that ordered the IT people be made available for sworn statements re the Lerner emails by a specific date. I guess it was produce the emails or have IT guys (and gals) tell the fed court they had been threatened or told to hide them. I presume the IT personnel testimony would have been worse or implicated too many political appointees.

Huh. An agency Barack Obama can’t get to? We’ll see.

I suspect there are more redactions in those e-mails than actual text. Congress ought to subpoena the tapes they were found on.

It was all the talk of tarring and feathering.

Well, along with the smell of heated bitumen in the air…

Rags was that you working on the heated bitumen? ROFL

Believe it or not, I know the difference and uses of dead level asphalt and Type II.

It has been a long and interesting life…

You know the difference without staying in a Holiday Inn Express, I’ll bet!

You know, I doubt I’ve ever stayed in a Holiday Inn Express. Maybe not even a slow Holiday Inn.

Should I add that to my bucket-list…???

If you were really a caring compassionate person you would down thumb each of your posts as soon as you post it to save your personal troll the trouble.

I know, but I’m a heartless bastard.

Love your attitude toward the troll. You wear it as a badge of honor. Must drive it nuts.

Are you sure the cause was not Global Warming, which is predicted to increase the incidence of diarrhea through increases of suitable habitats for related stimuli?

No. Not, Global Warming. But the temperature did increase, which left the IRS in hot water.

Seriously, why would they choose to release them now?

It does not take months to recover some backed up emails.

This is either strategic or somebody’s idea of payback.

re: “Seriously, why would they choose to release them now?”

Why? Have you noticed that this administration thrives on turmoil served up with a big big BIG helping of ‘smoke & mirrors’? Everything that seems in their agenda seems so contrary to the way America has accepted governance in the past, that this is probably the only way that the Leftist Radicals could govern. A slow steady hand at the tiller of power is not in their bag of tricks.

Actually, that is ALL that they have…a bag of ‘tricks’. Which reminds me of a young woman I knew in my youth – she made her living by ‘doing’ tricks!

Concerning buggy whips: Nasty little implements used to motivate a horses ass. Figure a horse hide is thick, so used on a humans ‘hide’…well, a buggy whip would take a little nip of flesh out. Nothing life threatening, unless the person had heart problems. Criminals need something more than just a “Tut, Tut, here 150 hours of community service.”

Why release them now?
Maybe to deflect heat from universal amnesty.

Secret Agent Squirrel – from the I.R.S.

Nice to see that someone reads the blog besides us peons, Professor!

I’m cynical enough to say, “Five months sounds about right – took that long to clean out the incriminating stuff.”

Anyone, ANYONE, who believes this administration does anything honestly or forthrightly is mentally retarded.

Anyone who agrees with what they do, simply loves the idea that ends justify means.

Another coincidence: Lerner received a crate of Depends® from the White House.

Another coincidence: Judicial Watch received 10,000 documents on Fast and Furious three days ago.

What’s up with the IRS and F&F disclosures? A price for Barry’s amnesty?

They’re dumping everything this week, hoping that so many stories are popping – amnesty, Ferguson, etcetera – that it will all get lost in the maelstrom. And with Thanksgiving here, and people travelling, et cetera, it all just gets lost in the wind.

Karen, that just shows how out of touch (like 100%) they are with normal Americans.

How many are reminders to buy dog food or pick up the dry cleaning?

Thanks for doing the math. I wondered.

Two weeks ago they were saying this:

(Yes, I know they’ve all been lying all along…)

OK, now let’s have a public document dump. A little
python script, a little natural language toolkit, and I’ll dish the dirt (if any) in about 3 hours, give or take.

Yes, put it all out there as they did Palin’s emails, for the public to peruse and “report” on.

There is SO much about that that works, and on several levels, too!

I believe JW has committed to posting them online. But it’ll take time.

now let’s take a statistically signififcant sampling of these messages and subpoena the data from the other parties servers and see if there are any discrepancies. if this shit has been doctored it will be easy to tell….if somebody has the sack to look.

It would still be a good idea to have the IT people who recovered these data testify under oath as to the sequence of events of their involvement.

I would think that pleading the Fifth and then drinking a fifth would cause spontaneous diarrhea. I could be wrong but when followed by a massive email dump the symptoms lead to a diagnosis of intestinal corruption.

Alas, something good has come out of Illinois! From February 26, 2014, GOPUSA news:
“Also Tuesday, the House passed two bills designed to rein in the IRS. Both passed by voice vote.
One of those bills would give the IRS a one-year limit to finish audits, require the agency to respond to any taxpayer’s written request, and force the IRS to let taxpayers know when their information is shared with another federal, state or local government agency.
The second bill specifically resists the tea party targeting by prohibiting the IRS from asking taxpayers any questions about their religious or political beliefs.
“We’ve got to get to a point where this agency is under control,” said Rep. Peter J. Roskam, the Illinois Republican who sponsored both bills.”
http://www.gopusa.com/news/2014/02/26/house-committee-recalls-lois-lerner-to-explain-irs-targeting/

Interesting people, these elitist sociopathic Liberals running this country right now. They aren’t found in just the Democrat party either but in the Republican party as well.

I am a poorly educated man, but have found it interesting how she mentioned ‘fear’ for someone following her child at school – a human bond.

My interest was in comparing that statement with video’s that I have seen of other tyrants in the Third Reich playing with their children. There is even footage of Adolph playing with his German Shepard. Monsters masquerading as humans – German officers spending ‘family time’ with wifey & the kids after dinner – but going out to commit genocide in the morning…for months on end!

Pride, arrogance and evil seem intertwined – really an everyday occurrence in our society. They could probably stick Ms. Learner in prison for 20 years and she would still claim she did nothing wrong.

Unfortunately for her, honest men have no problem paying their taxes. It’s when the government steals their money or their integrity via fraudulent standards that the honest man starts voicing his complaints & then problems arise, IMO.

There was television documentary a few years back about a Franciscan Friar following the Einsatzgruppen’s trail through the Soviet Union. The Friar’s stated purpose was to interview the remaining witnesses to the atrocities, gleaning their stories, before death, time, and declining mental acuity erased the memories. His statement, as his work proceeded, was more or less thus. “What kind of men were these who would smash the head of a Jewish child against a rock or a tree stump to save a bullet? These were not some wild beasts or frightful monsters, but ordinary people, clerks, bank tellers, store keepers, and mechanics, like you and me” Indeed, there exists a photograph of Hitler in attendance at a Christmas dinner celebration with a group of Einsatzgruppen who had just returend from the Russian front who look like any of the white males present in any American city’s or town’s grammar school Christmas play.

Just one more reason why the idealized liberal Utopia is a childish pipe dream of college freshmen – human evil is ordinary for all societies. A closer paradigm for raw humanity is the savagery found in Islamic jihad.

Sharyl Atkisson isn’t the only person this government wants to rein in. Barack Obama never, ever wastes a facial expression, hand gesture or a move, his musings on net neutrality have a purpose, and you can bet the ranch, they are sinister in the extreme. You really didn’t think that NSA data storage facility in the western desert was meant to keep America safe from Obama’s terrorist brothers, did you? The terrorists are his friends and goombahs, you, the white Conservative, are his real enemy.

Hey, we have high cheekbones and family lore says great-great granny was Cherokee. Can I get an exemption from the gubmint analprobing?

Thirty THOUSAND emails??? I have no idea how long this Lerner person was on the job, but let’s assume, say, ten years. That is three thousand emails per year. Again, assuming, that she worked a maximum of 250 days per year, that is (gets calculator) …carry the one…

Oops! Wait one… That is only 12 emails per day for ten years!

…slaps forehead… Heads for the exit with jacket over head.

You just have to love advanced mathematics!

From the Examiner article linked above: “The missing emails extend from 2009 to 2011, a period when Lerner headed the IRS’s exempt-organizations division.”

Whatever it takes! LOL!