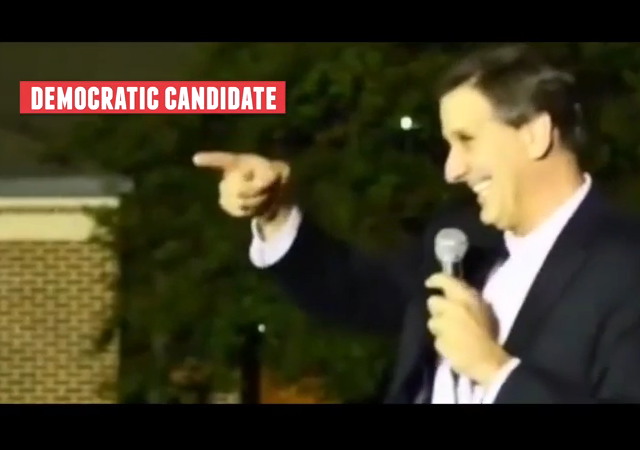 In a turn of events, the GOP is now slamming Democrats for their sexist criticisms of Republican women. A new video featuring some nasty moments from the 2014 campaign was released Friday.

A new GOP ad highlights the Democrat Party’s tendency this cycle to degrade women, especially if they represent the Republican Party.

“Democrats sure like to insult Republican women,” the ad says.

A series of clips features women and political commentators responding to various Democratic attacks against Republican woman during the current campaign cycle.

Democrat Vincent Sheheen referred to Republican incumbent Gov. Nikki Haley as a “whore” during a stump speech in the South Carolina gubernatorial campaign and couldn’t contain his laughter after the offensive slip of the tongue.

Of course, anyone who’s been paying attention for the last several years knows that the liberal double standard for how to treat women has been with us all along.

Just think back to the way liberals treated Sarah Palin or Michele Bachmann.

One could say that the GOP should have made the first version of this video six years ago.

Their policies ain’t so hot for all kinds of women, either.

Beautiful, it’s about time the Republicans took the gloves off. Now they need to start slamming the bejesus out of the progs for their policies that have been so destructive to blacks and kept them on the Dem plantation all these years. Too bad there’s no audio/video of LBJ’s “200 years” comment.

Meh. The GOP should have been hammering Democrats since the pants-down Presidency of William Jefferson Clinton, but too many “moderate” Republicans (Arlen Specter, Susan Collins, Olympia Snowe, Peter King, etc.) have been enabling Democrats on this very issue for years. A throwaway line or two at the end of a campaign won’t change the basic dynamic.

Gentlemen, chivalry was wounded but not mortally. Let’s recall the moral (i.e. religious) orientation taught by our parents and grandparents. Mom and dad were often… More often right in their judgment.

Has Karl “never say anything bad about your opponent” Rove retired?