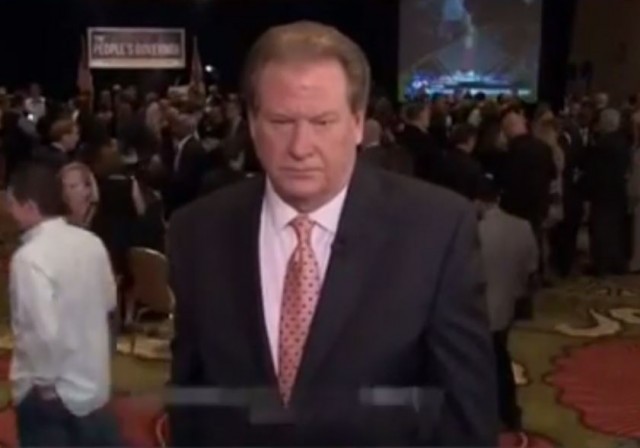 Yes, I clicked over to MSNBC when it became clear Republicans were going to take the Senate.

As he turns the channel to @MSNBC

I practically laughed out loud at this rant by Ed Schultz.

To his usual audience he was making the case against Walker, but to others, he made the case for Walker.

Was the final THAT ugly for Burke, the lying liar who lied?

Folks may already know this, but just in case…

Yep, he’s looking very papabile, but then he always did. Let Cruz and Paul do their thing in the Senate. Walker is the obvious choice for president.

I think you meant to say palpable. Papabile is something Lena Dunham might say on a good day.

Um, no, why would I want to say “palpable”? What would it even mean for me to say Walker is palpable, as opposed to anybody else. Maybe if I were talking about Chris Christie I might say he’s a more palpable person than most, but I’m not. No, I meant to say papabile, which makes perfect sense in the sentence I used it, and I don’t understand either why Rags and you have a problem with it, or what it has to do with this Dunham person, whom I heard of for the first time this week.

“Papabile (Italian pronunciation: [paˈpaːbile], pl. papabili) is an unofficial Italian term first coined by Vaticanologists and now used internationally in many languages to describe a Roman Catholic man, in practice always a cardinal, who is thought a likely or possible candidate to be elected pope.”

So, you’re saying he may be elected pope?

Ooo…new word. Papabile: Papabile (Italian pronunciation: [paˈpaːbile], pl. papabili) is an unofficial Italian term first coined by Vaticanologists and now used internationally in many languages to describe a Roman Catholic man, in practice always a cardinal, who is thought a likely or possible candidate to be elected pope. A literal English translation would be “pop(e)able” or “able to be pope”

Yes. It’s not an obscure word; it didn’t occur to me that it would not be in the working vocabulary of any well-read person, such as I expect the commentariat here at LI to be. As I said, Walker has long been papabile, but he’s looking especially so now.

Any ‘well-read person’ would at this point admit to using the wrong word. Put the shovel down.

You may as well quit trying, the idiots will never get the difference between what’s read and reality. To them there is no difference. Most people with an IQ over 15 got it!

Even in liberal stronghold Madison, WI, Schultz had to give away tickets at his last speaking event because he couldn’t fill the seats at a tiny (capacity 971) venue. The Libs must really have no one else to turn to if Schultz still has a show.

Schultz looks like he just too a bite of a poop sam’mich.

Newsbusters first reported that the liberal TV talker received $190,000 from the Communications Workers of America for “representational activities” in 2011. CWA president Larry Cohen is a regular guest on Schultz’s radio program.

In 2010 his union salaries totaled a comparatively small $37,350. The American Federation of State, County and Municipal Employees (AFSCME); the International Brotherhood of Electrical Workers (IBEW); and the Communications Workers of America (CWA) paid him $15,000, $14,850 and $7,500, respectively.

The unions classified the 2010 payments to Schultz as “union administration” expenses, according to Labor Department records.

Schultz’s union salaries doubled since the debut of “The Ed Show” on MSNBC in 2009.

The unions’ records, filed with the federal government in compliance with the Labor Management Reporting and Disclosure Act, show that his financial ties with unions date back to 2005.

Schultz received a total of $42,500 from various unions in 2009 for “political activities.” The National Air Traffic Controllers Association, AFSCME and the Building and Construction Trades union all paid Schultz that year.