Democrats are horrible! But Republicans are WORSE! 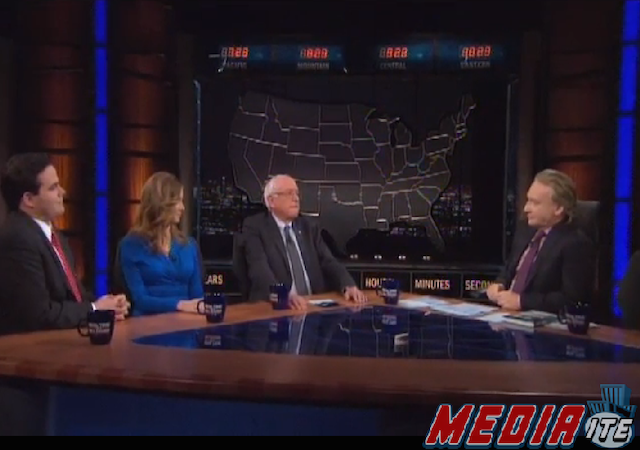 Democrats are still in full cover up mode days after the Republican wave crashed over the heads of embattled progressive candidates, and even pundits who have conceded that Democrats totally blew it are still scrambling to convince the American people that the election had nothing to do with the merits of liberal policies.

Bill Maher hosted a romp on his Friday night show in which he did his best to convince his guests that this election wasn’t a rejection of progressive lawmaking, but a referendum on Barack Obama, his blackness, and…other…things?…that I can’t quite tease out at the moment.

That being said, he still had some issues with Republicans, like how, Maher claimed, the entire GOP victory was all about a continuing resentment of the “first black president.”

Maher said their entire strategy was “screw Obama, we hate Obama,” and was amazed that it actually worked. Senator Bernie Sanders said it’s very easy to beat up on Obama instead of talking about big issues that affect the country. Maher pointed out how few Democratic candidates said anything positive about Obama and said they just suck.

He argued they didn’t have that hard of a record to run on, and when actual Democratic policies were on the ballot, voters approved them. Maher said the Democrats were just horrible and “treated Obama like a teenager treats his mother.”

Maher seems to be having a hard time with the idea that Republicans could run a referendum on Obama’s policies and end up winning, but his indignation doesn’t really make sense. Democrats have made a name for themselves under the banner of sticking together. There’s no real sense of division in their party; Republicans, on the other hand, cling to their factions like Battleground Texas clings to stale polling data. Democrats’ tendency to circle the wagons is what helps Democrats win; the fact that candidates fled from Obama’s endorsements and support during the midterms is an anomaly, not their status quo—so what else were Republicans supposed to do?

A divide-and-conquer strategy might not work during a presidential cycle, but it put Republicans on top this time around. It wasn’t an illegitimate strategy; it was a workable strategy, and it paid off—much to the chagrin of race baiters like Maher.

I think I called Maher an execrable carbuncle on the ass of evil the other day.

America chose us. Eat it.

This annoys me to no end. Hey B.M., are these people mad at Obama because he’s black or because of his policies: https://www.youtube.com/watch?v=J9ixOsjut3E

“Democrats were just horrible and “treated Obama like a teenager treats his mother.”

Maybe it is because Obama stomps his feet and flails his arms like a teenager when he doesn’t get his way. Obama treats everybody like they are WAY below him. (except muslims, Saudi kings, and celebrities)

Bernie Sanders is such an idiot. It is not the trade policies that drive business to logical business decisions, but the tax code. Money is fungible, a coward, and goes where it feels loved.

This guy is so deluded and full of sh-t, he can no longer keep his lies straight.