And Now, The War on Toe-fur-key

And Now, The War on Toe-fur-key

A war we cannot afford to lose. 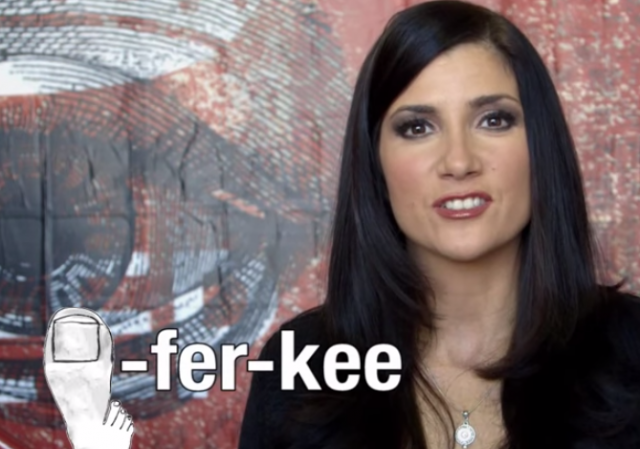 You may not be aware that Dana Loesch of The Blaze makes videos.

This new Thanksgiving related spot is pretty funny. In what should come as a surprise to no one, Loesch isn’t a fan of fake turkey. I couldn’t agree more.

Would you believe Tofurky has been around for 20 years?

Options for meat substitutes have come a long way since Seth Tibbott’s first few Thanksgivings as vegetarian in the 1970s.

Vegetable side dishes and salads were nice but they didn’t seem as festive as a turkey, the traditional Thanksgiving centerpiece. The Oregon man tried all kinds of experiments, from a stuffed pumpkin to a gluten roast that took all day to make but was “unsliceable and indigestible.”

After becoming a professional “soycrafter” in 1980, Tibbott noticed that sales seemed to slow around Thanksgiving and Christmas “as people lost their vegetarian ways and guiltily ate traditional fare like turkey,” he said.

Call me old-fashioned, but I’ll be enjoying real turkey today without any guilt.

Hope you’re having a great Thanksgiving!

But it’s not a delicious, moist giant bird, either.

I LOVE turkey…!!! I’d love goose, too, but they’re so damned expensive.

I usually get invited to share Thanksgiving dinner with some neighbors where most of the attendees are Seventh Day Adventists and thus vegetarians. Thankfully there has never been a tofurkey on the table. The closest I’ve seen to these faux meats was some soy bacon bits used to season a rice stuffing side dish. There is often a real turkey because they aren’t at all obnoxious about being vegetarians. Usually several guests are not, so being most gracious people, the feat includes a small roast turkey.

What they often use as the centerpiece dish to bring out to the ooohs and ahhs and then carve at the table is one of those heirloom “Cinderella” pumpkins that’s more red than orange. It’s hollowed out, stuffed if with a savory bread pudding and baked whole. It’s then sliced into wedges at the table.

I find it is quite tasty covered in turkey gravy and treated as a side dish.

If I’m going tp eat a jacked up turkey it’s going to be a turducken….THREE kinds of meat!

“Broccoli” may not be a four-letter-word, but “tofu” is

Tofurkey make some really good sausages. Don’t knock it till you’ve tried it.

Oh, and I’m sure Dana Loesch doesn’t really abstain from anything she that doesn’t know what’s in it. Does she not drink Coke, for instance? So why get upset at tofurkey? If it tastes good, enjoy it, with or without real turkey. I mean, most normal people I know enjoy veggie burgers and vegetarian liver, without having to give up real burgers and real liver.

I’ll stick to the real thing, let the vegetarians/vegans have the processed soy and wheat products.