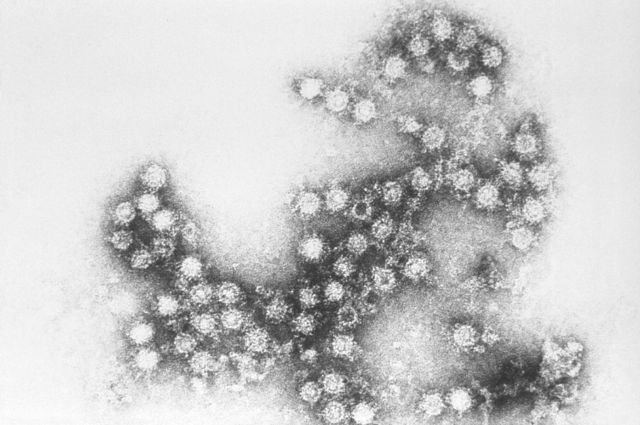 As Ebola continues to rage in Africa, one key person seems to be missing in action: Ron Klain, Ebola Czar.

Ebola was on the top of everyone’s minds five weeks ago, but now that it’s largely disappeared from the mainstream media, it continues to fade into the background in this country. But the fact remains: Ebola continues to kill hundreds of people in Africa. Ebola continues to destroy families and leave many children without parents.

It was sad for me to hear about the passing of a surgeon – who was a citizen of Sierra Leone and a permanent resident of the U.S. – on Monday. From what I know, he was a dedicated health care professional who did his best to keep his patients safe and alive. But what is sadder to me is that our Ebola czar, Ron Klain, did not have the courage to publicly come out and offer a statement in regards to the death of this physician, and also has failed in keeping the American public informed about the progress in this Ebola war.

I would have expected a political operative such as Klain to at least try to “message” us. Hopefully, we won’t discover videos of him calling Americans stupid for being concerned about a potential pandemic..after being paid millions in taxpayer dollars for questionably professional services.

However, at least Ebola did attract some mainstream media coverage. That differs from Enterovirus-D68, which has swept through the country and has sent hundreds of American children into emergency rooms with respiratory distress.

There has been very limited, local coverage. One of the few who took up the story is Sharryl Attkisson, who now reports that 12 deaths have now been linked to this pathogen.

The U.S. death toll from the mysterious Enterovirus D-68, which primarily strikes young children, has reached twelve. But as the number of livest lost increases, the Centers for Disease Control (CDC) reports that most states over the last five weeks have indicated “reduced EV-D68-like illness activity.”

The latest CDC update on the current outbreak of the polio-like Enterovirus D-68 states that it has now been detected “in specimens from twelve patients who died and had samples submitted for testing.” That’s one more death than was disclosed in last week’s update. The CDC account does not provide information as to where the patients died and does not disclose his/her names, ages or other details.

From mid-August to November 12, 2014, CDC or state public health laboratories have confirmed a total of 1,116 people in 47 states and the District of Columbia with respiratory illness caused by EV-D68. That’s the same count CDC gave the previous week, indicating a slowdown in spread of the virus.

And while the rate of infection has gone down for this disease this year, it may return next fall — with even more death and paralysis in its wake.

Any bets as to whether the administration’s response to both Ebola and Enterovirus-D68 will be more robust and effective by then? Because Potemkin Villages are not effective barriers for controlling infectious diseases.

And with reports of a rare and potentially lethal form of malaria on the rise, better preparation for an onslaught of disease would be smart.

I read an article weeks ago that stated the death count at 18.

It is absolutely shocking to me, appalling, that our media will not aggressively cover a disease almost certainly brought in by illegal aliens that is putting dozens and dozens of our children in intensive care wards, paralyzing and killing them.

The media has a lot to answer for. They are no WWII generation types.

C’mon, you can’t “fundamentally transform” our once-great nation without killing and crippling some American kids, right?

And the government dare not let “stupid” American voters know that allowing hundreds of thousands of medically unscreened, disease-carrying foreigners into the U.S., is likely spreading contagious diseases, for which we Americans have little natural immunity, across the land.

I think the peasants have made their opinion clear: they do object. The aristocracy knows better …

Apparently a few dead or paralyzed American children is an acceptable price for ensuring a big supply of new Democrat voters, or at least keeping a big pool of cheap gardeners and restaurant staff.

I plan on trying to ensure that there is at least one sign at every tea party rally that clearly identifies President Jugears as a killer of American children. And woe to any donkeytard who dares use the phrase ‘for the children’ anywhere I can hear it.

Imagine if Obama had appointed Jonathan Gruber instead of an attorney as Ebola czar.

Ronnie K don’t know nuttin’ about viruses, but he does know how to shut the press up, maybe his secret is getting the press lads to sing a few verses of “Home on the Range” “Where never a discouraging word” be heard.

Sorry, we can’t prepare for any of these. It would demonstrate the problems of unrestricted immigration, so there can be no notice taken of these Politically Transmitted Diseases. the PTD’s.

Ebola, it seems, will probably be controllable in the U.S., although the expense of treatment and the risk to emergency and ICU personnel are high. The newer strains of malaria, and malaria in general, may mean that the risk of both diseases here will increase. Allowing “immigrants” with viruses into the country and dispersing them widely is spreading unwarranted risk to American children. They are being sacrificed on the altar of open borders. The safety of the American public is not among the goals of this administration.

The outbreak of the virus EV-D68:

CDC has not answered any of the questions asked connecting this strain to the influx of the thousands of illegal immigrant children who recently having been allowed and encouraged to come across our border by Pres. Obama.

Rather than be sent back to their home country and processed through channels to seek asylum and be given health clearances, man power was assigned and focused on the wrong side of our border AFTER allowing entry. Illegals were illegally processed out from Border Control jurisdiction and relocated by significant numbers across our country. The two cities where the Highest active EV-D68 outbreak was identified as non-polio enterovirus and is just now be relabeled as EV-D68 cases as they come under review in American hospitals.

We have come to know via the accounts of Border Control employees the illegals sanitary habits are little to non-existent and have accounted for the abnormal number of illness at their holding points and allowed to follow them to the states they were transferred to. Obama has not released the government records of these known transfers and CDC has not done any type of follow through with these families and children. It has been left to local resources to find the common thread.

We who remember the 1952 polio epidemic was the last worst outbreak in our nation’s history; 58,000 cases reported, 3,145 died and 21,269 were left with mild to disabling paralysis. It was 1955 before a vaccine was available. Will history repeat itself? What will be the outcomes if our borders continue to operate at this level? What if the next wave includes illegals crossing carrying EBOLA via Central America, rather than on a flight from Brussels? Do you believe the government department response time for CDC operates much different than the obfuscating VA? Do you trust Obama when he says; it’s a very small chance of ever having a pandemic happening in our country? Do you think Obama will continue to play politics for the next two years over maintaining the oath of office?

Obama, the all-knowing oracle of “unintended consequences” has placed his political motives over and above his oath to keep secure our borders and because of his actions we are currently dealing with an existing major health crisis in the making.

I believe the strategy is to circle the wagons and say nothing. That way it disappears from the public consciousness.

And to seal the deal, accentuate another crisis to further push Ebola out of the public mind.

Seems to be working pretty well.

This “enterovirus 68” is a polio virus. As a polio virus, the death rate is inconsequential, except of course for those who have died.

The far larger issue is that EV-68 is a polio virus and the far larger consequences are the same as any other polio virus: paralyzations, damage to the nervous system, etc.

EV68 might just mutate into the type of polio virus that my cohort born in the mid 1940’s faced: slow lingering death, major muscle paralysis, inability to breath, etc.

Google “iron lung” for a real treat about polio in the 1950’s before the development of the anti-virals.