“The conservative position is that blacks have repeatedly proven they can compete with anyone without the demeaning benefits of lower standards.” 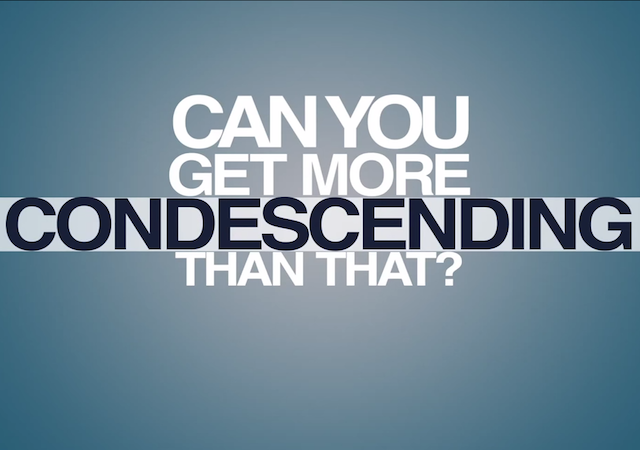 “Hardly a day goes by that someone of prominence—a politician, a talk show host, an entertainer—doesn’t call a conservative, or conservatives generally, a racist.”

Maybe it’s just because we’re in the middle of an election cycle, but it seems like the liberals out there are getting more and more brazen in their attempts to paint conservatives as racists—even when they know those attempts are likely to backfire spectacularly.

The people at Prager U have a new video out that asks the question liberals are terrified their voters will actually begin to answer: “Who are the racists?”

The moral of the story is that liberals are terrified that minority voters will begin to realize that policies like Affirmative Action, and their vocal opposition to Voter ID, actually set those voters up to fail.

Hopefully, they’ll realize it in time to save the country.

Why am I hearing crickets instead of trolls…???

While I agree with the premise and the conclusion, this is a singularly dull-as-dishwater video. Surely there has to be a better and more dynamic way to present this information.

You’re right, there has to be. However, it’s much too late to get one out for this election cycle. Since that’s the case, how do we get this one that we DO have ready placed in media outlets all over the country over the next twelve days? Yeah, I know … it’s already too late, damn it!

The GOP isn’t known for creativity. In fact, they’re not known for much except spinelessness.

I, for one, am eagerly awaiting your better and more dynamic presentation of this information.

When you get it done, contact Amy; I’m sure she would add a link to your video.

Will it involve girls twerking?

Amy, cradle-to-grave “maintenance” for the perpetually aggrieved and ignorant will never lead to enlightenment.

The unwashed masses grow in number, and will until the “host” dies.

It’s time to call the true racists out. Every time a liberal brings forth condescending arguments, they need to flat out be called racist for said comment.