Whatever happened to the IRS targeting scandal investigation?

Whatever happened to the IRS targeting scandal investigation?

Another reason taking back the Senate is so important. 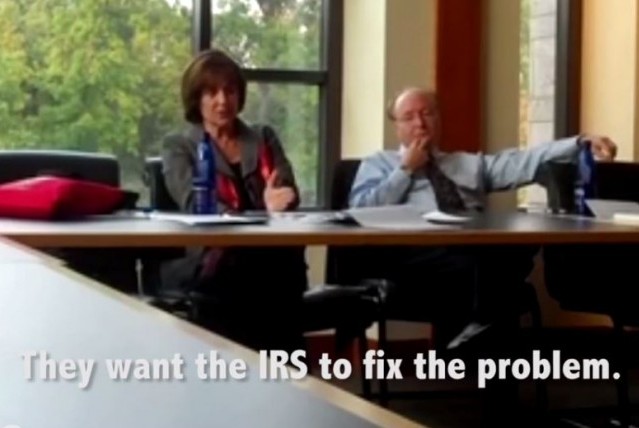 It seems like it has fallen off the media radar completely.

Because the Imperial Bureaucracy.

This video just released by the House Oversight Committee provides a good timeline of events:

After the midterms, time to ramp up the investigation.

Which is why taking back control of the Senate is so important. It will add another layer of investigative power.

“Because the Imperial Bureaucracy.”

But I thought the regional governors now have direct control over their territories?

Every day on Instapundit: http://taxprof.typepad.com/taxprof_blog/2014/10/the–4.html

Taking back the House would also help.

I’m sorry, professor, but it’s also “Because Establishment”, specifically the national level establishment Republicans who are as by the “Tea Party” as the Democrats.

There are some arguments for turning over the Senate, but that, and for that matter, the rest you listed, aren’t among them. Ebola and ISIS aren’t ones because the Congress has no executive power, and that’s what’s needed to address those two (I’m assuming using the power of the purse has been taken off the table).

As an extreme, one “positive” reason is that if you think the road to national salvation is necessarily going to be at the expense of this Republican establishment, then two years of “leadership” from the likes of Boehner and McConnell will help that along nicely.

Depends on McConnell, who at least says the right words sometimes; if he and his colleagues push through a set of rules so punitive for the minority that they’ll wish they’d never heard of Harry Reid, well, we’ll see. But that’s the only hope, that there will be sharp retribution for Reid’s abuses as Majority leader. Absent that, expect a lot of us Republicans, ones like me who go back to the Nixon days, to view our current nominal membership in the party even more so.

Oh, yeah, immigration is a non-negotiable. If a Republican Congress lets Obama open the flood gates it’ll be game over in more ways than one.

“They” as used in Lois Lerner’s remark “They want IRS to fix the problem” is at the heart of the case of collusion between the Senate/Harry Reid and the White House/Obama. If it takes the entire 2 years to nail both, I would be a happy camper. Lest the Republicans do not take the Senate, anything coming out of the investigation and any type of reform, is all but over.

I’m a radical thinker (meaning, going to the root of the issue).

The root is the tax code. Burn it down all the way to the roots.

Start with a new, clean sheet of paper. Write a tax code to provide ONLY the revenue needed by a government conforming to the Constitution. NO re-distribution. NO social engineering. NO business income tax.

Mark Levin and I think it can…and a lot of others.

An insurrection does not require violence.

Would love to see Yucca Flats finally accept all that nuclear waste that Dingy Harry has been blocking. Would love to see Upchucky Schumer put in his place. So many corrections to be made. Oh happy day!

What IRS investigation? Is this about that tea party whining from a year ago?

Come on, that is so over. Time to move on.

Cowardice in the face of opportunity.