“This isn’t liberalism: this isn’t even leftism — it’s infantilism”

“This isn’t liberalism: this isn’t even leftism — it’s infantilism” 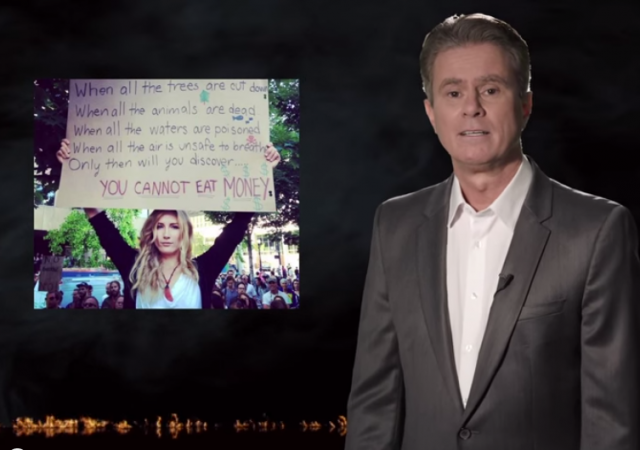 The newest edition of Firewall with Bill Whittle struck a chord with me because he launches his monologue by talking about something one of his liberal friends posted on Facebook.

As a New England lifer, I have lots of liberal friends and I hardly ever go on Facebook anymore because I can’t stand the political items they frequently post.

Whittle argues that today’s liberals aren’t even liberal and he makes a strong case.

Here’s a taste of the video from Truth Revolt:

More and more these days, people who call themselves “liberals” have bumper-sticker philosophies that are liberal — they’re not even leftist. They’re infantile. In his latest FIREWALL, Bill Whittle dissects one of these childish, undeservedly self-righteous positions and compares the modern “liberal” to the real deal.

Hi Everybody. I’m Bill Whittle and this is the Firewall.

You know how it is on Facebook. Every now and then a friend pops up who you haven’t seen in a long, long time. I had one of those fiend pops just the other day, and so I went to her page to see how she’s doing.

Just fine, and nothing new.

She did have one of those interminable political pictures though, and while I have seen a few that were really dumb, this one was in line for the prize. And I about let it go – cause otherwise you’ll go mad – when I realized it was a share from a Facebook page called BEING LIBERAL, which has over a million followers.

So here’s what Being Liberal proudly posted as a nugget of political wisdom:

Bill does it so well.

Some really at-least-half-bright candidate for president should just hire him for messaging.

If we actually had rule of law and adherence to the Constitution, we’d crush the collectivists.

No, we wouldn’t. A consequence of civilization is dissociation of risk, which when progressive sponsors corruption. Unfortunately, there is sufficient diversity in any society, as well as immoral and amoral individuals, that the outcome is inevitable.

Consider that abortion was legalized as a faith-based exemption under the First Amendment. That privacy was granted to practice a sincerely held faith in the privacy of a clinic. This was a grant of exclusive power to women so that they may commit or contract for abortion/murder of a wholly innocent human life. Today, a large minority, and likely a significant majority, accept this establishment of religion (i.e. moral philosophy) without hesitation and actually with enthusiasm.

Generational liberalism is logically a progressive process, which ultimately concludes with libertinism. Followed by a combination of societal collapse, alien displacement, and authoritarianism.

Liberals are immature -phobes…scared of anything that is contrary to their emotional beliefs or that would cause them to challenge their own beliefs.

Which is why they seek to emasculate the Constitution in general, and the First Amendment in particular. They tacitly acknowledge their ideas would never stand up to scrutiny, and so resort to childish techniques like shouting down their opposition and emotional argumentation.

A rather brilliant commentary by Bill Whittle and a superb explanation of ‘useful idiocy.’