The Death of Klinghoffer

The Death of Klinghoffer

Operatic sympathy for the terrorists 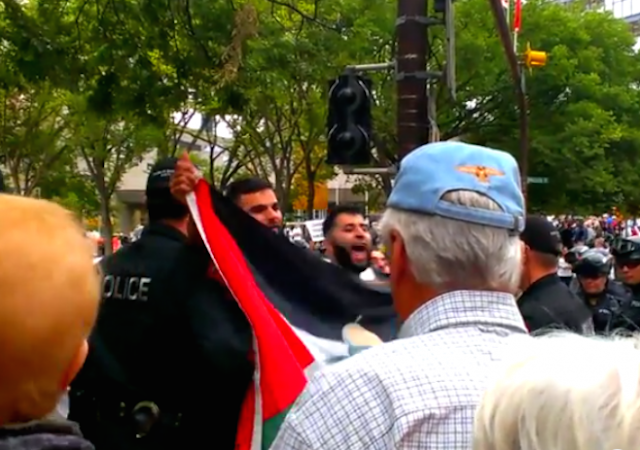 Yesterday was the opening of controversial opera “The Death of Klinghoffer” at New York’s Lincoln Center. The occasion was marked by turmoil:

Demonstrators, primarily associated with Jewish groups, plan to rally outside Lincoln Center with 100 wheelchairs, in honor of the slain handicapped Leon Klinghoffer, on whom “The Death of Klinghoffer” is based.

Klinghoffer was hurled from the Achille Lauro cruise ship by PLO terrorists in 1985 after it was hijacked. The opera, which centers on the terrorists who perpetrated the murder, has been accused of glorifying terrorism and incorporating anti-Semitic tropes.

The Klinghoffer opera is not new; it was first produced in 1991, and has drawn protests wherever it goes.

I recall hearing the news of the hijacking and the shocking manner of Klinghoffer’s death at the time it occurred. But back then I was unaware of the almost immediate post-modern interest of some in understanding—empathizing with, and even sympathizing with—Klinghoffer’s murderers. In the years since, and especially post-9/11, such enabling attitudes have become only too common.

“The Death of Klinghoffer” is an example of the genre. In the olden days, an opera on such a theme might have featured the terrorists as traditional villains steeped in evil, with thunderous and dissonant music to signify the horror of what they did. But in this version they are given sonorous and lovely melodies to sing and sympathetic words to utter. But it wasn’t enough to portray the murderers in a sensitive light; the Klinghoffers and their associates are portrayed less nobly:

More than 20 years ago, in his review of the Brooklyn Academy of Music’s premiere of the opera, The New York Times chief music critic, Edward Rothstein, questioned the presentation of Jews and Palestinian Arabs as “symmetrical victims of each other’s hatreds.” Rothstein later wrote that the opera’s depiction of its Jewish characters reduced them “to petty triviality” compared to their Palestinian counterparts.

The opera’s librettist, Alice Goodman, is an interesting tale herself. Born and raised as a Jew in Minnesota, educated in literature at Harvard, married to a British poet, she became an Anglican priest and opera librettist.

You can listen to Ms. Goodman discussing the opera here, in a BBC interview that features a selection from it sung by one of the terrorists. Without even being able to decipher the words of the libretto, just hearing the music and the voice of the kidnapper makes it clear that he is being given a respect and a certain esthetic elegance and dignity that could only serve to elevate him in the eyes of the listener.

Ms. Goodman’s answer to the question of whether the opera is anti-Semitic or an apology for terrorism is an interesting one. She says no (no surprise there); she believes that the charges of anti-Semitism and the rest are a result of her showing the terrorists as “human beings.”

Ms. Goodman says she speaks not just as the librettist, but as a priest, when she recognizes the perpetrators as human beings with ideals—wrongheaded, yes, but idealistic nevertheless—as though idealism somehow has a value in and of itself. She acknowledges that the music and the words she and her collaborator wrote for the terrorists who killed Klinghoffer were lyrical and heartfelt, and she understands that this fact created “a dissonance difficult for some people to take.”

Indeed. I guess we’re not all highly evolved enough to understand the convoluted mental gymnastics required in comprehending how that doesn’t constitute some sort of sympathy and apology—if not for the devil, then for the human beings who perpetrated this heinous act.

At least “Spring-Time For Hitler” was biting parody.

It’s about damn time to do an operatic paean to Meir D. Kahane!

And, who will stage it? That’s the problem.

I’d like to see all the terrorist characters in the opera played by overtly gay men, singing in falsetto — and see what kind of firestorm of protest would follow from the Islamic community: it might be one of the few times Jews and Muslims would be in accord in common protest against something.

I can’t wait for the sequel opera about knife-wielding terrorists who sing joyously as their airplanes crash into towers filled with evil capitalists. They could call it “The Death of Little Eichmanns”.

I guess if Edelweiss doesn’t float your boat, you throw an old Jew overboard.

The Sound of Muzak. How far we’ve progressed since 1965.

Mr. Hammerstein, the BDS captain would like a word with you.

LukeHandCool (who received a cup of coffee and cookies from Julia Andrews one afternoon as he sat by his dying mother’s bed. Julia’s husband, the producer Blake Edwards, was dying in the room next door. Julia asked Luke if he took cream and sugar in his coffee. Luke said, “Yes.” Luke never puts sugar in his coffee, but he was not about to refuse a spoonful of sugar from Mary Poppins. Pure class off the screen as well. Came in every day and checked on Luke’s mom.)

One day Julie asked Luke how he was holding up and Luke couldn’t reply for fear of losing control of his emotions.

Luke told his younger sister to apologize for him when she saw Julie that night.

This smacks of the Nazi anti-semitic propaganda written and produced during that era.

(Watch this – then tell me that I’m breaking Godwin’s Law or committing the faux pas of the reductio ad Hitlerum fallacy. Please note: I could have linked to other sick, horrifying Nazi propaganda films, but I do not……. I will not. I refuse. It is just too evil – as I consider this pro-Islamo-fascist “opera.”)

Alan Dershowitz saw it, didn’t like it, and was also unhappy that protesters were kept so far away they couldn’t be seen by opera-goers.

I won’t forget that in one of his books bill ayers gave a shout out to sirhan sirhan as a political prisoner.