The criteria for diagnosing Ebola

The criteria for diagnosing Ebola 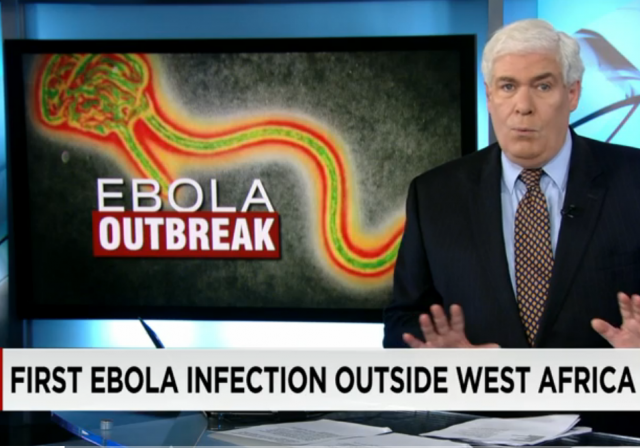 No one can say she kept mum about the fact that she’d been near an Ebola patient recently. Authorities were well aware of her exposure, because she was on the team that cared for a Spanish missionary and a Spanish priest, both of whom were shipped back to Spain after they contracted Ebola in Africa. Both of them have died.

But although health workers in Dallas did not originally know that America’s patient zero, Thomas Duncan, had been recently exposed to Ebola, there is a similarity between the unnamed nurse’s disease trajectory and that of Duncan. As with him, there also was a delay in her hospitalization and diagnosis. She is said to have reported her first symptom, a fever, on September 30, and yet she was only hospitalized this week. Since authorities knew in advance that she’d been exposed, why the delay, which put many more people at risk? Should they not have erred on the side of caution?

There are various possibilities. Perhaps the authorities had such faith in their isolation and protection techniques that they thought it impossible that a health worker could contract Ebola while working under state-of-the-art conditions in a Western hospital, as opposed to in Africa. Or perhaps (as I’m beginning to suspect) the diagnostic criteria for Ebola aren’t rigorous enough.

One of the first symptoms of Ebola is a fever, defined as above 101.5. But see this [emphasis mine]:

Health authorities said on Monday night that the nurse was in stable condition. She had alerted them to a slight fever on 30 September, said Antonio Alemany from the regional government of Madrid, and checked into a hospital in Alcorcón with a high fever on Sunday. Ebola protocol was immediately activated at the hospital and initial and secondary tests were both positive for the virus.

A “slight fever”—in other words, not high enough to be textbook Ebola. But the textbook may be wrong. Her fever didn’t become high enough to fit the criterion until five days later. The same mild fever was the case with Duncan, whose temperature was 100.1 on his first visit to the ER, when they sent him home with antibiotics (unlike the nurse, however, he already had other symptoms of Ebola). According to the woman who two days later called 9/11 for an ambulance for Duncan when he became extremely ill, his temperature even at that later stage was only 100.4 when she took it.

If both the US patient zero and Spain’s patient zero presented with mild fevers, it becomes harder to think of it as a freak occurrence. It just may be that mild fevers are more common in Ebola than previously thought, especially in the early stages. In fact, could they not be fairly common, and this fact previously missed because in Africa people don’t typically tend to get medical help until the later stages of the illness?

This is speculation on my part, of course; I’m not a doctor. But logic suggests it as a possibility, and it seems to be a potentially important issue to look into. If fever is being used as a marker for Ebola, it makes sense to make sure that fever is defined in a way that conforms to the disease’s early presentation, not just its late manifestation.

One other important question the Spanish nurse’s illness raises is how she managed to contract Ebola in the first place. There are only two possibilities, as I see it. The first is that an error (either hers or someone else’s at the hospital) was made in following the procedures for the isolation of Ebola patients. The other is that the procedures were followed but are sometimes inadequate, and more must be done to protect the people who care for Ebola patients.

This particular epidemic, as opposed to previous ones, has been marked by more medical staff contracting the disease. Is it because they have been careless? Is it because the epidemic is larger? Or is it because something has changed and made Ebola easier to contract?

These three possibilities are not mutually exclusive, either; the answer could be “all of the above.” But the most frightening one is that third one.

“But although health workers in Dallas did not originally know that America’s patient zero, Thomas Duncan, had been recently exposed to Ebola” ….

Oh, y’all are still lying about that? Why?

Are you stating that they knew he had been exposed to Ebola? He reportedly told someone he was from Liberia, but last report was that he/the family were telling everyone he didn’t know that woman had Ebola. If that were true, he would not have told the hospital.

He told the hospital that he had come from Liberia, while exhibiting symptoms of Ebola. Is that not literal enough for you?

And yet he never told the people at the hospitals what he knew to be the truth: I have been in close contact with a person who died from Ebola.

It would be nice if everyone was able to connect the dots but how realistic is it to expect this to happen? Who do you want to blame?

The person who came here knowing he was infected?

The government that says that travel restrictions are unnecessary?

The President who assured the nation that “First and foremost, I want the American people to know that our experts, here at the CDC and across our government, agree that the chances of an Ebola outbreak here in the United States are extremely low”?

The story the hospital tells is that someone in the hospital was told he was from Liberia, but the diagnosing doctor did not know that.

Of course, you were aware of this discrepancy, and used it to call other people liars for accurately tracing the doctor’s thinking.

You can’t shame an asphole. He’s proud of who he is.

In other words, Tex Detroit is quoting his/her/its savior Hillary Clinton: At this point, what difference does it make? We have Ebola here!!

And now the truth, as said by Hillary:

What difference does it make? A former FedEx worker from Africa is dead. Who cares if he flew through Belgium and may have infected hundreds…

You beat me to it. 98.6 is the “average”, and only serves as a baseline. The real healthy “normal” temperature is a range.

This is the trouble for hard-and-fast rules for medical diagnoses. They can define “fever” as “above 101.5” if they want, but a more accurate measure would be “more than three degrees above normal”, since baseline body temperatures are relative.

The obvious trouble is that without knowing the “normal” for a person there’s no way to tell how bad his/her fever really is, but the alternative is completely missing high-profile cases like Thomas Duncan’s.

Do the people setting these guidelines think that all West Africans are retarded or something? Aspirin, Acetaminophen, Paracetamol … all pretty standard widely-known cheap-as-chips fever-reducers.

I’ve read she’s belatedly admitted to a doctor that she may have touched her exposed face with a gloved hand after changing the Ebola patient’s diaper, during the suit removal process. Mistakes may have been made. This after telling the international media she followed all procedures and furthering panic over this strain of Ebola being airborne. (If it was airborne in the scientific sense, given the stupidity going around we’d see a lot more people than this infected.)

“I’m not a doctor. But logic suggests….”

You may not be a medical doctor, but you are capable of understanding the problem, given the pertinent facts.

I am not a medical doctor either, but I am an attorney with a chemistry degree, who has worked with HIV doctors since about 1988. What we did not see is medical people infected with HIV at this amazing rate. We also did not see whole families infected merely from being in the same house. Finally, we have seen that, in America, people with HIV in committed relationships have a VERY low rate of disease transmission. The reassurances from the CDC, namely that this disease is as difficult to transmit as HIV, are inconsistent with the available evidence.

HIV is not persistent at all outside the human body, although it can persist in stored blood and refrigerated bodies. Ebola is persistent on surfaces for at least a few hours, possibly depending upon the size droplet containing it. Also. Ebola appears to be highly infectious, that is, very few viral particles are needed to produce an infection. Exposure to HIV, even through sex, appears to statistically require a certain level of viral load.

One difference between Ebola and HIV is that the CDC has been saying that a person is not infectious until the person shows symptoms. This is a clear difference from HIV, and very reassuring, if true. But if a person with only a very low grade fever is infectious, we may have found the explanation for the large numbers of deaths of medical people — they may have touched people who were “well.”

“Ebola appears to be highly infectious, that is, very few viral particles are needed to produce an infection. Exposure to HIV, even through sex, appears to statistically require a certain level of viral load.”

In my biology and chemistry classes, that threshold was collectively referred to as a “dose”. Less than a “dose”, and there’s not enough virus particles to infect the new host before dying off naturally or succumbing to the immune system’s local response (i.e. the already-present T-cells and white blood cells kill it off before it gets far).

The number of virus particles that make up a “dose” varies depending on the virus, however. Some are hardier and need fewer particles; others are relatively fragile and need more. Ebola doesn’t appear to need very many; far fewer than influenza, though influenza is tougher, tough enough to be airborne.

As to medical staff touching people who were “well”, see my above response to the hard-and-fast “rules” on diagnosing Ebola. “Fever above 101.5” only means something if the person’s baseline is the average 98.6, but not everyone’s is.

RE: Health authorities said on Monday night that the nurse was in stable condition. She had alerted them to a slight fever on 30 September, said Antonio Alemany from the regional government of Madrid, and checked into a hospital in Alcorcón with a high fever on Sunday

Notice how the Spanish nurse reported symptoms on the 30th and was admitted on SUNDAY without pointing out that the 30th was a Tuesday and she was not hospitalized until the 5th.

And if you follow up on her story, you will find that when she finally got the attention of the authorities to her worsening condition, she was told to get tested at a clinic where she waited with walk-ins for hours before the test results returned positive.

The average amount of Ebola training for Spanish medical personal: 10 minutes. Exactly what training did the people in Dallas receive from the CDC?

Good thinking, Neo-neocon. Wide-spread incidences seem to be occurring, daily accruing. Next will be to watch if these develop clusters. All while news/government are surely trying to squelch reporting. This one is going to prove again the adage that what kills us in not what we do not know but what we do know that just ain’t so.

I came across this. Low-grade fever would qualify as “symptomless.”
http://tinyurl.com/m889v39