And it’s everything you hoped it would be 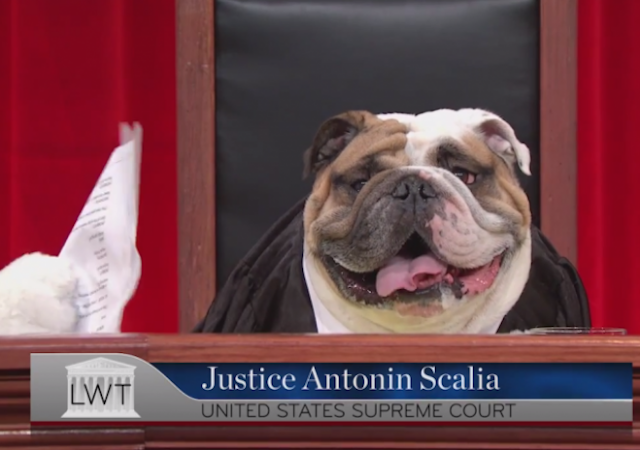 Oliver released the raw footage on YouTube for enterprising individuals to utilize. Slowly but surely, oral arguments set to “Real Animals Fake Paws” are popping up.

So if you ever wanted to watch, let’s say, Burwell v. Hobby Lobby (religious exemption from Obamacare’s contraception mandate) enacted by dogs, you’re in luck!

It’s hilarious, entertaining, informative, and I hope it takes off. I rest my case.

That is ADORABLE. I love it. I hope that it does take off.

It took me a couple of cans of ALPO but I sat through it wagging my tail.

Oh my, Jennifer. A woman should never say “I wagged” about anything.

Jayne Cobb: “I could stand to hear a little more….”

Is that The Shaggy D.A. appearing before the Court?

Waiting for the Ginsberg dog to crap on the Constitution…